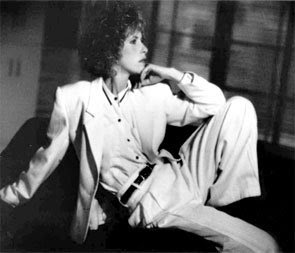 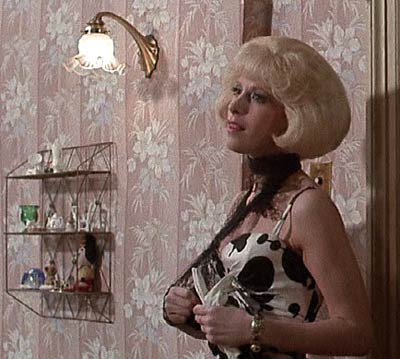 A singer's singer Ellen Greene was about to launch her brilliant new album In His Eyes in 2004 when the following interview took place for
reviewplays.com


Q: Why has it taken you so long to record a solo album?

EG: I did an album as a youngster when I was 21. We worked on ii for a bout a year and a half. It was beautiful. On it was "Never Never Land", "Nights in White Satin", "This Amazing Thing"...it was for Atlantic...and when it was almost finished, I was told that it was not going to be released. I was so in denial, how much that hurt, because I loved recording it. Every time I would record for a show...I always loved recording and making movies, because you're only with artists. Not that I don't love stage and all that, but when you're just around artists, it's all about the creation. There's no response, there's no reward; the reward is the creating part. It's a collaborative thing.
After what happened, for many years I didn't own up to how badly I wanted to record. I've never thought of myself as a singer, but an actress.

Q: You're a terrific one and that's what makes your singing come alive!

EG: Thank you. There are also many other reasons I stopped singing. At Peter Allen's memorial, my friend Don Palladino was out in the audience, and I was singing "Love Don't Need a Reason", and I looked at him and I just knew he was next, and both of us knew. My heart just went into my throat, and I said, "I cannot do one more memorial for someone I love, and I don't want to sing again. "I'll sing for a show, but singing...me, portraying myself, I don't lie...and my heart was broken. When I started singing again with Christian (Klikovits), I realized how much I missed doing it, and he so admired my work, he made me realize that I've always wanted to do an album and was in denial about it. There are so many singers that are better technicians than I, but...

Q: You put your soul into it. And on In His Eyes your voice manages to capture so many different stylings, it's ama

EG: They're really great songs, aren't they? I love the writers I've chosen. They, in my mind, do the songs best. I hope that I add to the renditions. I let you see their words in another way. I'm so very proud of this album.

Q: As well you should be. Let's go back a bit. Now that Little Shop of Horrors is a great big stage hit all over again, and Audrey is in demand, does that part of your life come back to haunt you? How fond of her are you?

EG: I love Howard Ashman. I miss him desperately. That was 5 years of my life. If someone could love a character I've done...means I loved it first. I loved her. She was a sweet brunette on the page. It was one of those times...it happened in my life a few times like In His Eyes and Side Man, the play I just finished at the Malibu Stage...I get on a creative roll and I create something that's beyond me. Certain things happen; it clicks. For Audrey: the voice, the look, the clothes, the hair, the makeup...round enough to fall off the tree like a peach...Howard and I wrote some lines for her; we were very, very close. I knew things instinctually. I'm proud of her. I made her from the ground up. I thought she should be created in the land of Little Shop. Anything that was a little campy got taken out of the script. When I went to say the lines, the voice just came out of me naturally. I felt that she would be dressed-up. What she thought was in good taste, obviously was a little off. I wanted her in high heels, because I wanted her teetering. Just when you got to laugh, she makes you cry. Just when you're about to cry, she makes you laugh. I thought the power of her insides should come out when she sang. That's her inner life, and her outer life...I bought a wig, we cut it into a bob with a duck back. I remember Carol Channing coming to one of the shows and wanting my wig. When we auditioned for replacements, I said, "This character doesn't have to be a blonde. She doesn't have to be dressed like this." I'm proud that everyone loves my take on it, but to me, the key to Audrey is her innocence, her sweetness and how she views people.

Q: Getting back to the new CD, one of my favorite songs is T. Amos' "Winter"!

EG: Isn't it beautiful and aren't you touched? I remember the first time Christian said he wanted to have a tribal feel in that moment where it's the opening up realization that life is going by, and if you don't do something about your dreams and make them a reality and start to love who you are as yourself, then you will not be able to embrace any of those dreams. Who you are is the immense magic. It's a very hard thing for all of us to accept ourselves at all the different stages - the horrible side, the wonderful side, the adorable side - and who you are as a grownup. And then to bring what you learned as a child to that grownup: that is the magic of creativity. That song says so much to me.

to purchase In His Eyes, visit
www.ellengreene.com
Posted by Don Grigware at 8:41 PM No comments: