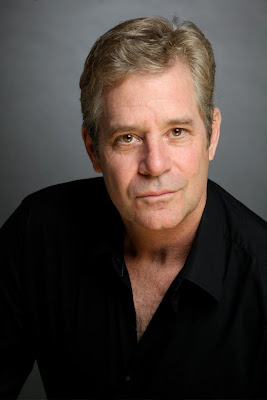 Opening this week in Fullerton at Plummer Auditorium is 3-D Theatricals' production of Jason Robert Brown's Tony winning musical Parade, a show that is rarely if ever revived due to its dark and controversial subject matter. Recently one of its stars, actor/singer Robert Yacko, who did the show at the Mark Taper Forum in 2009, contributed thoughts about the challenges he's facing in Parade.

You're not playing the same role this time around. Talk a little about the governor and how difficult a challenge it is to play him.


This in an interesting part of my journey with Parade, as the Governor is one of the few roles I did not cover or play in the Donmar version at the Taper. And exploring his point of view has brought me to another dimension of appreciation for the entire piece. I have grown to truly appreciate Governor Slaton as a man apart in politics at this time in history. Though full of southern gentleman charm and wit, he also had a strong conscience, and a certain fearlessness about him. In the end he was convinced of Frank's innocence, and he willingly put his political career and possibly his life on the line, to make a highly unpopular decision.
One of the technical challenges of playing Jack Slaton is his being the center of the Tea Dance sequence, dancing up a storm, while being the only one singing, and yet, playing scenes peppered throughout, most importantly, handling Lucille Frank at the end. That is, among other things, a test of stamina. Then, once that scene happens, he is on a relentless quest for the truth, until he makes that fateful announcement. He is a wonderful tapestry of charm and intelligence, who believes that, most often, it is best to catch flies with honey, but he is also a man who will not back down from a fight. Finding that balance in him, and bringing those colors into a cohesive whole is both a joy and a challenge.

Is your role a singing one or non-singing?

My role is definitely a singing one, primarily in the Tea Dance number. Otherwise, I sing in a bit of the group numbers.

How is Parade different from most musicals?

Parade is an extraordinary piece, in the subject matter alone. It is difficult and tragic, and yet, laced throughout is a love story that blossoms in spite of the surmounting challenges that Leo and Lucille face. It is one of only a few musicals that I can think of that tackles the ugliness of prejudice and fear-mongering, while shining a light on the power of love. And Jason Robert Brown's music and lyrics soar, in breathtaking and heart-wrenching songs, all true to the period, bringing the true flavor and rhythms of the era and place, enhancing these multi-layered characters' journeys.  This is a beautiful and complex piece, and one that cannot help but touch hearts and shed light on some of the prejudices still lurking about today.

What do you feel is really special about it?

I think one of the special things about Parade is that love story between Leo and Lucille, a pair in the beginning of the story seemingly without love. But as adversity mounts, their truer natures rise and the walls crumble between them. They begin to see one another in clearer and truer fashion, and they do indeed fall in love, in the midst of the madness. That is the beauty in this story, sending the message that, even in the darkest times, there is hope. Roses do bloom and grow through cracks in the concrete. And Parade shows numerous other people changed by adversity as well, like the Governor finding his conscience, and daring to chuck his career, to be an honorable man, and to do the right thing. There is so much beautiful and raw emotion throughout this piece, that one cannot help but be deeply moved by it all.


Posted by Don Grigware at 1:41 PM No comments: