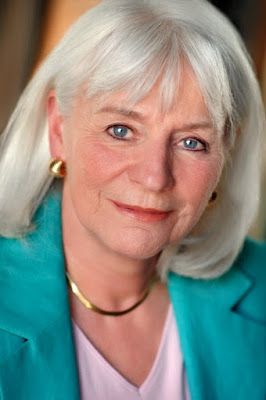 Actress Joanna Miles, who won two Emmy Awards in 1973 for playing Laura in TV's The Glass Menagerie, will co-star with David Selby in a world premiere drama Front Door Open at the Greenway Court Theatre in LA opening November 13. In our talk, Miles discusses the play, her costar David Selby as well as highlights from her career.

Tell me what it was like growing up in France? Were you bilingual?

I was born in France during the war. My mother was an American and we were helped to come back to America in probably forty-two. So, I never did very well with my French. We were a headline in the New York Times as the last Americans out of France. My father was from Europe and happy to get out.

When did the acting bug bite? At a very young age?

My parents were painters and although they both became successful, I found my mother's struggles particularly frightening.  So I decided acting was a better idea. In those days, the business of acting was different then it is now. Work was plentiful. The Stanislavsky Method had just come into being and there were some truly amazing teachers in New York, each of whom put his or her personal spin on it. Harold Clurman. Stella Adler. Uta Hagen. Sandy Meisner. Lee Strasberg. I auditioned and was accepted into the Actor's Studio and had the chance to study with an impassioned group of young actors including Al Pacino, Bob DeNiro, Dustin Hoffman. We lived and breathed acting and would gather at Joe Allen's or Jimmy Ray's to celebrate whatever was happening. 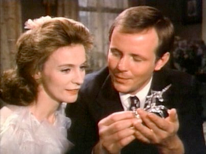 I have the DVD of The Glass Menagerie and love your performance in it. What was it like working with Katharine Hepburn? Did you get along well? What did you learn from that whole experience? Also comment on Sam Waterston and MIchael Moriarty, if you would.

The Glass Menagerie was casting. It was produced by David Susskind and was to be shot in London. It was 1973. I had done the play in stock with Dustin Hoffman. Bill Devane wanted me to call Alixe Gordin the casting director. When I didn't do it, he plugged a dime into the pay phone and handed me the receiver. 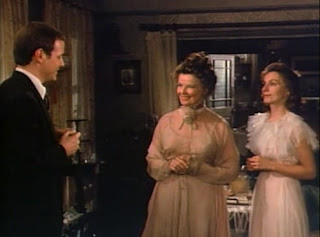 I was asked to read the Gentleman Caller scene, but I had prepared a scene with Amanda. So Katharine Hepburn agreed to read with me, and she cast me on the spot. It was truly a wonderful experience. Katharine Hepburn was an exciting person, who made the set a very demanding place. She even rode around London on her bicycle. It was a pleasure to work with the director Tony Harvey, who had just directed The Lion In Winter. Of course Michael Moriarty and Sam Waterston were the best. Let’s not forget Tennessee Williams who couldn’t have been more pleased.

Tell us about your involvement with Star Trek. It seems that the best actors get to play wildly fun roles in this series. Did you have fun? 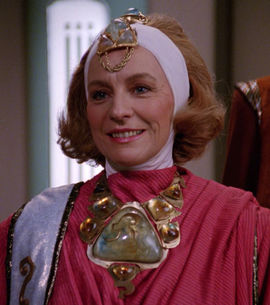 Star Trek was such an unlikely job for me. It was 1991 and I was asked to play the role of Perrin, the wife of Sarek, who was played by Mark Lenard. I'm still invited to Star Trek conventions and frequently asked to sign autographs. Due to the magical mind of creator Gene Roddenberry, my character was Spock's mother despite the fact that Leonard Nimoy was nine years older than I. The sets were something wonderful. I brought my young son one day and the crew activated the doors and set pieces to give him a treat. A lot of it was activated by ropes from the rafters. People seem to be very fascinated with this show.

Any other film role remain a favorite of yours? If so, which one?

I appeared in a film called Born Innocent, which, because of its subject matter, became instrumental in creating the network television family hour. It was about a young girl who was a constant runaway.  She was played by Linda Blair, who is incarcerated and finds herself caught between her brutal peers, her abusive family and the system. I played the only care worker who understood. 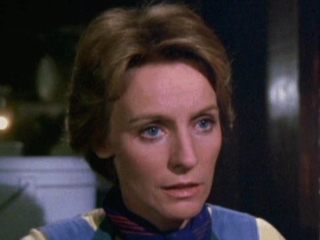 My husband, Michael Brandman, is a producer and in partnership with Steven Spielberg and Kathleen Kennedy. He put together a series of films for television, all written by playwrights. It gave me the chance to work with some pretty impressive writers: Arthur Miller, David Mamet, Wendy Wasserstein and Horton Foote. I appeared in all six films, playing a host of different characters, some of them unrecognizable. 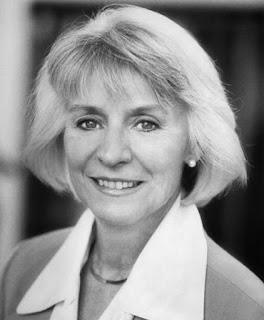 To the project at hand. Tell us about Front Door Open. How did you become involved in this project?

A few years ago I developed a series of short plays called “Women In Shorts”. One of those plays was about a woman with agoraphobia. I went to the writer Tom Baum and the director Asaad Kalada and asked if they would be interested in developing the short play into a full length play. They agreed and here we are.

What role are you playing? Does the play have a topical theme?

The part I’m playing is Eleanor, who has Agoraphobia and hasn’t left the house in many years. In my research I found out that one in fifty people in our country have this problem. The play is also about what this condition can do to the family.

Have you and David Selby worked together before? If so, in what? 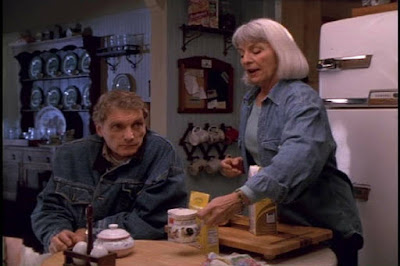 Yes, David Selby and I have worked together before. We played husband and wife in a film starring Hume Cronyn, that Horton Foote wrote about life after his wife and life time partner died. Hume told me that for years he developed work for himself and Jessica Tandy. He didn’t wait around for someone to offer him something.

What other observations about the business today would you care to comment on? Are you happy with where you currently are?

As I mentioned at the outset, the business has changed significantly over the years.  There was a time when there were plenty of roles for older actors in movies and television. Those days are gone. Unlike England, where older actors are celebrated and important work is plentiful, here they're put out to pasture and are rarely, if ever, seen again. I'm proud to be active in the west coast branch of The Actor's Studio. I'm delighted to be acting and writing and even producing plays in the vital and energized Los Angeles theatre scene. 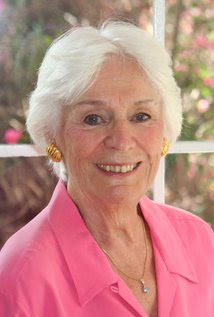 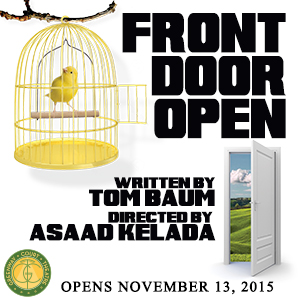 Posted by Don Grigware at 6:52 PM No comments:

The Road Theatre Company is proud to present Lisa Loomer’s amazing world premiere play HomeFree at The Road on Magnolia in the NoHo Senior Arts Colony at 10747 Magnolia Boulevard in NoHo, opening Friday September 18. There are three free previews Friday September 11 at 8pm, Saturday September 12 at 8pm and Sunday September 13 at 2pm, followed by previews on Wednesday September 16 at 8pm and Thursday September 17 at 8pm, both at $15 general admission.
Over the next several weeks we will be spotlighting the cast and creative team for the production. This week the spotlight is on multi-award-winning director extraordinaire Michael Matthews.

Matthews was artistic director of the Celebration Theatre for 3 years. During that time in 2012 he directed The Color Purple on the tiny stage, virtually impossible to conceive. He carried it off brilliantly winning the Ovation Award for Best Director. The production won 6 Ovations also including Best Production. Other stellar directorial achievements include The Women of Brewster Place and the acclaimed 3-D Theatricals production of Funny Girl. This is his first directorial assignment at the Road.

What are the challenges of directing this play?

HOMEFREE is a World Premiere and premieres are always challenging for me as there are always changes and cuts and edits and crafting the words to the voices of the actors. As much as it is a challenge, it is also what I find to be incredibly rewarding.

Is it different from any of the other plays you have helmed? If so, in what ways?

Every play I have done has been pretty different, maybe some similarities but not many. I am directing this play as a modern urban fairy tale. These kids have run away from home, homes filled with abuse, no love, and never really a "home". They find a "home" in each other, protection, and find a way to put back together the broken pieces of their lives.

What message does Lisa Loomer drive home in HomeFree?

Lisa met these kids, some of them. Some of them are based on real people, some are fictional. She would see them as people passed by on their way to the theatre. Now you spend an evening in their shoes AT the theatre and watch the world of the play through their eyes, their experiences, what they feel, and how they survive.

What is it like working at the Road? Tell me about your cast.

I am having a great time!! Everyone is quite lovely. The cast is a mix of younger and older and coming together to create a fantastic ensemble to tell this play with full heart, love, and being completely self-less. For me, that is the most important ingredient in telling this story.

How do you feel audiences will react to the play? What do you hope they will take away?

I want our audiences to lean in and not pull away. I want for them to not only see the world in which these characters inhabit but also feel the pain, the darkness, the glimmers of hope, and how we cope; how we relate. Underneath it all, this is a play on the human spirit and the search for hope and home in what can be an utterly dark and complicated world.

Posted by Don Grigware at 11:26 AM No comments: