Director Shira Dubrovner serves as the Artistic Director of the Mammoth Lakes Repertory Theatre and the Festival Director of the Mammoth Lakes Film Festival. As a past member of the Group Repertory Theatre she is excited to be back and thankful to Larry Eisenberg and Chris Winfield for giving her the opportunity to direct R&J. Some of her favorite past directing projects include Broken Glass starring Robert Picardo, GRT productions; Sylvia, Nuts, Veronica’s Room and And Then There Were None. 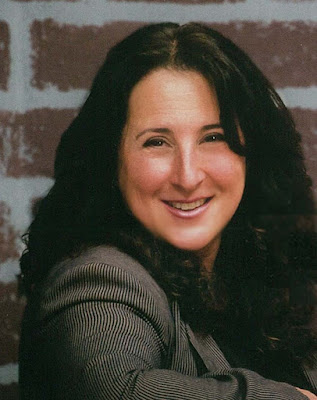 What was the genesis of the change-up of ROMEO AND JULIET?


I have always loved placing Shakespeare in different time periods and seeing what new breath gets infused into the text. Changing the time period and incorporating the events that go along with that time period can add a new level of meaning to the play, making it more current and relatable. Many purists may not enjoy this, but I always get inspired when I go to Oregon Shakespeare Festival and see what their twists and turns do to the bard’s work, which was written over 400 years ago. Coming from an Orthodox Jewish upbringing and being the black sheep of the family and being told that I would be disowned if I ever married someone non-Jewish has always stayed in the back of my mind. One day I was thinking about R&J and the most famous line - “But soft, what light through yonder window breaks,” and I pictured the Sabbath candles in a window and that was the beginning. I have also been obsessed with how the Holocaust came about and how one man convinced an entire nation that this was the right thing to do. It didn’t happen overnight. Then I started thinking about everything that led up to 1939 and all the warning signs. While doing research, I found so many moving images that I realized have not been seen by the public because the focus has always been on the images right before the Jews were taken into the concentration camps. There was so much more that led up to that event that I wanted to share these pictures with society to remind them. From that came the idea to add in a multi-media element of slides projected throughout the show that really places us in Berlin in the 1930s.

This version of ROMEO AND JULIET had its world premiere at Mammoth Lakes Repertory Theatre where you serve as Artistic Director. How was this version of the play received by the audience? Did this version bring up other talking points with audience members?

Even in Mammoth Lakes two years ago it was very relevant especially because it was right before the elections. And now with where we are in our present state of affairs it seems it is even more relevant. This show is not so much about the Holocaust but all the warning signs that led up to it. There was about a decade of hate propaganda that Hitler promoted, starting out by making promises of changing Germany into a better country. He took advantage of the country's fear and desperation as it was coming out of the depression after WWI. He promised to make Germany a better place with a better economy. It sounds all too familiar to me. People who attended the show in Mammoth were really moved by it and I hope that people are more moved this time as well.

I have added a couple of new elements in the multi- media portion of the play. There are slides that are projected during the show with facts from the 1930s that led up to the Holocaust accompanied by photographs from that time period. It really helps the audience go back in time and puts them in that era.

You have a relationship with the Group Rep that has brought you back to direct plays for the company. How did that come about?

I joined the GRT back in the late 90s while Lonny Chapman was still alive and the Artistic Director. I had just come from studying with Salome Jens and felt that working at the GRT was a place that supported artists and new directors, that wanted to develop works and get them up on stage. It is a true theatre company that is a supportive community and even though I moved out of LA 10 years ago, my heart still stays with the GRT. That is why I love to come back every so often and direct a show here. I would like to think that Lonny is looking down at me and saying, “ Good work, Kid”. He really supported artists taking chances and pushing limits and I think that is what this production is about.

Tell us a bit about this production of ROMEO AN JULIET as it relates to Shakespeare’s original play.

I think that R&J is at its core about the damage that hate causes, and unfortunately that hasn't changed. I think people will be producing this story for as long as humans exist because it is such a universal story that all human beings can relate to.

What do you want the audience take away to be?

To be aware of society When it doesn’t feel right you must stand up and speak against injustice. The Holocaust was not that long ago and so much is happening in the world today that shows us we haven’t learned our lessons from history. It can easily happen again. We need to remember the past and stop repeating it.


Posted by Don Grigware at 5:00 PM No comments:

Broadway veteran actress/singer Desi Oakley is essaying the role of Jenna in Waitress on tour, currently at the Hollywood Pantages through August 26. Oakley took time from her busy performance schedule to discuss the show and what it means to her. I have not seen Waitress. Tell our readers if your character Jenna is a waitress, where she works and specifically how the plotline develops in the show. Does she have a romance with her boss? She must champion some cause for women, or does she?

Jenna is the girl next door, born and still living in a small town. She is in a loveless, abusive marriage and finds out she’s pregnant. As an expert pie-maker at a diner, she has developed a bad habit of baking her problems into her pies instead of facing them. She is kind down to her bones, and has a big heart. But her circumstances have only pushed her dreams further from reality. Between her two best friends at the diner, the owner of the diner and even her gynocologist — she slowly starts to recognize her reality. Waitress is the story of Jenna’s eyes being open to her potential and her journey of taking the risk to fight for more in her life.

What is the most fun for you to do in this show?

Perform with the band onstage. I love that our band is on stage with us. It makes the music really come alive. The band isn’t hidden beneath the stage, they are a part of this story. Since they’re right up there with us, they can help us tell this story and connect with us and the audience in an awesome way.

What is challenging about playing Jenna?

Jenna is a complex character, with many layers. It is a challenge to portray such a real human without allowing myself to integrate into the characterization. Separating myself from Jenna is a difficult task because I relate to her in many ways. But on the flip side, her struggles are different than mine, and it's hard not to carry those home with me each night.

Is this your favorite role so far in your career? Why this choice?

Yes it is. Jenna is down to earth, real, and tangible. The story is an important one that I believe people need to hear, especially now. 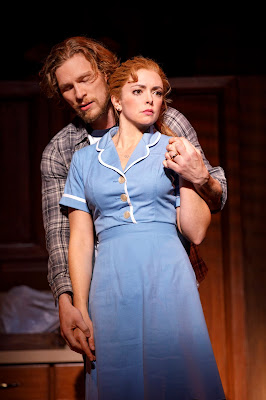 Tell us briefly about playing Evita and Elphaba in Wicked.

I’ve been really fortunate to be a part of some iconic hit Broadway shows.  It is both exciting and humbling to make a small splash in Broadway history.

Who is your favorite composer of all time? Do you have a favorite show? Explain your choices.

My new favorite music theater composer is Sara Bareilles because she’s a genius. She was the perfect person to compose the score of Waitress because of her tounge and cheek lyrics and sarcastic wit.

Any role on stage that you are just longing to play?

My dream role is Millie in Thoroughly Modern Millie.

I understand you recently sang "Frozen" at a concert? How thrilling was that for you?

I sang "Let it Go" at a Broadway Princess Party concert at 54 Below. I did the Demi Lovato version to switch it up, and it was a blast.

Back to Waitress...tell us why audiences should see this show.

Audience members will love Waitress not only because of the wonderful music and dynamic characters, but also because this is a real story that will make audiences think. It is a down-to-earth story that allows audiences to be introspective -- considering their lives and others'. It's a deeply-connected story of hope, self-acceptance, and love accompanied by Sara Bareilles' brilliant score and served with the aroma of pie. What's not to love?

Posted by Don Grigware at 2:16 PM No comments: