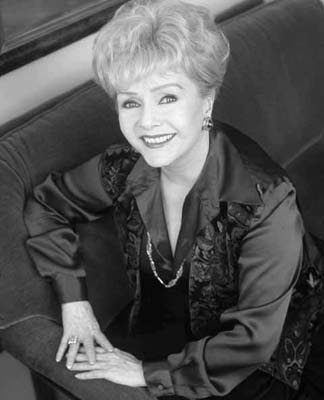 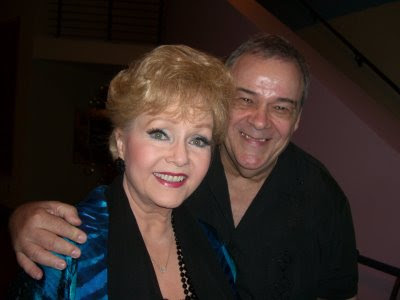 Debbie Reynolds will return to the El Portal from April 29-May 10 for her delightful evening of comedy and song.
When I interviewed her in 2004, she had me in stitches as she answered a question doing a Bette Davis impression. After all, who better than Reynolds to do her? She played Davis' daughter in The Catered Affair. She also does Ann Miller and others. What a talented mimic! Reynolds is no stranger to the El Portal. At the time of the interview she was about to do a benefit of Love Letters on its Mainstage with John Saxon.

Q: How often do you perform your one-woman show?
DR: I do 42 weeks a year, on the road doing night clubs and Vegas, Reno, Tahoe and Atlantic City and all the Indian reservations and different big civic theaters, like the Alex in Glendale. I've been doing that for 30 years or so. Every year I do a Florida tour.

Q: How often do you change the show?
DR: I change it every year. Different songs, different openings...I just put in a new 40s medley. My audience likes that. A Gershwin medley.

Q: You're still in great voice!
DR: Well, I learned years ago from Jack Benny, who used to stay at my Palm Springs house... he used to practice the violin. I'd say to him, "Why don't you just fake it for comedy?" He'd say, "No dear, that's not how you do it. You have to keep practicing, if you're really going to be good."
So, it's the same with the voice, you have to keep singing.

Q: Any comment about Ann Miller's recent passing?
DR: I was just devastated. She was one of my favorites, as well as of many others. At MGM, we were all under contract. It was like a school. Everybody there: Ava Gardner, Lana Turner, Janet Leigh, Janie Powell, Kathryn Grayson, we were all friends all these years, since 1949. It's tough when you lose the funniest one. Annie was so loud. She said to me two weeks ago, (in best Miller voice) "Debbie, let me ask you a personal question. Why are you still working? It's ridiculous, you know what I mean, we could go to parties and we could play!" That was just two weeks ago. She had lung cancer, but she didn't tell us. She had osteoporosis, and with an 8 inch bone loss, her head was down on her shoulders. That was clearly why she developped all these other problems. I mean she didn't smoke. She was an athlete; she was a great dancer. She was in top condition when all this happened to her 8 years ago. It was just horrible! She was just fabulous, a greater talent than anyone I could say! She's going to be terribly missed. She had no family, so it's up to her friends to give her a farewell. She was one of a kind.

Q: Why Love Letters?
DR: It's fun to get back to acting. I do Will and Grace and a movie once a year, when you can find a part for older women, or a fun part. There are so few. It hit my fancy. I'm doing it for me.

Q: The El Portal has been in your neighborhood since you were a little girl, correct?
DR: I used to ride my bicycle to go to the movies there for 10 cents. I lived 12 blocks away in North Hollywood. I was raised in Burbank, right on the edge, on Evergreen Street. I was Miss Burbank of 1948 and I'd ride my bike to the El Portal with my girlfreind Jeanette from age of 8 to 17 years. She's coming to see the show. "Is it still pretty, Franny?" (Francis is her real name.) I said, "It's much prettier, Jeanette, you'll see, it's going to cost you more than a dime!" "Should I ride my bike?" I said, "No, bring your Rolls!"

Q: I just saw you in The Catered Affair the other night on TCM (Turner Classic Movies), and Robert Osborne was saying how the movie was a turning point in your career. You were terrific in it!
DR: Well Richard Brooks (director) didn't want me for the part, but...I was under contract, so Mr. Mayer said, "But, you've got her!" So Brooks was really tough on me, but Bette Davis and Ernie Borgnine were great, and Rod Taylor was wonderful.

Q: So were you!
DR: It's amazing, but when I look at it, I was 20, and certainly untrained. They certainly were not thinking of a dramatic actress. They took me out of my tap class and said, "You're doing The Catered Affair". It shook me up, and I had to work really hard. Bette Davis and Ernie Borgnine got me through it, not Richard Brooks. He considered me a brat. But...(she launches into her best Davis impression)...that's where I started imitating Bette Davis and doing impressions.

Q: What's your funniest Bette Davis story?
DR: She and Gary Merrill, to whom she was married, were so ill-matched. He used to come in drunk on the sound stage, wearing a little beanie with a propeller on the top. Then we'd try to do a serious scene. It was a very strange mix. There was Barry Fitzgerald with the Irish voice (she imitates his brogue) and you had BETTE DAVIS and you had Gary Merrill with the beanie and then you had Marty/ Ernie Borgnine sitting there, a serious New York actor and then Rod Taylor from Australia, trying to do an American accent. And then you had Tammy who wasn't yet Tammy. And then the cameraman who tried to run the camera over the director; they hated him so much. It was a real mixture of emotions, but all the actors loved each other.

Q: Was Bette easy to get along with?
DR: She was. She was older at that time, and she wanted to look very ordinary. It was miscasting in a way, but she did it very well, and she was very kind to me. Ernie would tell me, "Don't try to play the scene, just be it!"

Q: What are your more recent memories of Mother with Albert Brooks?
DR: I was very lucky to get that great part. Albert is such a wonderful writer and director. It was a tough movie, because it's really a two-person show. So much dialogue, and you had to underplay. Again, like The Catered Affair, understated. Also, the reason I wanted to do Love Letters. I mean I love doing my act, but I miss acting. I wanted to do Mother on television, but Albert doesn't do television.

Q: What about a project for you and Carrie (Fisher)?
DR: We'd love it, so I told her, "Write something!" There's nothing out there. You have to write your own material. We're available.

Q: What's next for Debbie? Another book?
DR: A Disney movie for children, called Halloween Town. I turned down 42nd Street for Broadway, because I don't want to do 8 shows a week.

Q: And Unsinkable Molly Brown in Long Beach was your last musical onstage, right?
DR: It was too much... dancing. When you're doing flips in the air and that kind of hard dancing ...I was 62 at the time, now I'm 71...I don't think I should do triple flips off the bar. I think you should control yourself a little bit, so you can walk, and when you die, you can walk to your own funeral. (we laugh)

Debbie Reynolds is happy with her accomplishments, but talked about building her Motion Picture Museum in Tennessee due to the lack of interest in Hollywood. This is something that she truly wants to happen. From my understanding the project is supported by Dolly Parton and in 2009 is still in the works.
Posted by Don Grigware at 8:10 PM No comments: 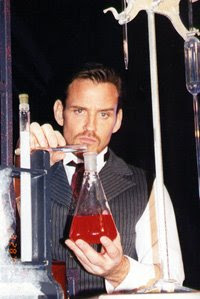 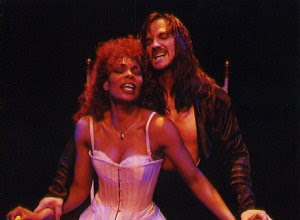 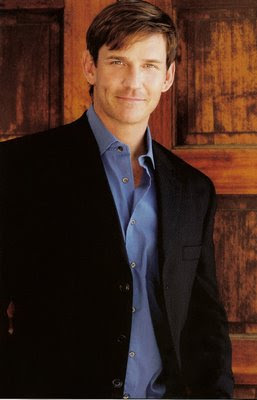