The Road Theatre on Lankershim is proud to present the world premiere of Death House by Jason Karasev that first bowed as a staged reading in August of 2017 at the Road's Summer Playwrights Festival. It's a scintillating look at prisons and the death sentence as told through the struggles of an inmate on death row, the prison chaplain attending to her and the new pastor. Each week through March 10 we will spotlight a member of the cast or creative team. This week we shine the light on Chase Cargill. 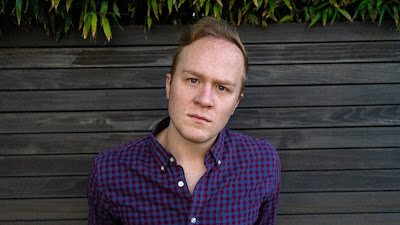 What character do you play in Death House?

Allen Coiro. He's an ambitious, passionate young preacher who is training as Death House chaplain, set to take over for George. He is inheriting the "keys to the kingdom" from his idol and inspiration, and he is determined to do good for his community by serving those affected by horrific crimes.

What challenges have you faced as actor of the role?

I think it's important to know what Allen is hiding at any given moment, and how best to play that secret. There are so many layers to this amazing play that Jason (Karasev) wrote. Being able to stack each piece of backstory in my mind and allowing them to unravel throughout the course of the play has been a real challenge, but one I have seriously enjoyed. That and the whole being open thing!
Tell us about your director and fellow cast members.

Michael is great with moment to moment work. He really likes to dissect a scene and find out what is happening underneath the dialogue, and what our characters might be doing in order to protect themselves or achieve a certain goal. Diving in to the intention of a moment and breaking it down to its bones is always a challenge, but he was definitely up for it!
Sam and Verity are two of the best actors I have ever worked with on stage. I know it's mushy! But I mean it...these guys make me strive for something beyond excellence every single day and I am immensely grateful for their talent and hard work.
What do you hope audiences will take away?

To me, this show is about healing. I hope people are able to feel the message underneath that has always spoken to me so deeply; we are all more alike than we think, and forgiveness is achievable, given the right perspective. It's a message we need right now. Kudos to that Karasev guy.

Death House plays Fridays and Saturdays at 8 pm and Sundays at 2 pm through March 10 at the historic Lankershim Arts Center at 5108 Lankershim Boulevard in North Hollywood. Arrive early to ensure street parking.
Posted by Don Grigware at 10:42 AM No comments:

Over the past six years International Recording Artist Lyn Stanley has sold more than 38.000.albums - currently worldwide, but before that time she had had absolutely no singing experience whatsoever. I, like practically all journalists, was amazed to hear this. "Not even singing along to background music on the stereo or radio as a child?" I asked. Directly and sincerely she replied, 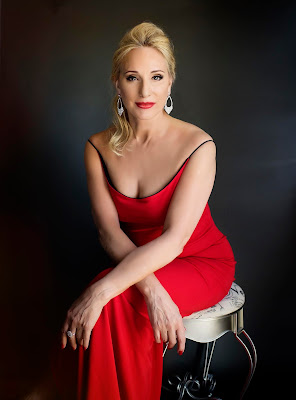 "My estranged father, a traveling salesmen, was a self-taught jazz pianist who learned by ear and tried to mimic great players like Erroll Garner and Art Tatum. He would hit jazz clubs after hours and was often welcomed to sit in. My mother was of the era when swing dancing was the rage and she got good enough that if a fella could not dance he was more or less ignored by her. My parents separated when I was 8 years of age and my time with dad had diminishing returns as he went on with his life. He married a total of three times.In my family the arts were not encouraged, only material success and level of education required to achieve it were viewed positively.That said, in my high school freshman year a choice was offered to me by the music teacher to have a music elective but I decided to use the same period to become a school cheerleader. This audition was about the end of my singing exploration. Hence the curiosity to know if I even had a voice as I entered middle age!"

So, with no background singing experience under her belt, what has enabled Lyn Stanley to be so ahead of the game within this short period of time? How has she managed to overcome the obstacles and come out a winner?

Firstly, let's take a look at the musical role models who inspired her. Who told her that she could in fact sing? "I met famous pianist/accompanist Paul Smith at a benefit. I introduced myself to him and eventually to his wife Annette Warren Smith, a vocal coach. She auditioned me and that is the very first time from what they told me, that I learned I could sing." When i encouraged her to be more specific about the training she received, she proceeded to tell me.

"I was encouraged by Annette and Paul’s interest in me as a singer but not convinced I would be good doing it professionally. If anyone else had told me these things I would not be a singer today, for sure. At the time with all their experience I did not think they would steer me wrong. Annette encouraged Cabaret work for me. I was never interested in becoming a Cabaret performer. This was too much Broadway influence. The idea of a trio was much more appealing to me than a piano and a singer telling a story. In training with Annette and Paul.. Annette focused on vocal exercises and Paul focused on jazz interpretations. Instinctively I know there was not much money to be made in Cabaret— except for a handful of established artists— so I jumped into jazz and never looked back. I was willing to be labeled classic or stylist.. but now got to play within the notes and explore interpretations."

"I needed to know how to put on a show so this is where I studied with Erv Raible at Yale University in the summer of 2010. He brought in Amanda McBroom, Tovah Feldshun, Alex Rybeck and others as instructors to teach 27 of us from around the world who won in an open call. I came back from Yale “hot” to do a show and Paul Smith agreed to be a guest performer. Packed the house!" A few months later she was recording her first album Lost In Romance.

Often referred to as a song stylist, Stanley does possess a unique vocal instrument, a deep sultry voice. But, even with a fine voice, success is never a guarantee. "Annette would say to you that there is one common denominator with all successful singers— be and sound unique- unless your goal is to be a cover artist. Having the “it” factor is key and never try to imitate—to make it on your own. There already has been a Chet Baker.. we do not need another even if he plays another instrument. There’s already been a Julie London too. Be different; be unique; get money or have money to get your product out there. No one needed another Frank Sinatra— so why pretend to be him if you are his son."

Sage advice that Stanley adopted and her uniquenss has assisted her in recording not one or two, but six albums in six years and every one has been a best seller. In Japan, she is revered as one of their favorite jazz artists.She makes several trips there per year and sometimes sings live on radio or television talk shows.

Lyn Stanley learned quickly. She started in one market and then expanded to a broader jazz market. Now, as I mentioned at the top, she has worldwide distribution. She learned to hand pick her musicians, market her album, including designing the covers and hiring her own expert photographers and, believe it or not, send out copies herself. She has done a multitude of audiophile shows and learned from the ground up, honing her craft.. Times have changed and she insisted on inviting her fans to join an exclusive club on FB. Stanley continued to put her fans first in all her projects, to this very day. On FB they are able to approve or disapprove of her choices in writing. They make requests and she listens. She also answers most posts with honest replies. She wants their feedback. "The music business has transformed so much, you need to reach out and make contact with the fans.They tell you what they like and what will sell."

I wanted to look for other accomplishments in her life.before singing, that might justify her propensity for success. There are a couple of major ones that I must relate.

A communications major in college, Stanley had previously worked for top ad agencies in Los Angeles where she had to compete in a predominently male world. Needless to say. she came out a winner there as well, at one time a Doctoral candidate, and teaching workshops and college classes..

Just for relaxation she took up ballroom dancing and became an amateur champion ballroom dancer in International Standard. At one point she had an accident, rupturing her achilles tendon, but was back on her feet dancing after a short recovery. She set her mind to win and she did. She did not allow anything to stand in her way. .

With so much success behind her in these totally divergent worlds, the big picture started to become clearer to me. A hard-working, driven person develops skill and the stamina to break down any or all barriers.

Within a year of each other, she has produced the previously mentioned Lost in Romance, Potions, songs from the 50s, Interludes, Moonlight Sessions, on two discs, and the latest London Calling, a Tribute to Julie London. A live to disc recording D2D (Direct to Disc) called London with a Twist is in progress. In fact, a single from it is already receivng air play. When the album is released this spring, it will be her 7th.There is no stopping Stanley's passion and ambition to move further up the ladder..

She addressed her fans on FB, "I have been invited to write an artist/audio column for a well-known 30 year old audio magazine. What should I call my column's title? "Sweet Audio" comes to mind, but I welcome your suggestions. Eventually, I will be writing a book about my journey in music and this would be part of it.".

It is of prime importance to reiterate that unlike most singers, Lyn Stanley has delved personally into every aspect of recording. She picks musicians who write beautiful arrangements and has contributed to these arrangements. That's what makes a difference...that's why she is a complete success, incorporating everything she has learned in education, in business and in dance and allowing all of it to help shape her music.

Total success depends upon steady impovement. Stanley always works at improving her craft and for that reason, does read the reviews. "My thanks to reviewer C. C Michael Bailey for his unwavering support of my work. Jazz critics like Michael keep the blood flowing in our jazz veins as he appreciates all the nuances of change and invention associated with this art."

In conclusion regarding her efforts, Stanley said wihout reservation, "Self funding is a big challenge as you never know when the ball of success will drop. If you fail with one album it will take two or three more to get redemption. It’s a huge risk. A lot are out there and will only go the vanity album distance.They might be afraid to fail I do not know". 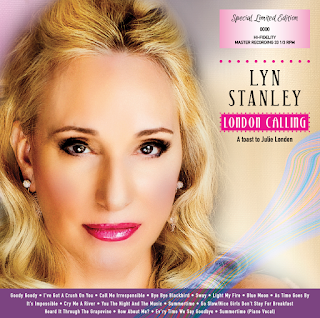 Downloads and Super Audio CDs may be purchased at:

https://LynStanley.com
Posted by Don Grigware at 4:33 PM No comments: