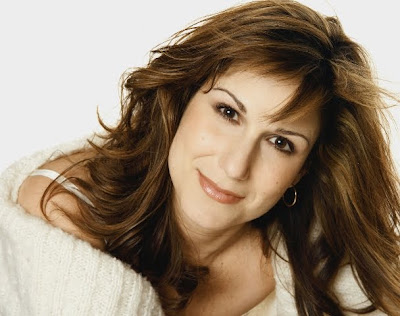 Actress/singer Stephanie J. Block who recently starred on Broadway in The Boy From Oz, The Pirate Queen and 9 to 5: The Musical, as well as winning a Helen Hayes Award for playing Elphaba in the National Tour of Wicked, is about to open the new season @ Reprise Theatre Company co-starring with Jason Alexander in They're Playing Our Song on September 28. In our chat she talks about Song, Sondheim and other theatrical passions.
Q: I don't know if you knew, but I singled out your CD This Place I Know as the best of 2009 on my year-end list. Great stuff! Are you planning another one?

I didn't know I made your year-end list. Thanks so much for selecting This Place I Know. I am proud of that album and am SO happy to hear people are responding to it. So thank you.
I really would like to record a live Christmas album. I would perform 2-3 concerts and record each one, then choose the best from each performance. The timing can be a bit tricky with a live Christmas album though, as it would have to be recorded months before the holiday season in order for it to be mixed, mastered and ready to go by the holidays... So I would have to sing carols in June and that's a little weird for a live audience. Hmmm... it seems I need to rethink this idea.

Q: Tell me about your role in They're Playing Our Song and its challenges.

I play the role of Sonia Walsk in They're Playing Our Song. She is a lively, passionate, quirky lyricist. Sonia is wonderfully challenging and slightly challenged. She is so vibrant and honest, but her stream of consciousness is all over the place. She has an extreme case of A.D.D. And however fun and charming this may be to watch... memorizing her speech is extremely difficult.

Q: What has been your most challenging role thus far? How? Explain.

Grace O'Malley in The Pirate Queen has been, by far, the most challenging role of my career. The magnitude of that role was/is indescribeable. I believe I sang over 20 songs. I had 3 sword fights, I propelled from the proscinium, I "gave birth" onstage and then stage battled, I... I walked through a wall of "fire". It was 2 1/2 hours of pure adrenaline and energy. Grace was a powerful character and I loved her... but I was exhausted!

Q: I loved you in 9 to 5. Why do you think it was less successful than anticipated? It should have had a longer run on Broadway! You were all terrific in it and Dolly's songs were wonderful. Are you going to do the tour?

I agree with you that 9 to 5: The Musical should have run longer on Broadway. That show was pure fun and it was contagious. Its premature closing will be one of those questions I will be asked (and continually ask myself) and will never have an answer. I really believe that if we could have stuck it out a bit longer, word of mouth would have helped to keep us on Broadway. The response we got from the audience night after night, and the reception we would receive at the stage door was overwhelming. I miss it everyday.
I will not be going on tour. They have a brand new beginning with the tour and I know they are planning some significant changes. I wish them tons of success and hope that the level of respect and joy is as great as it was with our cast and crew on Broadway.

Q: What has been your favorite role to date and do you have one that you really want to play?

My favorite role is a toss up between Elphaba and Fanny Brice. But, I gotta tell ya, Sonia Walsk is quickly becoming a top fave.
As far as a role I would love to play in the future... I really have the desire to work with Stephen Sondheim. Any part. Anytime. Anywhere. I do think I would make one heck of a Baker's Wife in Into the Woods.

Q: Who is your favorite composer? Why?

Oh gosh, I have many composer/lyricists whom I just admire and adore. As I mentioned already...Stephen Sondheim... genius. I also think Stephen Schwarz is a tremendous talent. His music helped shape my love of musical theatre and his songs stand the test of time. And, my heart really responds to the music of Stephen Flaherty and Lynn Ahrens. Wow, that's a lot of Stephens.

Q: Is this your first show for Reprise? Do you think there may be a major revival of They're Playing Our Song? Would you like to go on with it?

I have performed with Reprise before. I was in their production of Call Me Madam with Karen Morrow (many moons ago). And I also played Gwynne in their Bells Are Ringing starring Carolee Carmello. Both were terrific experiences.

I do believe there is an audience for a revival of They're Playing Our Song. Everytime I tell someone I am doing the show, there is a happy gasp and then an "I love that show"!! Jason [Alexander] and I are having a ball. And the work that Lonny Price has done with us and with the material, has reshaped the piece in some really wonderful ways. I think any play written by Neil Simon is worth reviving... who doesn't want to watch two interesting characters deal with a complicated relationship through humor, heartache and music... It's life and it's real and it's done through Mr. Simon's words, Mr. Hamlisch's music and Ms. Sager's lyrics?! I mean, come on.

Well, I'm hoping if Sondheim reads this article.... he's going to call any minute.
I hope so too. This very talented lady deserves to be back on Broadway in a great big Sondheim show! Don't miss They're Playing Our Song playing Tuesday September 28 through October 10 at The Freud Playhouse @ UCLA. Call: UCLA Central Ticket Office: 310/825-2101 or visit: www.reprise.org

Posted by Don Grigware at 4:25 PM No comments: 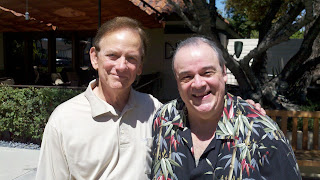 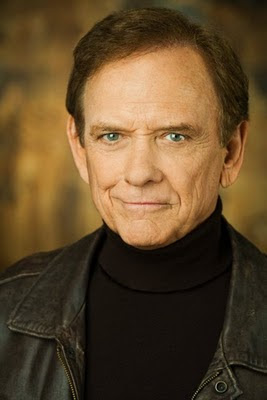 Popular TV/ film/Broadway actor Monte Markham will play Antony in a scene from Antony and Cleopatra for CART (California Artists Radio Theatre) on October 9 at the Beverly Garland Hotel in NoHo at 1:30 pm. Markham is well known to TV/film audiences for his consistent work in TV series, MOWs and theatrical movies for the last 50 years. He is also producer/director of a series of acclaimed documentaries which have changed the face of Cable TV, since before the History Channel began. He started his Broadway career in 1973 co-starring in song and dance with Debbie Reynolds in the musical Irene, for which he won the prestigious Theatre World Award. In our interview he concentrates on his roots in and passion for theatre, and may I add with tremendous intelligence, wit and integrity.


If you had to sum up your career so far, what would you say?


visit:
www.calartistsradiotheatre.org
for more info and to purchase tix

Posted by Don Grigware at 4:13 PM No comments: