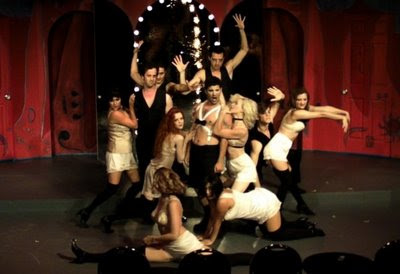 Eduardo Enrikez is a talented actor and producer whose company Canary Productions is currently producing Cabaret @ The Met. 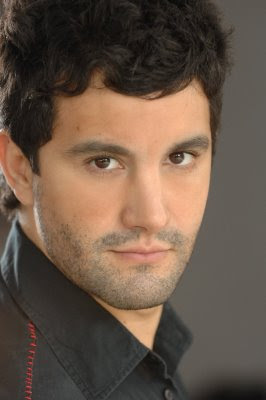 Enrikez is playing The Emcee, following an acclaimed performance last fall in Blood Brothers @ the Whitefire Theatre in Sherman Oaks. With British musical theatre training under his belt, Enrikez discusses theatre here and across the Pond.

Q: Have you ever seen Joel Grey do it? Did that influence you in any way?
EE: I've never seen the movie..maybe once our production is finished I'll venture into it.

Q: What do you feel is special about Cabaret?
EE: Honestly Cabaret was not one of my favorite shows, because I'd seen too many bad productions that kind of alienated me from the material..It's a brilliant story when told correctly, that's what I told my producing partner Bonnie Mcmahan. We decided to create a Cabaret that's true to the story and the characters that live through those difficult times.

Q: Is this your favorite role in musical theatre so far? Why? If not, what is and why?
EE: This is way up there as one of my favorites...It's funny how things work in life. At first I was just going to produce the show...Then I was cornered into producing and becoming the EMCEE which I'm grateful for...
One of my favorite roles has been Bat Boy in Bat Boy the Musical...a very tragic and touching story about a being that just wants to feel loved and accepted. And Raoul from Eating Raoul was my first professional Job in London after I graduated from the Royal Academy of Music in London...Talk about being thrown into a lead at a very early stage in my career...that was an amazing experience...

Q: How do you feel about training in London? How is it different from the training one receives here?
EE: Theater in London or in the UK is an institution...People don't study to become film actors or TV actors over there..They study acting. I sometimes feel that in LA the training is all about how to get in FILMS and TV...I feel there's something missing.
Q: Have you been in New York to experience theatre there? Do you think there are differences?
EE: I've seen many productions in NY but I have yet to venture into The NY scene but it's on my List...Like every Actor that lives in LA will tell you, I came out here to do more films and TV work....I just was miserable not being on stage...It might not have the same financial reward but it feeds my soul and my passion for creation...I just can't do without it, whether it's in London, NY, or LA!

Q: Who are your favorite actors? Anyone had an influence on your work?
EE: I'm a huge Robert Downey J. fan, John Cusak, Sean Penn, Mandy Patinkin to name a few..
They are real talents that aren't fame seekers...They're true to their ART and Their Passion and that sometimes gets them in trouble...but they always stay real to WHO they are. I appreciate that!
Q: What role do you yearn to play and why?
EE: I'd Love to Play Che in Evita...George In Sunday in The Park with George..
Che because of the passion that comes from his presence in the story;
George because I truly believe life is white "a blank canvas"... what does he see?..."so many possibilities".

Q: Who is your favorite composer? Why?
EE: Sondheim...His ability to understand longing is brilliant.
Boubil and Shoneberg...They create anthems of love and passion... something greater than oneself.

Q: You seem suited to playing character roles? Is there a particular process that you use?
EE: Yes, I tell the truth...whether it's good, bad or ugly, my characters are always grounded in truth...When I am affected by something is when I become most effective.

Q: Anything else exciting in your life right now?
EE: After Cabaret I'm off to Miami to workshop a new musical by DESMOND CHILD called CUBA LIBRE...I'll playing Fidel Castro... very exciting!!!
To everyone out there, come see a Raw and Sexy production of Cabaret...NOT TO BE MISSED!
I'll second that! See my review on my review website!

Posted by Don Grigware at 12:14 PM No comments: 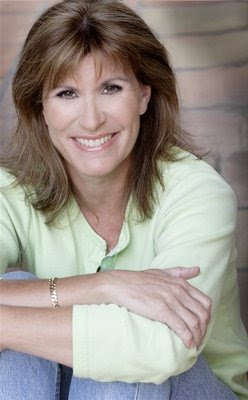 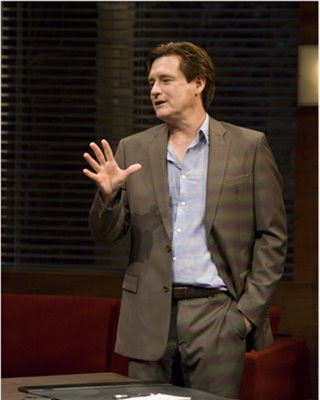 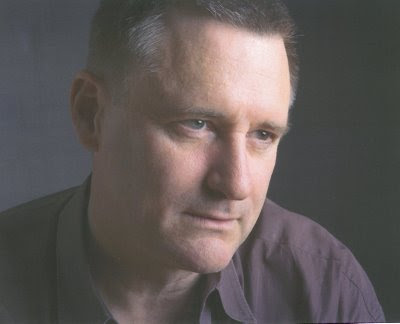 Bill Pullman will open Friday, June 5 in David Mamet's Oleanna at the Mark Taper Forum. He has championed the common man in a variety of film roles over the last couple of decades, including Meg Ryan's unappealing finance in Sleepless in Seattle, and other memorable characters in classics like The Accidental Tourist, A League of Their Own and Sommersby. He's even played the Commander in Chief of the United States, but a very human one in the midst of peril, in the mega-grossing film Independence Day. No stranger to the theatre, on Broadway Pullman created the straying husband in Edward Albee's brilliant The Goat, or Who Is Sylvia? An actor's actor, Pullman recently earned an honorary doctorate from my alma mater the University of Massachusetts, Amherst. In our talk, he discusses Mamet's play, and his favorite roles on stage and screen.
Q: Why is Oleanna relevant to today's world?
BP: The play stands on its own as a very interesting document of two very personal responses to an issue that gets emtionalized in a very extreme way. But then also there are the issues of higher education and... sexual politics... and how they are functioning... It's a curious thing. The play was written in 1992 and a lot of the federal laws came into effect in '95 and a few years after. It seems like a lot of these issues about how you conduct yourself are almost more hyper-managed than they were at the time. So it has an interesting ramification in a world where maybe the magazine thing isn't talking about it as much but within corporations, institutions, a lot of internal politics are evolving...
(He cites the recent case of West Indies poet laureate and Nobel Prize winner Derek Walcott who withdrew his candidacy for Oxford professor of poetry due to a smear campaign of allegations of sexual harassment that actually occurred over 25 years ago. The opposing candidate who made the accusations Ruth Padel, after attaining the position, stepped down after only 9 days and offered an apology.)
Q: It's just a very powerful drama - in one-act, is that correct?
BP: It's got 3 acts and sometimes people take an intermission. When Julia (Stiles) did it before in London, they had an intermission. But we've chosen to play all 3 acts together.
Q: What is your favorite film role so far?
BP: I've had quite a few, and I've really liked them all for different reasons. I've been lucky to be a part of many blockbuster movies...in which it's hard to get to that level of being memorable, but I still have fond memories of Independence Day, to be sure. There are also many small ones I've had that give me many fond memories.
Q: What's your favorite film of all time?
BP: For different reasons there are many...Lawrence of Arabia...and then there are those that have been very influential and informative to me as an actor, like Bergman's Scenes From a Marriage...
Q: Any favorite actors?
BP: I've always been a fan of George C. Scott, who was working in movies when I was in college...films like Patton and Hospital. I was really impressed by him, and I had seen him onstage as well in Uncle Vanya. He was a champ to me.
Q: I saw him do the comedy Sly Fox on Broadway.
BP: Oh, yeah...
Q: He was so irascible...
BP: (laughs)
Q: Is there one play that stands apart from all the others for you?
BP: I really enjoyed doing Albee's The Goat. It's a powerful piece and a really exciting play to do...I did it originally on Broadway with the wonderful Mercedes Ruehl...no one had ever seen it before and audiences didn't know what to make of it. There were a lot of disagreements about it. There were a lot of people vocally disturbed, audibly groaning and complaining and other people hushing them up...
Q: I heard people laughing. I think..out of nervousness, not really understanding the
symbolism.
BP: Yeah...It really uncorked a lot of feelings, and then when the reviews came out, things started to even out. That period of my life is about as rock and roll as I've ever lived through and Oleanna is reminding me of that. It does feel like the audiences are being tweaked into a different level of engagement.
Q: Do you long to play any role...any Shakesperean role like King Lear?
BP: I did a lot of Shakespeare touring when I was in college in Montana..there are some great comical moments as in Measure for Measure, the duke. I've always liked Shepard's (Sam) plays too. I love his language, his word choice. One of the first things I did in New York that was a real breakout for me was The Curse of the Starving Class ...
...now I'm ready to play the older guy.
Q: Let's get back to Oleanna. What are the greatest challenges for an actor performing Mamet?
BP: I think you have to find where you're emotionalized personally and then make sure you don't make it become Talking Heads...and it's a bear too because the language is fractured and ...there's no hiding. During rehearsal...I have these 2 fast changes in the second act and my fly was down. And this is the kind of play where that can be dangerous. There's no place to hide and I turned upstage...and I just couldn't get it. (laughs)
...The play is very much a living organism. Rehearsals...explorations to find the execution ...and I'm looking forward to the run of it too. Theatre is such a privilege, for those of us who get the chance to do it. With an audience you learn so much and the challenges just get deeper.
Be sure to catch Oleanna starring Bill Pullman and Julia Stiles at the Mark Taper Forum from June 5-July 12. For tix call (213) 628-2772 or go online at www.CenterTheatreGroup.org
Posted by Don Grigware at 10:29 AM No comments: