Irrepressible actor John Leguizamo certainly needs no introduction. A star of TV, such  films as Carlito's Way, To Wong Foo and Moulin Rouge, and on Broadway with his own plays Mambo Mouth, Sexaholix...A Love Story, Klass Klown, and most recently Ghetto Klown, Leguizamo will be reviving Ghetto Klown @ the Ricardo Montalban  Theatre on Vine St in Hollywood September 30-October 16. Ladies and gentlemen: the one and only, John Leguizamo! 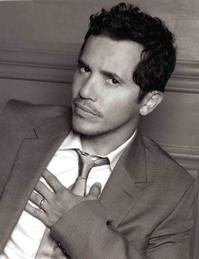 Tell me about your award winning solo turn with Ghetto Klown  and how this show differs from the other shows you've performed.
I was trying to do a whole life in less than two hours. Like a Wikipedia version of myself and make it about career, the ups and down, the success and failures, the people who helped me and those that cock blocked my career.  The loves, the losses. I wanted to be an example of what not to do. I wanted to be a living cautionary tale. The difference from the other shows is that this one is about my career. the movies, like Carlitos Way,To Wong Foo..., Romeo and Juliet and all my plays, plus I'm doing impersonations of Pacino, Swayze, Baz Lurhmann, Steven Segal, etc.
You are a brave performer relating your  career and personal life for all to witness, and if I'm not mistaken been  called a little man with a big mouth. Kind of a Colombian Lenny Bruce.  How did your comedy roots take shape? Did you always envision yourself  changing the world, a sort of revolutionary?
I love being a rebel, thanks. You only hope of making a difference and I think you gotta really have that upfront when you do your work. You gotta say I wanna make this to change peoples way of thinking and looking at things and then hope it's mad funny too.  I started performing in improv groups, performance art spaces and comedy clubs. I was doing it all but the place I really found myself was the down Ps 122, the home, kitchen... here I was able to tell a whole story and people had the patience to let you be as out there as possible. 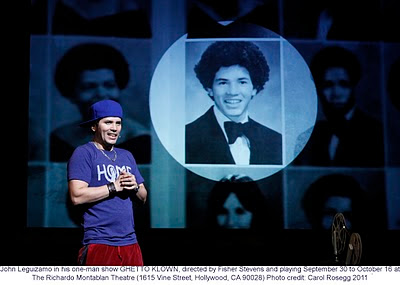 Who are your heroes of comedy?


Oh, I love to  pay tribute to them.. Richard Pryor who brought the raw and the urban and personal to comedy..  Spaulding Gray who brought the whole thing into a  narrative.  Lily Tomlin who made it into a play... and Whoopie who  brought the ghetto and the poetry.  They opened those doors for me and  passed on the baton.  Now hopefully when kids watch me they can take  that baton and run.


Speaking of film, do you  have a favorite of the ones you've done?


Yeah, I really like my work of late. I feel like I"ve entered a new stage in my life where I'm doing work that's a little closer to myself and really digging it. Like Where God Left His Shoes - I'm a boxer who loses his job and ends up being fired from every job and evicted and he's got a beautiful family but his issues keep him in hock, even though he's so well meaning and The Take - where a Brinks truck driver is set up as the suspect of robbery and he has to clear his name even though he wasn't sure if he was guilty himself because of the injuries to head he has sustained.


I loved you in To Wong Foo... Any  memories of that you care to share? Funny ones? Memories of Patrick  Swayze?
Swayze was a trip. He wanted to look so hot as a woman that it was funny.  And we all looked our best in the morning but by the afternoon, we needed shaves and the make up started to cake over - we looked like roaches in a bakery - all white powdered and we were all pms-ing and cranky from the gender bender apparatus to hide our primary male attributes....


Any film or TV projects currently in sight  for you?


I'm a boxing manager with Katherine Heigl as a bounty hunter in Jersey.


Your LA appearances seem to be very few. Is  there any particular reason for that?


Yeah, I live in NYC.  I actually  really dig LA,  I just haven't been performing. I had a bad experience and  stopped doing live, but hey, now I'm on top of my game and hitting out of the ball park..  ‘cause people in LA get where I'm coming from. We have very similar life experiences in NYC.  We have the big melting pot, tower of babel international cultural cross pollination that makes these two cities  trend setters. 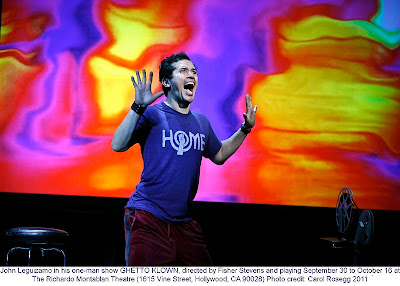 Do you think it is any easier for comics/actors  of Latin heritage at this point in time? Are they getting the work they  deserve?


We got an audience that is very appreciative and hungry to hear their own stories and their contribution to this country and they have the money and numbers to support a huge comedy revolution... touring America and being Latin has never been more soulfully and financially enriching.


Much luck with the tour and I look forward to  the show. Anything you care to add?