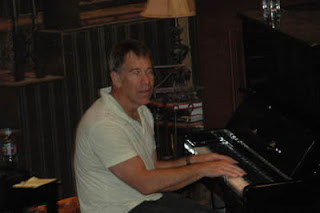 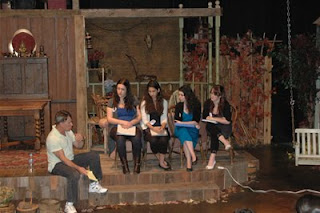 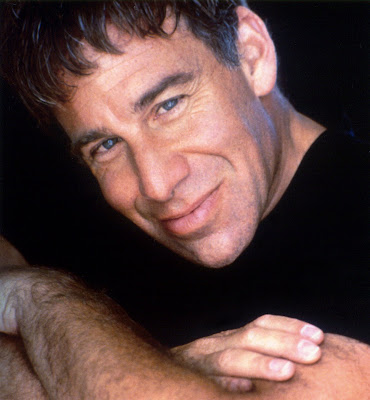 At 3:00pm multi-award winning composer, lyricist Stephen Schwartz, whose tremendous hits Wicked, Godspell and Pippin have placed him at the top of his game, offered a master class in vocal performance.

After a brief introduction by Festival co-executive producer Marcia Seligson, Schwartz poroceeded to randomly draw 10 names from a bowl that contained the names of all 42 participants. He explained that he would draw 4 names, that they would then perform consecutively and afterwards be critiqued. He would then proceed with 3 more, and then a final 3. So that all students would feel some degree of comfort and support one another, each performer sang and then sat with the others in a group, after which Schwartz gave individual comments, one at a time, to the members of that group (see photo above). Then, if time allowed, students were given the chance to rework their song based on the comments made. Accompanists were Gerry Sternbach and Brent Crayon. There was a very bright array of talent performing songs way beyond their young grasp, but in a very courageous manner, such as "100 Easy Ways to Lose a Man", "Something Beautiful", "Broadway Baby" and "It's Hard to Speak My Heart" from Parade.

Schwartz is a very good teacher with a droll sense of humor, putting the students at ease and making them aware of how important it is to know to whom you are singing and why. A good singer must be a good actor. One young lad named David chose a very difficult song from Parade where the man accused of murdering a young girl must prove he is not guilty or face death. Emphasizing what is at stake, Schwartz told the boy "You must convince me you're innocent or...die!" After successfully reinterpreting the verse, the boy asked "Am I going to die?" Schwartz paused and caringly replied "No!" to the delighted applause of the entire audience.

When the performance was technically right on target, Schwartz was praiseworthy, but still offered some constructive criticism. Alex Fragoso has a lovely soprano voice and did well with "Something Beautiful" by Ahrens and Flaherty. Schwartz made her aware of the repetition of the word 'silent' in the song and how a good singer must be aware of all the different nuances of a word.

There followed a short Q and A with the students after which Schwartz told them to persevere, quoting Woody Allen, "The secret to life is showing up". He then lovingly performed one of the closing tunes from Wicked "Changed For Good" (see photo above) to a standing ovation, bringing down the curtain on a wonderfully successful day for The Festival of New American Musicals.
Posted by Don Grigware at 9:25 AM No comments: 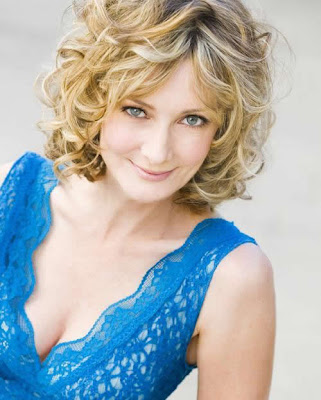 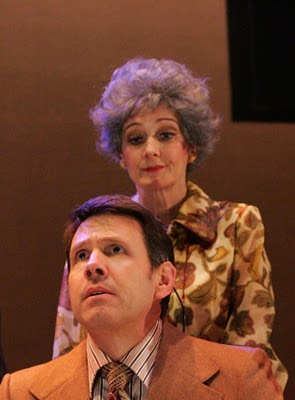 (Top photo: from 1941 film Tom, Dick and Harry - Ginger Rogers, center and far right, Lee's great aunt Jane Seymour; bottom photo: Lee as the detective's mother in the Colony's 2009 production of No Way To Treat a Lady)
Actress, singer, dancer Heather Lee has been nominated for an LADCC award for her outstanding performances as all the ladies in No Way to Treat a Lady
at the Colony Theatre in 2009. She is currently preparing to play Ginger Rogers' mother in Backwards in High Heels at ICT in Long Beach.
A very interesting bit of trivia is that Lee's Great Aunt Jane Seymour was a highly regarded Broadway actress. She did mostly theatre and early television. She only did a couple of films: one of them was Tom, Dick and Harry for RKO in 1941 in which she played Ginger Rogers' mother.... so the family actresses have come full circle so to speak.

Q: What is it like playing Ginger Rogers' mother? She was a classic Mama Rose, right? How have you been preparing for this role?

HL: Lela Rogers is Mama Rose-Lite. Lela was a stage mother and a very significant influence on Ginger’s career but was not quite as hungry/driven as Mama Rose. First of all she had her own career. She was a writer, initially for newspapers, then a screenwriter and after Ginger’s Hollywood career took off she became Head of New Talent at RKO Studios. Like Rose she was a survivor, a working woman and even though she was married twice, she basically was a single mother and raised Ginger on her own -quite a feat in those days.
As far as my research, I have been reading Ginger’s autobiography, digging around online and at the library and recently watched the one movie Lela appeared in with Ginger The Major and the Minor.

Q: What is your favorite role to date?

HL: That is a tough question. There have been many roles that have resonated with me for various reasons at different points in my career. Tessie Tura is certainly a highlight, the whole experience of doing the revival of GYPSY was a dream come true and I loved playing Tessie. April in Company, Cinderella in Into The Woods, Eustacia Fitch in Palm Beach….They are all unique and complex in their own ways. But I would have to say that Miss Adelaide in Guys & Dolls is right up there at the top. She is funny and strong and vulnerable and she can make you laugh and cry all at the same time.

Q: Do you prefer musicals to straight plays? If so, explain why. There are certainly more challenges involved!

HL: I love the musical theatre; it is probably my favorite medium. I love the people -There’s no people like show people- and I love the art form. That said, I love doing plays, especially well written comedies, but I have not had as much opportunity as I have in musical theatre. And you are correct; there are more challenges, which makes getting it right an even bigger reward.

Q: How difficult is it to do a show like Gypsy 8 times a week for such a long period of time? What do you do to keep it fresh night after night?

HL: I feel so very fortunate to have had the opportunity to originate the role Tessie Tura in the 2003-2004 Broadway revival of GYPSY starring Bernadette Peters and directed by Sam Mendes. It was a magical experience for me and I will cherish it forever. We ran for 14 months for a total of 484 performances and it felt too short. I could have done it forever. There was something new to discover in every performance. Part of that comes from our rehearsal process and the amazing cast and creatives. Lead by Mendes, we approached the show like a play with music. We did extensive scene work during rehearsals and I was fortunate enough to be working with some of the finest and funniest actors on Broadway. We had great respect for each other and no one ever phoned in a performance. We all continued to discover new things throughout the entire run of the show.

Bernadette is the most gracious leading lady in the business and a consummate professional and we all felt honored to share the stage with her at every performance. John Dossett, the quintessential leading man went to everyone in the cast and crew before every performance to wish them a good show. Brooks Ashmanskas, playing various roles, kept us all on our toes (and in stitches) with his ever changing choices each night. My fellow strippers Julie Halston and Kate Buddeke are brilliant actress/comediennes. We were an unlikely trio, which made both our on-stage and off-stage relationships that much richer. And we three were fortunate enough to be photographed by Richard Avedon for New York Magazine before he passed. The whole GYPSY experience was a dream come true. We had a very happy cast and are still extremely close today, which is very unique in my experience.

Q: That's super! Talk a little about No Way to Treat a Lady. You played about 6 different roles in that, right? Like Meryl Streep, you had the accents down to a tee. Was it a lot of fun?

HL: No Way To Treat A Lady was a welcome challenge for me. I actually played 5 characters, all different from each other and different from anything I had ever done. And yes, several accents were used in the making! Very sweet of you to compare me to Ms. Streep. The challenge for me was to make all five characters very distinctive, so that Heather was unrecognizable. I felt I had accomplished that when at a talk-back with the audience one night, a patron asked where the other actresses were who played the other roles. I assured her that I was all the other actresses. She insisted that I was not… I suggested she read her program….

Q: What is your all time favorite musical? Play? (You need not necessarily have done them!)

HL: Wow, that is tough. I think GYPSY is probably the finest crafted musical we have in terms of book, lyrics and score. I love almost everything Stephen Sondheim writes. Kaufman & Hart, Tennessee Williams..that question is too difficult to answer!

Q: Who are your favorite actresses? Film or stage!

Q: Do you yearn to play a certain role? Which one and why?

HL: I have been fortunate enough to play many of my dream roles. One that comes to mind that I have yet to play is Desiree in A Little Night Music and of course I would love to create a role in anything new.

Q: What do you believe is your mission as a truly great performer?

Q: You were great as part of a cabaret at Sterling's about a year ago. You should do your own show. Are you considering that?

HL: Thank you. Many people have asked me that same question and I have been considering it but no plans for the immediate future!

Whatever is in store for Heather Lee she will take it and make it a tremendous success. She is one triple threat that you cannot affort to miss in Backwards in High Heels when it opens next week at ICT in Long Beach.

Posted by Don Grigware at 4:52 AM No comments: