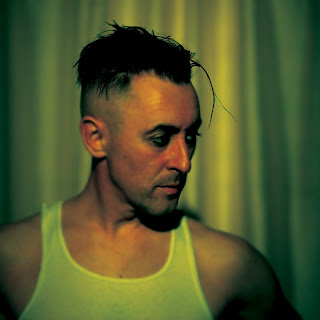 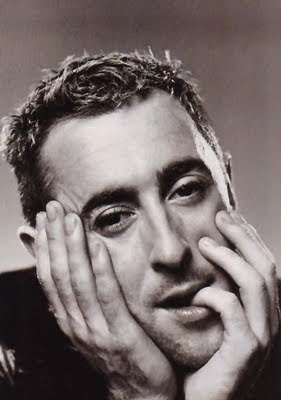 Actor/singer Alan Cumming, Tony Award Winner for his role of Emcee in the smash revival of Cabaret (1998) is a singular performer and humanitarian. He reopens his brilliant cabaret solo show I Bought A Blue Car Today for one week only December 13-18 on the second stage of the Geffen Playhouse, where his initial engagement (end of September-beginning of October) was SRO for all performances.
I caught up with him after his return from Australia and his appearance on the Macy's Thanksgiving Day
Parade.
Q: What is the very favorite role on stage that you’ve played?
AC: It’s usually the role I am doing at the moment. (I’m a very in the moment kind of guy). So right now, I guess my favourite role would be me!!

Q: What role do you long to play?
AC: I have always wanted to play Jean in Miss Julie, and lately I’ve had a yearning for Iago in Othello.

Q: Were you trained in London or Scotland?
AC: I trained at the Royal Scottish Academy of Music and Drama in Glasgow, bonnie Scotland.

Q: What do you think is the advantage of your training over that which American actors receive? Do you encounter a big difference in acting styles between Americans and Europeans?
AC: I think the biggest difference is that we tend to get a more concentrated sort of training, more intense and then it’s done, rather than the idea that you go on training for years in little dollops here and there. I think American actors are victim to the over-analysis of acting and the various derivations of the Method, and consequently I think they tend to make it all a bit more difficult for themselves than it needs to be. I think Europeans tend to just dive off the cliff and get on with it rather than try and remember a sense memory of what it might feel like to jump off a cliff.

Q: You mention in the show that you were shy and it was difficult for you to sing, and for that reason, this show is a challenge for you. Enhance upon that for us!
AC: Well, I know I can sing a bit, but I also know that the way I sing is not the type of singing that you might expect from a Tony award winning musical actor, and so I think over the years I have worked myself into a frenzy about the increasing potential to disappoint an audience by doing a show like mine. Therefore it got more and more scary for me and when I finally decided to do it, it seemed an even bigger obstacle. But of course doing it, and singing my way (which is sort of just like how I speak but with a tune) and realizing that audiences respond to that and are refreshed by it has been a great thing for me.

Q: What is your favorite musical show of all time (not necessarily one that you’ve done) and why?
AC: Cabaret. It’s got it all. It’s got substance, something to say and great tunes.

Q: I thought your scene in Eyes Wide Shut was hilarious. How do you feel about gay roles in film? Do you think gays will ever get their proper recognition? Will they ever be represented properly on film or television sans stereotypes?
AC: I really believe that the train has left the station in terms of equality. It has already happened in some countries, like the Uk, even Catholic countries like Spain, and I believe it will happen soon in America. I think the sooner that happens the sooner people will be forced to confront their prejudices and the sooner gay people will no longer be feared and hopefully will be represented more positively. As for me playing gay roles, I really don’t make a distinction. It’s unusual that sexuality is the most important thing about a character.

Q: Who are your favorite actors on film and on stage?
AC: I adore Dianne Wiest, Meryl Streep, Jane Lynch, Chris Cooper, Bobby Canazale. But most of my favourite actors in the world you’d never have heard of like Laurence Spellman, Siobhan Redmond, people I have worked with in the UK.

Q: The thing I love about your show is that you go out on a limb to be you. You put it out there for the world to see and admire. For that reason I’ve picked you as Best Solo Show: Male on my website for 2009.
Elaborate a little on your political views and your choice for the title of the show.
AC: Gosh, thanks so much! My political views are pretty left-wing by American standards. I want MORE government. I want a socialized health service. I want free education for all. I want the rich to pay more taxes to help out the poor. And I believe everyone should be legally recognized as equal and deserving of everything society has to offer, regardless of their race, religion, gender or sexuality

Q: You make your characters on film – the cartoon ones – bigger than life and you are ideally suited to that. I know the recognition off screen for them is immensely satisfying, but isn’t there some great dramatic role you see yourself playing at some point?
AC: Well you know, I’ve done my fair share. I think that the more commercial films and therefore the ones that people see you doing more tend to skewer their opinions of what the entire body of your work is like. But that’s ok. I just hope that if people like something I’ve done they’ll seek out the smaller and more weirdy work too. Go to http://www.alancumming.com/ for the full skinny.

Q: Care to advise our readers on anything?
AC: Wear a condom! Come and see my show! My record is the perfect holiday gift! Call your mother!
Posted by Don Grigware at 7:03 PM No comments: