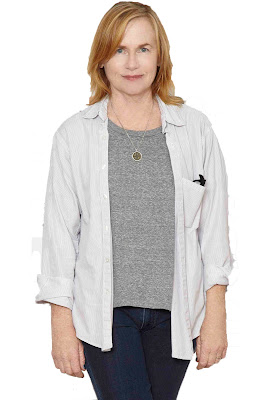 Actress Amy Madigan will direct Neil Koenigsberg's play Off the King's Road later this month at the Odyssey Theatre in West LA. A production of the play in New York last season was critically acclaimed, which included a New York Times critic's pick. In our conversation Madigan talks about the play, her cast and her association with the playwright.

Tell me about your relationship to Neil Koenigsberg. I understand it's a long and fruitful one.

Neil and I have known each other for over 20 years. He was my personal manager and we both share a vivid interest in novels and theater, so we share that conversation a lot. He is a true friend and we have shared a lot over the years culminating with Off The King's Road.

Describe Off the King's Road and the message it conveys.

Off The King's Road is really a play about love and connecting to who one is in the moment. There is pain and loss with our main character, Matt. But through a series of substitutions for his grief he finally moves on. I think it is a feeling in the gut when you react to the play.


What challenges are you facing as director of the play? Is this your first direction? If not, what other plays have you directed?

I have directed at the MET Theatre in in the past and have been a moderator in classes, but this is my first show at the Odyssey. I come from the acting side of things which finally is collaboration, so I felt comfortable taking this on and I have a crack team of designers, thank god, cuz I know what I like and want in my head, but need others’expression to help me.

Tell us a little about Tom Bower and the role he is playing.

Tom Bower and I have known each other for about 30 years through Equity waiver theater and acting workshops. He was always my first choice for Matt, and he graciously accepted. It is a tough part – one that requires a confidence in self so we can see what this character needs to go though to get to the end of the play. Matt is onstage most of the play, and it is not an easy one. I cannot say enough about Tom as a consummate actor and friend. We also worked at Sundance together in the mid ‘80s when it was first getting started!!!!

Tell us about the rest of the cast. 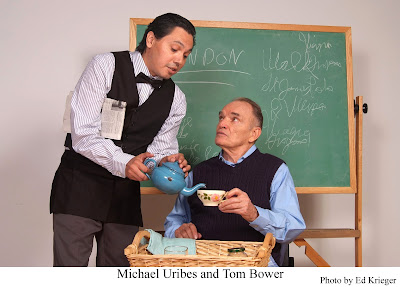 The rest of the cast is amazing. I auditioned a lot of people, and these other four — Casey Kramer, Thaddeus Shafer, Michael Uribes and Maria Zyrianova — are outstanding. Totally cool people and on top of their game, and they made rehearsal a blast and are the beating heart of this show. A real ensemble cast and tons of theater between them.

I understand you and Ed (husband Ed Harris) will be returning next winter to to star in Buried Child. How exciting! Have you played Sam Shepard before? What do you feel makes him such a revered and electric playwright? 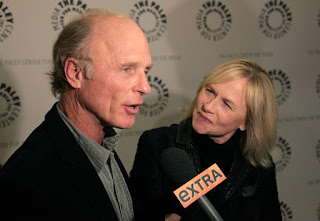 Ed and I will return for the first time Buried Child will be done in twenty years, with Scott Elliot directing and with The New Group.It's very exciting. I did the LA production of Lie of the Mind at the Taper downtown. He is the man who writes about family and rips it to shreds, with your heart going along...

Who are your all-time favorite playwrights? Talk a little about why you chose those particular writers.

Be sure to catch Amy Madigan's direction of Neil Koenigsberg's Off the King's Road playing at the Odyssey Theatre, 2055 Sepulveda Blvd. Previews: June 19-June 26/Performances: June 27- August 2. Plays Fridays and Saturdays at 8pm and Sundays at 2pm. For tix, call: (323) 960-7712 or visit: www.plays411.com/kingsroad 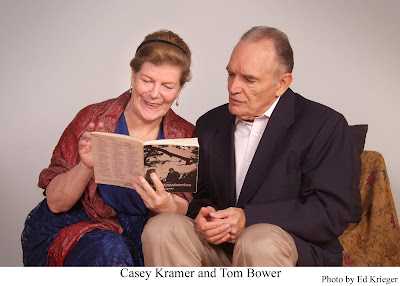 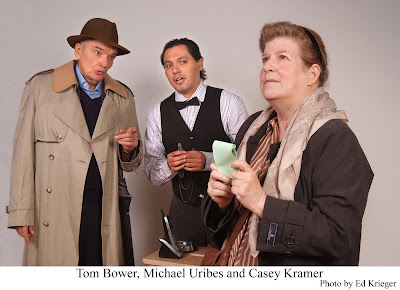 Posted by Don Grigware at 7:26 AM No comments: