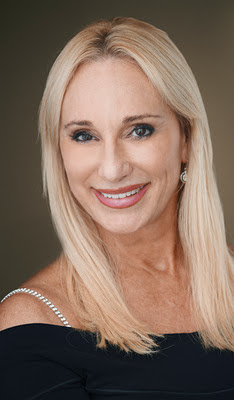 Singer Lyn Stanley will appear at Sterling's Upstairs @ Vitello's on Sunday November 27. She has an amazingly diversified background to share with us.


Tell me about your background, which, I understand has taken a shift twice in totally divergent directions, from businesswoman to pro champion dancer to singer.
Unfortunately, I did not come from a performance family background and, if you could sing, it was not really thought of as a viable profession to earn a living, so not encouraged. However, I did become known as the teen in the neighborhood who played Judy Garland's Carnegie Hall album and sang her heart out when doing cleaning chores around the house.
After graduating from college with a BA in Communications, I began a ten year career working for major advertising agencies handling some top brands, including Universal Studios and Amphitheatre, Hilton Hotels, Mattel Toys and others.  I then moved to the client-side and worked for other big brands managing their marketing efforts.  I decided to accelerate my credentials and received a masters degree in Communications from Cal State Fullerton with a high GPA and then applied to one university, Michigan State, and was accepted in a doctoral program in Communications Arts and Sciences.  Teaching became a way of life for me, and my practical background and experience became very useful in this career.
How did dancing play into your schedule?


My children were young at this time, so I had a lot of priorities with teaching, studying and family duties.  But, when I knew I was grounded, I allowed myself one extra-curricular activity: I took up a social ballroom dance class for one hour a week, and loved it.  As life seems to connect the dots, I continued to find social ballroom classes after I left Michigan and moved to Atlanta Georgia.  It is there that I first saw competitive ballroom dancers practicing and found a partner willing to help me get training.  For the first time, I was introduced to a professional dancer and teacher in International Standard style (where dancers are always attached, and ladies wear long gowns and men wear tail suits).  This style is considered the "Cadillac" in the industry because you are physically attached to your partner at all times doing five dances, waltz, tango, foxtrot, quickstep and Viennese Waltz.  So, now I had both a Pro/Am partnership and an Amateur partnership and began to compete with both of them.  A year later, my new amateur partner and I won a 2004 Bronze national title and I was placing as a finalist with my Pro/Am partner.  I was now IN and hooked.
My dance career, as an amateur, led me to winning or becoming a finalist in competitions as my experience level increased to the highest level an amateur can compete without becoming a professional, called Open Gold.  In 2010 I won three events in Open Gold International Standard, and to do this I had to dance over 60 rounds in less than three hours (some rounds were three dances each, some were five).  It was a physical challenge but extremely rewarding because the judges in 2010 at the National Dancesport Championship in Orlando Florida were stellar.  On the panel were two professional world champion finalists--one was Denmark born Charlotte Jorgensen, the professional dancer on Dancing with the Stars first and second seasons as John O'Hurley's partner.  The other was Glenn Weiss.  Both have been my coaches and are amazing dancers.
And how did you transition to singing?


An odd story.  I was living in Rancho Palos Verdes at the time, and I attended a concert where Paul T. Smith was playing, and he was 88 at the time.  I just could not believe what I was hearing.  Musical candy--fluid, amazing agility, timing...I had to meet this guy and moved from the back of the open-air ocean view concert to a seat in the front row right in the middle.  I went backstage after he performed and shook his hand--dancers do this to get a feel for the musicality of a partner--and then I went home and looked him up on the Internet.  He was Ella Fitzgerald's accompanist for eleven years, produced several albums with her, and he also worked with a line up of other greats including Sammy Davis Jr, Sarah Vaughn and many, many more.  The article stated that Paul played regularly at the Terranea Resort Hotel, so I went to his next gig there and met him again.  Only this time, I had my business card in hand because I discovered his wife was Annette Warren (the voice of Ava Gardner in the movie Showboat), and she was a vocal coach.  I asked that he give her my card to see if I had a voice.  (My mom had suggested I sing in a choir not long before.) She called, tested me and said "...so you don't think you have a voice?  You've got to be kidding,."  The next thing I knew within five months (February 2011) I had my singing debut with the Paul Smith Trio and sang seven songs.  I once told Paul I had only sung in the shower, and he commented back "..lucky shower."  To this day, he and Annette are my among biggest fans and supporters.
From a video I had recorded during my performance with Paul, I submitted an audition tape to the International Cabaret Conference at Yale University.  This is an open call program and I was selected to be one of the 27 performers for their 2011 conference.  The feedback from the teachers at this conference, including Amanda McBroom, Tovah Feldshun, Sally Mayes, Sharon McKnight, Erv Raible and Julie Wilson gave me the confidence that I should pursue a career in singing.  So, here I am now with a one-woman show called Makin' Whoopee!
Who are your singing idols?
My idols in singing are Ella Fitzgerald (what an instrument!--AND I have heard she wanted to be a dancer...go figure?), Etta James for her down to earth R&B groove style, Anita O'Day for just jazz, Amanda McBroom and Tovah Feldshun for Cabaret performance excellence, Judy Garland for inspiring me. Doris Day had a way with singing words that brings out so much emotion.  Peggy Lee--wow, calm, sweet and sexy.  To me, Barbara Streisand has given singers a new bar to reach, and I admire her. Of course, I love so many of the men too, but like everyone else, love the lyric phrasing of Frank Sinatra.
What kind of style have you adopted as a singer?
I am skirting with both Cabaret and Jazz.  I think there is a place for emotion-stirring singers in both.  Paul Smith has told me Ella could not remember lyrics to songs, so she developed scat as a technique to help her finish the songs when lyrics were not available to her.  I do not think you can achieve the same kind of emotional communication in scat that you can in the lyrics written by the finest poets in the American songbook.  Cabaret is a completely unique art form and requires many skills to deliver well. I think it is the highest form of song interpretation for an artist because you must both act the role in the song, enhance the melody with voice and drive home the lyrics with a feeling to each audience member that is personalized.
Tell me about your program for November 27 at Sterling's.
My program will be around dancing and Makin' Whoopee love song themes that range from fun to frustration! My arrangements are by Bill Schneider and Tamir Hendelman.  Bill has a great feel for Cabaret work (he plays for Janis Paige too) and Tamir is the newest jazz piano star working with his trio and has been an accompanist to Barbara Streisand and, most recently, Natalie Cole for PBS specials.
The show's songs will include American songbook selections from the 20s, 30s including "Makin' Whoopee", "Love Me or Leave Me" (both are Gus Kahn and Walter Donaldson), "Funny Valentine"/"More Than You Know" arrangement, "One For My Baby" with "The Man I Love" arrangement.  Songs from musicals will include "Hernando's Hideaway" (a tango), a NEW LYRIC I have written to go to the song "Arthur--in the afternoon" from the 1970s play "The Act." I have adapted the lyrics to this quickstep tempo tune for social dancer taking lessons with her Arthur--Arthur Murray.  Another new British musical song, not yet well known here in the US I am including is called "In a Disney Way."  It is very funny.   I am also including a beautiful waltz tune written by Buffy St. Marie in the 1970s entitled "Until It's Time for You to Go,"  We will also include "Fever" and a Michele LeGrand/Bergman song called "Pieces of Dreams/Little Boy Lost."

I understand you are donating a part of the earnings on the 27th to charity? Which one?


Yes, To Adolescents in Action, an education program for a teen drug treatment program in Malibu called Visions.  I will always donate a portion of my earnings to a local drug educational program for children or teens wherever I perform. I was able to donate to Betty Ford Foundation's Children's Program from my October 30th performance in Palm Desert.

That's wonderful...and what a great assortment of tunes we will all enjoy! Remember: Sterling's Upstairs at Vitello's on Sunday November 27.
for reservations,
call:
818 754-8700
Posted by Don Grigware at 10:40 AM No comments: