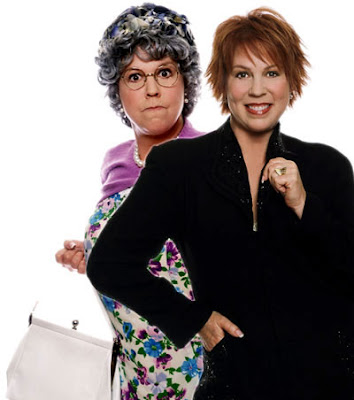 Emmy winning actress/singer Vicki Lawrence hardly needs an introduction. Having co-starred on The Carol Burnett Show for 11 years (1967-1978) and then star of Mama's Family in 83 and then 86-90, she has established herself as one of TV's most endearing comediennes. Lawrence will appear at the Welk Resort in Escondido from May 19-22 in her one-woman - oops! I mean two character - show as herself and of course, Mama. In our chat she talks about her show, Mama, Harvey Korman and lots of other fun legendary memories.

What's in the show?

The show is actually half me and half Mama. When I put it together, I knew that I had to do Mama, because everybody loves her so much. I often feel that they love her so much more than they love me that...I get a little jealous of her. So I decided that I needed to be me before I'm not anymore. So the first half of the show is me. It's largely autobiographical and it's all the stories that I know everybody would ask if I were to bump up the lights like Carol (Burnett) used to and take questions and answers. It's everything over the years that I have learned that everybody wants to know about me. Plus, you know, a little comedy and some observations on life...

You sing, don't you? 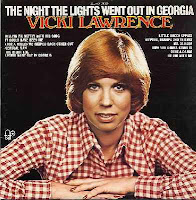 Well, when you've had one giant monster hit ("The Night the Lights Went Out in Georgia"), you must sing it. (she chuckles)

Why do you think Mama is so hot and popular?

Because everybody knows her. I always thought of Mama, even almost from the beginning when it first took off...I sort of thought of her like Archie Bunker. She could say the most horrible things and nobody was ever offended because everybody knows that person, everybody has that person in their family. Nobody ever 'fesses up to being that person, so nobody's ever offended by it. People come up to me all the time and say "OMG, you're my aunt, my sister, my grandma"...but they never say "Oh my God, you're me!" Nobody wants to take her personally (laughs), but we all know her; she's at everybody Thanksgiving table that old lady, isn't she? 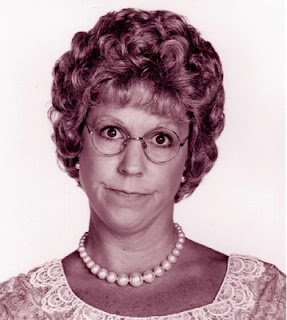 How much of Vicki Lawrence is in Mama?


Well, Harvey (Korman) taught me everything that I know about comedy...and it's so funny to me, I'll do interviews now, people will go "Harvey who?" And I'll say "OMG, you are so young! Harvey Korman." He taught me most everything I think I know about comedy on Carol's show. (laughs) He's the one that took me aside and said, "You know, forget stage right, stage left, you couldn't even find the toilets." He took me under his wing. He decided to train me and I feel like I got to go to the Harvard School of Comedy in front of America...and with a private tutor. One week, we were discussing characters, and how you kind of almost turn into that character. At the time I was playing this bimbo, this really stupid bimbo I used to play on Carol's show and Harvey said "Any character you play really well is a part of you." And I remember saying to him "How come you're so good in drag?" (we laugh) I never did get a very good answer to that, but the thing of it is...some of the sketches were borderline tearjerker, they were really sad and gut-wrenching. And when we went to sitcom (Mama's Family), all of a sudden that didn't seem funny to me. My husband (Al) and I shut the show down after two episodes. I said, "This isn't working. This is not funny." I brought Harvey in and said, "Harvey, you've got to help me!" He said, "Well, you can't expect people now to come home very week, pop open a beer and sit down and watch while you scream at people for a half an hour. She's got to be silly now; she's got to be fun. She's got to laugh." But I said, "She doesn't laugh; she's never even smiled." But he said, "She is you. You are her. And anything you can do, she can do." It was a very freeing moment for me to realize I could take that character anywhere that I could go, she could go. This is my husband's (Al Schultz, make-up artist to the stars) nightmare. He's scared to death that every time I get into drag, that someday he's going to roll over in the morning and she'll be next to him in bed. He says, "Get it all out of your system now, sweetie!" But, yeah, she is me. She is a deep, dark little hidden part of me. Although I have to say the older I get, the more I agree with the old bat.
There's some truth to a lot of the stuff she says.

Any chance you'll bring her back to TV? 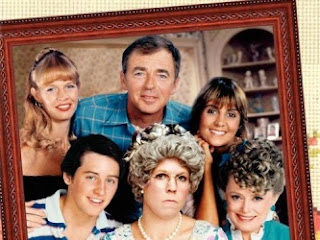 Oh, I wish, but you know I'm not sure any of the young people that are running television now understand that. We've tried several times to reincarnate her and reformat that...not yet, but who knows maybe somebody will get it at some point! I wish they'd never stopped doing Mama's Family. By the time we finished that show, we had it down to a four-day work week, and we were just literally laughing our asses off and getting paid for playing dress-up. We really were. We were having a ball, and the show popped out of there like a little energizer bunny.

Do you have favorite memories from The Carol Burnett Show? 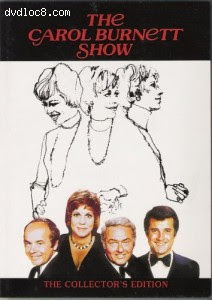 I remember all the flubs and messing up and the laughter...and laughing until... I remember one time we were doing a movie takeoff and Carol said "We have to stop." I peed in my pants. Oh Lord. We were actually doing a takeoff on The Blue Angel and Harvey was supposed to change from his tux into a chicken suit or some damn thing, and he didn't make the change in time, and the stage manager was standing back in the wings yelling "Cue, cue!". Finally, Harvey walked out in his underwear and Carol just, she totally lost it. We used to have so much fun. And the costumes. I couldn't wait from week to week to see what Bob Mackie would put you in, because it was always incredible. He was just a genius and had a great comedy mind, I think. Another thing...as I've gotten older...and especially when I get out on the road, I look around at people out in middle America, I realize that Bob was pretty darn realistic. I see something on the street and go "Bob Mackie could not have done it better!" (she cracks up) You see people in the airport and what they're wearing and you go "For crying out loud, Bob Mackie must have done it".

Who are your favorite comedians?


I remember being totally enamored with Sid Caesar. Over the years...I've always thought George Carlin was brilliant. A lot of his pieces, if you read them now, they are still brilliant, and thoughtful and thought-provoking. We still quote him, Almost every time we're flying we'll go "How come they call it a terminal?"
"Why do they say we're on our final descent?" I loved Chevy Chase back in the day. We've kind of lost him over the years. Now...I do like Conan (O'Brien) of all the late night guys. I love Tina Fey. Adorable, and she's like "Go, girl!" I'm so proud of her as a woman.

Why do you think comedy is so hard to do?

Because comedy is drama, but taken one step further to where you laugh at it. And for a lot of actors, that's a difficult place to go to realistically. So if it's a gift that you have, it's a great button that you can push and find the place that's funny to people. It's much easier to do drama.

Is there anything you haven't done that you really want to do?

I never got to Broadway. I would love to do that. (On stage) I've really enjoyed doing Annie Get Your Gun
and loved Neil Simon stuff like Chapter Two. I'd love to do Broadway. It would be fun. It's hard work. It's a grueling schedule. I would love to take my show there, but I don't know that that would ever happen. I have such grandiose dreams for this show. I can see the whole finale with a bunch of Mamas.

Would you do another talk show?


That was fun, but now it sure would have to be the right people. I worked for the wrong company and it was like fighting to get upstream. It was just a constant battle. As fun as the show was - like, how much fun is it to sing with Reba McIntyre, or how much fun is it to cook with Dinah Shore or to interview Betty White or Bob Hope or Doris Day or sing with the Pointer Sisters or be the white woman in between Dionne Warwick and Chaka Khan...it was totally a blast, but offstage it was so dysfunctional. They were constantly...I mean they hired me to be me and then they wanted to change me. I felt I had learned from the very best lady in the world that ...  it's supposed to be fun... 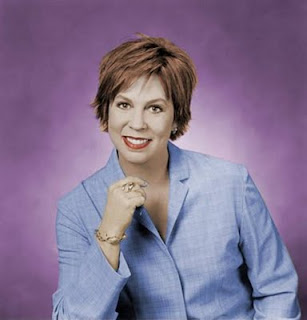 Has Carol seen your stage show?

She hasn't. I wish she would. I keep thinking maybe we'll land in her neighborhood and then she'll come.


Don't miss the incomparable Vicki Lawrence at the Welk Resort in Escondido May 19-22. Matinees at 1 pm daily.
For reservations and tickets, go to:
www.welktheatersandiego.com