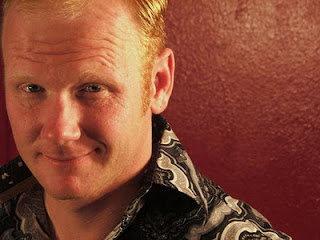 Actor Ted Ryan's Pulling Leather is currently on stage @ the Actors Forum Theatre in NoHo. In his first full-length play Ryan has written quite profoundly about love and also plays the central character in the dramedy. In our chat, he tells about what motivated him to pen Pulling Leather.


Give me your background—where you're from, acting training, stage experience, films you've done, etc.

I'm originally from I caught the acting bug around the age of fourteen, but my family will tell you I was always the center of attention at holiday parties. I formally trained at the of Dramatic Arts, both in and . Over the years I’ve done several stage plays including Glengarry Glen Ross and . Recently, I played a serial killer in the film The Cellmate.
Did Pulling Leather start as a one-act? Or were some of your one-acts related in theme to this play?
Pulling Leather was conceived as a full-length two-act play, but was quite short at first. Over the years it evolved, lost a character, and gained a rhythm I’m very proud of.
What propelled you to write Pulling Leather?
The metaphor of struggling to stay on the horse, as it related to my own personal struggle with life's challenges at the time, just made immediate sense to me. I wanted to write a play about love, loss, and passion. The idea of making the main character a saddle bronc rodeo rider came to me when I saw the movie . It was playing on the television and I became fascinated with the rodeo scenes. So I Googled ‘rodeo’…and have since been to one. 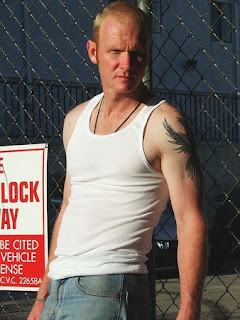 Are any of the characters based on real people, or is it all fiction?
Some, yes; others were just compiled from folks who have come and gone throughout my life. For example, the character of Beth, played with such eloquence by Tess Christiansen, was based on an old friend. Dr Kitner, played compassionately by Larry Lederman, is based on a therapist I used to see as a child, who remains a very close friend to this day. All the characters have stories of my life in them.
What do you want audiences to take away with them—especially regarding love?
The play’s theme is ‘How much would you give up for love?’ I would like the audience to walk away with hope—hope that love and personal passion can happen at the same time. While this may seem like something that should happen, it doesn't always work out that way.
The play is compelling in that your character has a lot of issues to deal with. What do you feel is at the core of Jacob's emotional weakness?
Because of recent circumstances triggering a repressed memory, he finds himself losing his confidence. At his core, Jacob suffers from a sense of loss and a longing for clarity.
Do you have a favorite playwright? Writer?
Sam Shepard, Edward Albee. My two favorite plays are True West and The Zoo Story.
What about actors? Any idols?
There are so many awesome actors out there, but Al Pacino is by far my favorite.
Tell me about Audrey Singer's Tuesday workshop at Actors Forum and how an actor benefits from participating in it.
The Tuesday night workshop is a place for artists to work on their craft. We have singers, writers, actors, dancers... We have fun there. We do good work. We care about and love the theatre.
Anything you care to add?
I’ve been lucky to have this opportunity as an artist. Pulling Leather is very special to me. I look forward to this play’s future. 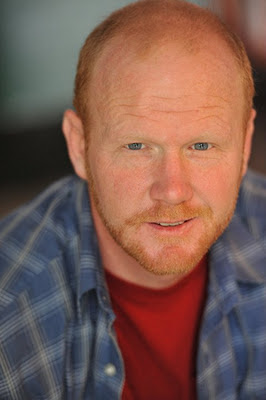