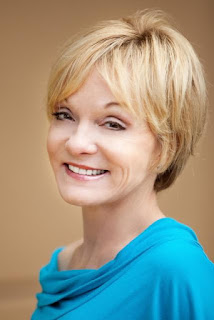 Actress Cathy Rigby was the highest-scoring American gymnast at the 1968 Olympics and became a favorite with American television audiences. She was U.S. National Gymnastic Champion in 1970 and 1972. Her greatest accomplishment was to become the first American woman to win a silver medal for the balance beam at the 1970 World Championships. In 1974, retired from gymnastics, she was offered the role of Peter Pan, which she has gloriously played for over 40 years, including Broadway with a Tony Award nomination as Best Actress in a Musical in 1990. She is about to open Peter Pan once more at the Pantages on January 15, having done it here in 2004. In our chat she talks about how she keeps the role fresh and why it has remained a favorite all these years.Is this your 4th tour of Peter Pan?Yes. It's about the 4th...I don't remember. (she laughs)I saw you in June when you opened at your home theatre in La Mirada. You are so wonderful in the role. How do you keep it fresh?You know what I think happens, Don, is that, when you know a role so well... I think I've learned more this time about acting than ever before in that, you get so caught up in the academic side of acting sometimes in thinking about where's the climax, what's this, what's that and you start analyzing so much how to play it and what to do, and I think if I've learned anything over the years from kids and from doing the role is that once you've learned it, you need to let all of that go and allow the moments to happen. It's Acting 101, but it's something that's hard to let go of, especially if you're a perfectionist, if you're in competition, and all of that, it's hard to let go of allowing the moments to happen. But it is the greatest breakthrough and it allows you to have lots of joy and fun...
Well, you do. When you first did it, that was 40 years ago. As you get older, how do you overcome the challenges of playing Peter ... who never grows old? You're in great physical shape, but it's got to hurt a little. 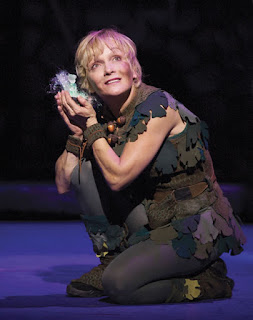 Actually, because I'm not trying so hard anymore... it's funny, it's a little easier now. The physical aspect for anybody...I don't care if you're 20 years old ...  it's a very, very physical and tough role. You know, I'm probably more careful how I land. The only thing I've taken out is that I don't jump off the top of the doghouse onto the bed, because that was just silly. A silly thing to do to my knees! (we both laugh) And yes, my shoulders get sore and sometimes, my lower back, but it's nothing that sometimes a little Aleve can't help. I try to stretch and do as much core work in Pilates as I can. On the road, I'm not like a 20 year-old where I'm going to go out and party at night. Not with 8 shows a week. But I still have lots of fun. I think there's just a feeling of...you can take your moments in the show. You can take your time. Rushing or hyperventilating is not good for anybody. I'm not being very articulate about this, but it really, really has helped over the last 6 months.

Is this your favorite role?

It has become that because I know it so well and done it so often. There's a part of me that, like everybody, loves the joy of staying young. Peter lives moment to moment, and there's that bittersweet side that he can never change and have what the rest of us have. Yes, it's become my favorite and for many reasons. My children traveled with me when we first started. My husband (Tom McCoy) and I produced many of the tours.

Don't you have family members in the show right now?

Not right now. I did. I have one son who's in Germany with a company there. He's a dancer. Two of them work in the office in contracts and production. The only one on the road with me is my youngest daughter Katie McCoy, who is head of the wig department in the show, so I do get to travel with her.

If Peter is your favorite role, what is a close second?

Two of my favorites were the play Sylvia, because I'm such an animal lover, and Cat in the Hat in Seussical. That role taught me a lot about spontaneity as well...and ad-libbing. I think the one I enjoyed acting-wise was playing MaLynne in Steel Magnolias. I have so much respect for people who do drama 8 times a week. It took every available emotion that I had to maintain it. Those are shows that are hard to do. 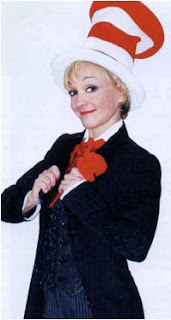 What about Mammy Yokum in Reprise's L'il Abner? You were terrific in that role too.

That was great fun. It's a little odd to look at yourself in the mirror and play a really old, goofy-looking part but it was a blast. It was one of those roles where you get to be on and off stage and doesn't take that much effort but you just play funny.

A role I would love to do sometime is Madame Thenardier in Les Mis. I was thinking about that as I watched Les Mis at the movies the other day. I thought, "That would be a great role!" I thought in the movie the role was kind of brushed over with a lot of schtick but I love it. It would be kind of up my alley as a character, especially as I get older.

Anything. I would love to do anything from movies to television...Dancing with the Stars too. (she laughs) Probably when I get off the road, I'll stay home for a little while and do more regional work.

We have a conservatory of the arts for children that is near and dear to our hearts in Yorba Linda. There are about 500 students. Some of these kids are the most amazing, up and coming singer/dancer/actors.I don't know if it's So You Think You Can Dance or American Idol that's inspired these kids, but I'm watching these young folk grow up and become...have you ever seen Theatre Under the Stars in Texas?

No, I've never been to Texas.

They have a program there for their kids that has been around for over 20 years. They send out into the theatre world these wonderful young actors. So we're doing that as well in Yorba Linda. I'm so proud of that.

Do you have any idols or mentors that have had stimulated your career over the years?

I admire and respect lots of people. Marty Wiviott has been one of those people who has believed in me... and Glenn Casale (director). They've been coaches to me. I must say too that when you have a great partner and husband for 31 years - Tom McCoy - he has been my biggest champion in helping me believe in myself.

I've seen all the Peter Pans except Maude Adams...Mary Martin, Sandy Duncan...they were all wonderful, but you are by far the best. I've seen you do the show twice already and look forward to seeing it again opening night, Tuesday the 15th.

See the amazing Cathy Rigby as Peter Pan at the Pantages for two weeks only January 15 - 27!
http://www.broadwayla.org/index.asp 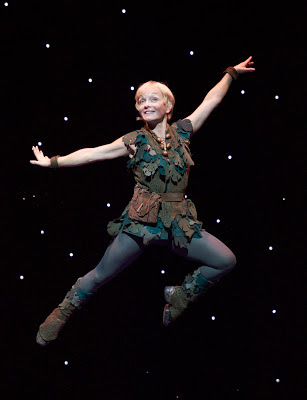 Cathy Rigby is the 2012 BWW Award winner as Best Actress in a Musical (Touring) for Peter Pan, as well as recipient of the Eddon Award for Best Lead Performance - Grigware Picks His Best of LA Theatre for 2012.
Posted by Don Grigware at 12:42 PM