Four of the male performers sat down to chat about their participation in this spectacular event and about some of their individual career highlights. They are Obba Babatunde, Danny Gurwin, Erich Bergen and Chad Kimball.

First up is Obba Babatunde.

Tony Award nominee Obba Babatunde has been set to host the evening. Obba Babatundé created the role of C.C. White in Dreamgirls, for which he received a Tony Award nomination.  Other stage performances have included Hal Prince’s Grind, Billy Flynn in Chicago, as Sammy Davis, Jr. in the new musical Sammy, and the original production of Jelly’s Last Jam (playing the title role). On television, Babatundé has appeared on Half & Half, NCIS, Cold Case, Are We There Yet?, Soul Food, Friends, and Love That Girl. His feature films include The Celestine Prophecy, Material Girls, After the Sunset, The Manchurian Candidate, The Notebook, John Q, That Thing You Do, and Philadelphia. 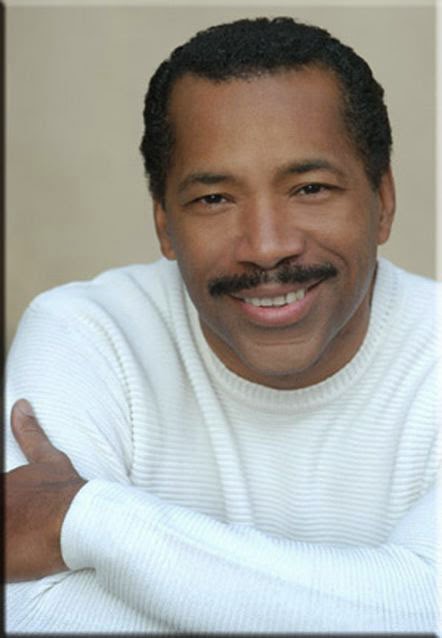 Are you performing in this event?

Well, I'm hosting as well as performing. I'll be doing three individual numbers. We open with "Magic To Do" from Pippin and I'm also going to do "Mr. Bojangles".

Oh, wonderful! You'll be great with that.

Thank you. Then I have something special that I'm going to surprise everyone with.

Great! Tell me about working with Jennifer Holliday in Dreamgirls.

Jennifer and I were part of the workshop that actually created the musical Dreamgirls. She was 19 years old when she came into the company. It was her...really first foray other than Your Arms Too Short to Box with God. She was just like my little sister. So we developed a beautiful and wonderful friendship.

Describe the changes that went on during that workshop.

A lot of changes! Jennifer left after the first workshop, which was six weeks. All of these characters were being built on us. We spent two more workshops trying to replace the essence of Jennifer Holliday, which was just not possible. Fortunately for us, and for her, I'm sure because of the success, she returned. The rest is history.

Wasn't one of her big numbers not in the show originally?

"I Am Changing". She had done "I Am Telling You..." in the first workshop. The second act changed drastically when Jennifer came back, because of Jennifer and her brilliant foresight. We couldn't replace the essence of that character...her character was left to die. And Jennifer said, "No I won't come back if my character dies." So, the whole second act took a different turn, and it was actually great for the production. That's what created the record war between Dena Jones and the Dreams and Essie White and C.C. White. It worked for the better.

You had a fabulous time with the whole run, correct?

Oh, it was a magnificent experience.

Tell me about your show on Sammy Davis Jr.

What is the difference between the two musical shows?

Sammy is a full-on musical with several cast members and Lifetime is a one-man show with just me. Sammy tells the story of Sammy's ongoing journey. The other is Obba Babatunde speaking of his personal relationship with Sammy Davis Jr, and paying tribute to him with the type of show that he would have done.

Any chance you may do Once in a Lifetime anytime soon here in LA?

You do not want to miss this spectacular evening of songs from the world of theatre!

Broadway Under the Stars is at the John Anson Ford Amphitheatre, 2580 Cahuenga Boulevard East, in Hollywood, for one performance only on Saturday, August 16 at 8pm. Tickets are $40, $55, and $95; for students and children, tickets are $20. VIP packages are available (includes premium seating and a post-show reception with the artists). Purchase by August 2 and save $5! Discount tickets are available at FordTheatres.org or by calling 323-461-3673. To learn about discounts for groups of eight or more, call 323-769-2147.

A portion of the evening’s proceeds will benefit The Actors Fund, a national human services organization that helps everyone — performers and those behind the scenes — who works in performing arts and entertainment, serving more than 17,000 people annually. Programs include social services and emergency financial assistance, health care and insurance counseling, housing, and employment and training services.  www.actorsfund.org.