Versatile actress Tanna Frederick, who played the quintessential Lizzie in The Rainmaker a couple of seasons back, is now performing in another Henry Jaglom production, his world premiere play The Train to Zakopane again at Edgemar Center for the Arts in Santa Monica. In our chat she talks about the challenges of playing Katia and other projects for stage and film. 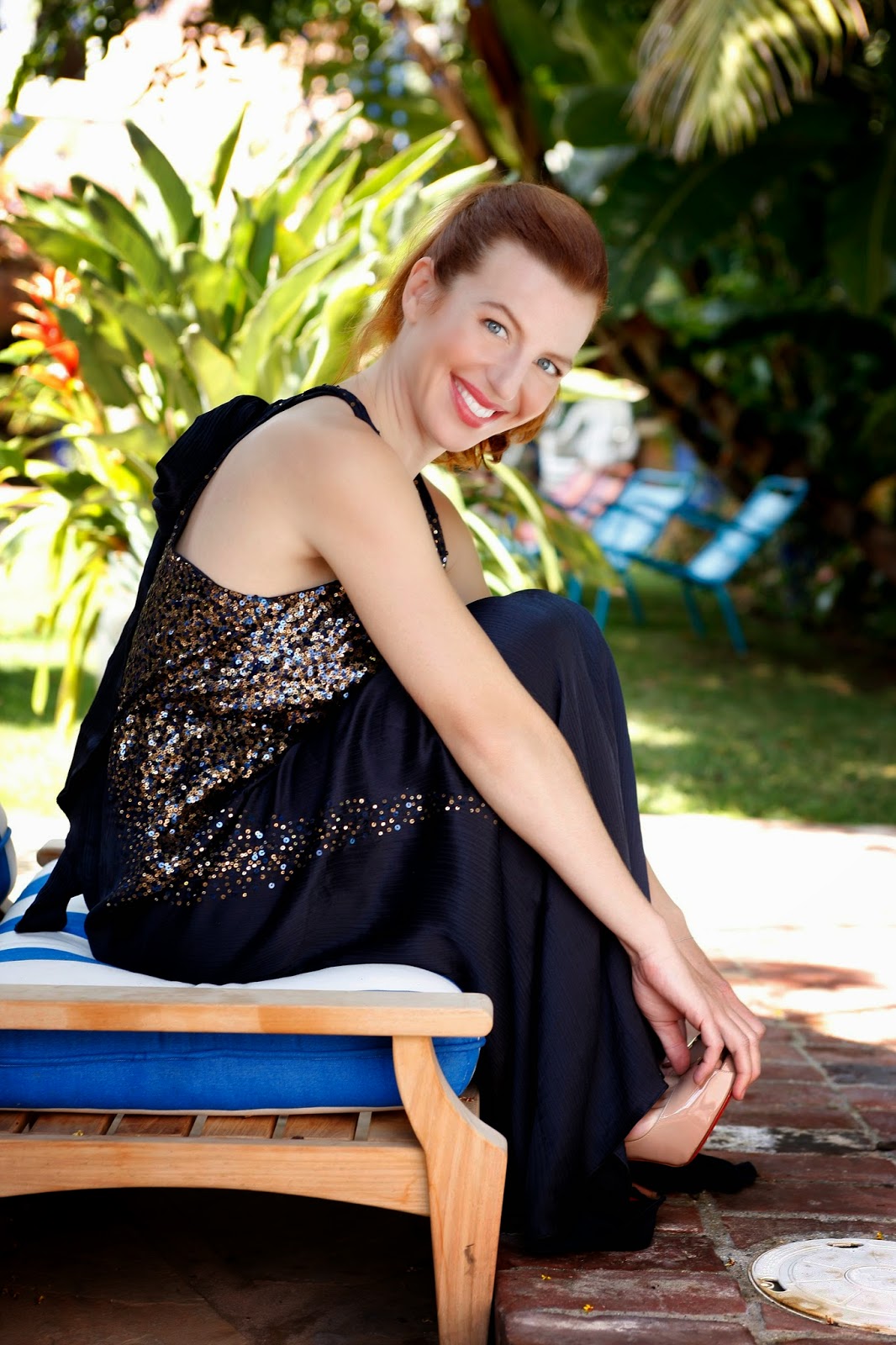 What was it like preparing to play Katia?  Did you do a lot of research on the time period and Poland?

Preparing to play an anti-semite was like no other role I’ve ever prepared for. Preparing to play an anti-anything - as I recently did a double bill of both Amiri Baraka’s Dutchman and Train to Zakopane on the 17th as a benefit for the Museum of Tolerance, playing a racist white woman (ironically also on a train) in 1964 - was work I never anticipated would be so heart or stomach wrenching. It involved a lot of nausea, ulcers, and emotional breakdowns during rehearsals. Luckily I had wonderfully patient and communicative co-stars (Siaka Massaquoi in Dutchman and Mike Falkow in Train) who were there for me emotionally and physically, willing to talk though the hateful words and dialogue and reassure me when I needed it. Mike Falkow has been an amazing co-star: patient, kind, brilliant - a modern day Leslie Howard. Also Gary Imhoff and Levy Lee Simon were incredible directors to guide me in the directions the material required.
You really go all the way with your emotional involvement in a role. How has it taken its toll on you?

Tums, tums, and more tums.
Why do you think audiences love to see plays and films about the time period from 1928 to 1945? What is the fascination?

I don’t think it is as much about the time period right now as it is about the material remaining timeless - and I don’t mean that in a positive way. There is so much underlying, quiet hatred existing; rearing it’s head in massive acts of violence and atrocities on the international scene right now.  I think that this play appeals to people because people need to process the hatred bubbling up right now not just in a cerebral sense but in a way that allows their emotional life to live through these intense acts of violence. Henry’s Train gives them a venue to laugh, to cry, to be angry, but all through the guise of a love story. Both characters have reason to hate, and their reasoning comes as a massive love that they held for someone. Thus neither character, and Henry does a lovely job of playing in this ‘grey zone’, is neither the protagonist or antagonist.  And hopefully, by the end of the show, as I’ve seen from audiences and as I continue to hope to see, people want these two characters to reconcile their past, to overcome the hate, and love. I believe the antidote to hatred is understanding, communication, and breaking patterns. Train covers those, the difficulty of confronting those steps, but nonetheless it is a long and difficult journey for the actors, who I applaud heavily, to tell this story and keep the audiences with us and with Henry’s true story of his father.
Was this Henry's most difficult play to write? Is he planning on filming it? It is so cinematic!

Yes, he is planning on filming it. We’re trying to figure out the best way to tackle that right now. As far as I saw during the writing process, he and Ron Vignone pushed the material out so quickly it almost seemed his easiest to write. He has had this story inside of him about his father and what his father, in hushed tones, would tell him from time - his father referencing it as being the ’only thing he was ashamed of’ in his life. Henry is a brilliant playwright. It was so exciting to see him tackle something with historical and real life magnitude behind it. He usually is drawn to women’s dilemmas and loves show business stories, and many of the audience has been quite shocked and delighted that Henry covered such material, especially during this political landscape and time.
Is this your favorite role? How would you compare it to Lizzie in The Rainmaker?

I love every role I play.  I find something different and stretch my sensibilities with every character. I really can’t say I have a favorite character, but this is definitely one of the most important characters and important stories I have done. Lizzie was quite bright and a lot less innocent, yet much more jaded. She didn’t carry much hope for change, and Starbuck had to shake her out of that. Katia falls in love and lets her guard down. She is very much on one hand like a hurt, innocent child, stuck on a historical event that imprinted her whole adult life. Yet she is strong, determined, and hard working, as well as caring, as Lizzie was.  Katia just never confronted or dealt with the one blow that blew her life apart, and has tucked it so far down in her being that it has festered and metastasized, whereas Lizzie was dealing with the reality, constant rejection and a refusal to change.


Talk a little about the work you've done to bring original theatre and film to your home state of Iowa.

In 2007, Richard Schinnow and I started the Iowa Independent Film Festival. It was my dream to showcase all of the great talent that comes out of Iowa. Through that idea, I founded Project Cornlight. IT is aimed at developing Iowa-based films and expand the performing arts industries in Iowa.
What other projects are forthcoming for you in 2015?

2015 is going to be a great year. I am excited for the release of Henry Jaglom’s film Ovation. It is all about the drama that happens behind the stage of a theater production.  Another release is a project that I am very passionate about and hold dear to my heart, Garner, IA. It’s a great story about family, reuniting, and restarts. We shot it in Garner, IA. Jane Spenser's South of Hope Street is currently in pre-production. We will be shooting that in Switzerland.

This is one busy and committed actress. Catch her as Katia in Train to Zakopane through March at the Edgemar Center for the Arts in Santa Monica! Her brilliant performance will knock your socks off. 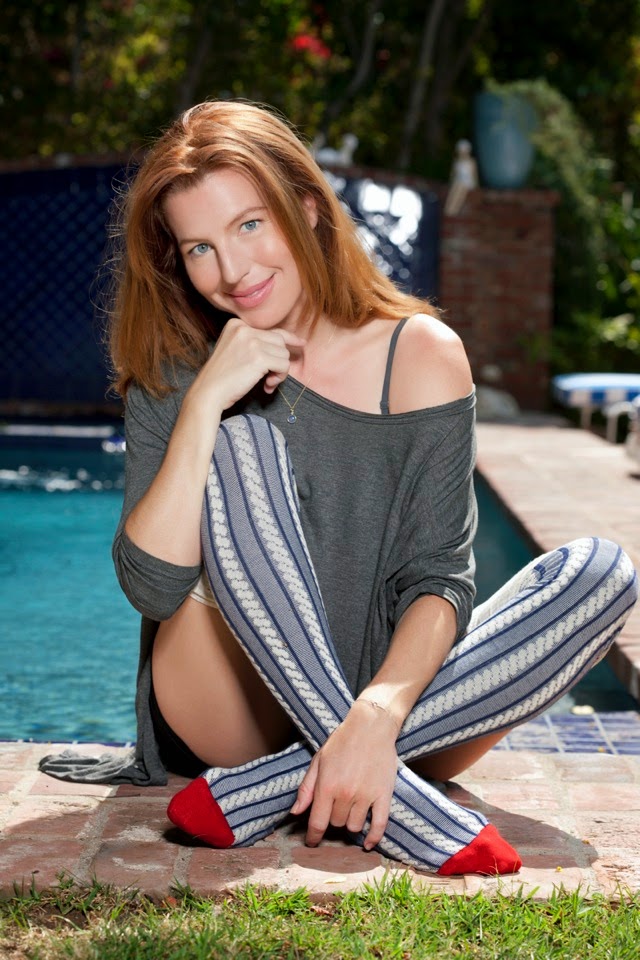