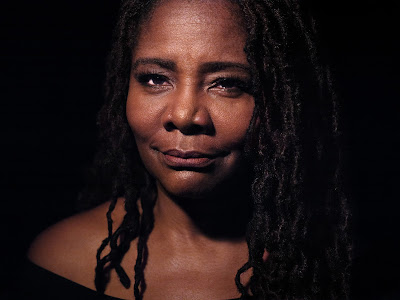 Time Alone traces the parallel journeys of a young man convicted of killing a gang rival, and a woman whose son - a police officer - is murdered in the line of duty. Both end up in places of extreme loneliness — a solitary confinement prison cell, and the silent house of the bereaved.  As time itself seems to unravel, their tales both contrast and mirror each other, providing answers to each other's questions — until they find new doors to life.

Pinkins took time out of her busy rehearsal schedule to talk to us about the play and aspects of her stage career.

Tell us about Time Alone and your character in it.

Time Alone is a poetically powerful piece by Alessandro Camon which explores the power of pain, connection, and forgiveness

What are your challenges as an actor?
My greatest challenge as an actor is (getting)opportunities to work on material and with collaboratives who match the skill and experience I have acquired as working professional for 42 years. I'm always seeking to challenge myself to do something I haven't ever done. To risk failing.

Talk a bit about Jelly's Last Jam. Lots of ups, I'm sure. Was it one of the happiest times of your life professionally?
Jelly's Last Jam was one of the unhappiest times of my life. Winning a Tony Award was a cherry on a crap cake. My husband had me served with divorce papers in the fan line at the stage door. I lost custody of my kids and essentially walked away from my career to fight to be in my children's lives.

Caroline or Change is a 100% turn around. Talk a bit about this play and what it did for you. What did you like best about it?
Caroline or Change was the most thrilling piece of theater I've ever gotten to be a part of. Everything about the collaboration with all the actors, designers, crew , at The Public, on Broadway, in San Francisco, Los Angeles and London was miraculous. The best part was working with people who were ALL at the top of their game and I had to constantly, work to live up to all the brilliance around me. 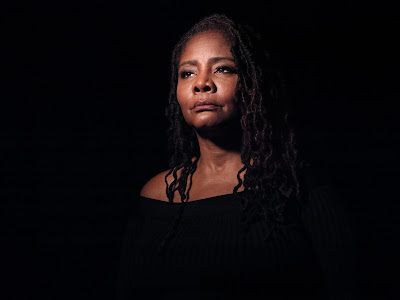 Do you prefer musicals to plays or does it matter?
I like variety. I would not be happy doing the same anything for too long. I crave the new, the different, the unexplored, the risky, the stuff that might fail.

Anything else you care to add?
Time Alone is a gift to the audience, like Caroline or Change it is a rare moment in the theater where artists bare their truths and their souls in all the beauty and ugliness. The invitation to the audience is to meet us there and experience a genuine to GOD via an authentic connection with another human being. To witness genuine pain and suffering without moving to fix it or fade it. I pray people will come and meet us at least halfway.

(photo credit: Kayt Jones)
Posted by Don Grigware at 9:27 AM