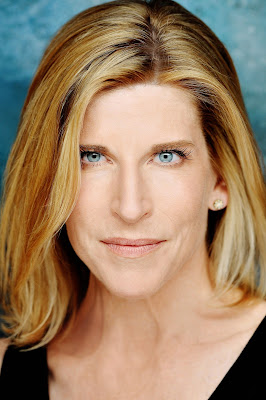 You are known best for your work as an actress.  When did you know that you wanted to be an actress and what inspired to you become an actress?

Lee Grant. 1975. I saw a PBS broadcast of The Seagull, which had been mounted, I think, in Williamstown. We lived in the Bronx and I’d never seen a play outside of school, Catholic pageants, that kind of thing.  Lee Grant as Arkadina absolutely captivated me. She was so alive, so complex, full of contradictions…and so funny. I’ve loved her - and wanted to play Arkadina - ever since.

When did you start directing and what was the play? What are you able to draw from that experience that enhances your process of directing?

I directed Good People last year. It was my first directing experience. I had great actors and an absolutely outstanding design team. My take-away from that experience was that people who speak the same creative language as you are treasures: you put them in your pocket, appreciate them and bring them into every project that you can.  I’ve collaborated with Alessandra Manias (Set Design) David Medina (Sound) and Maggie Lima (Costumes) before and if I’m very lucky I’ll get to work with them all again. And again.

Were you familiar with COLLECTED STORIES before you were approached to direct the play?  What intrigued you about the material?

I wasn’t very familiar with Collected Stories before I was approached to direct it, outside of reading it and knowing that both Uta Hagen and Linda Lavin (two of my favorite actors) had played the part of Ruth Steiner. I liked, of course, that it’s a play with rich and complex roles for two women…And I like very much the challenge of telling a story in a way that doesn’t tilt the scale in the moral favor of either character. And it is a challenge, I can tell you that.

Tell us a bit about the play.

Well, on the face of it it’s a story about creative license, about ownership of the past, about loss, about the loneliness of old age and irrelevance…I think it’s also a play about mentors and protégés – and how ill-schooled we are, as Americans, in the nuance of that relationship.

What is up next for you in regards to acting and/or directing?

Oh, I wish I could say what was next for me as an actor or director! One never knows, it’s the bane of our existence. Once the play opens I’ll go back to auditioning, working as much as I can. I like the rhythm of going from one project to the next. One of my teachers at drama school told me “Darling, don’t ever walk away from momentum.”

Is there anything you wished we had asked or want us to know about the play, the production or about you?

I have very tender feelings toward both Ruth and Lisa. I’ve been the ambitious – even ruthless - young artist hungry for growth, for success...But I’m also at the point now where I look back and wish I’d been more appreciative of, and tendered more care for, the amazing artists at Juilliard who taught me, who gave me everything they had.