Actor Jonah Platt is a young man of many talents that include acting, singing, writing and directing. He is currently preparing to play the Lythgoe Family Panto of Beauty and the Beast to open Decmeber 13 at the Pasadena Civic Auditorium. 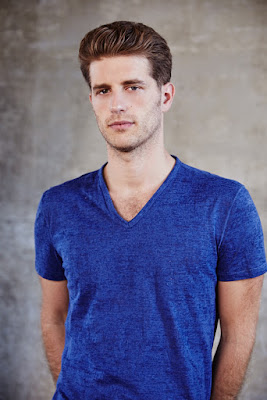 Tell us about the role you are playing in the Panto of Beauty and the Beast.

I'm playing the Beast! He's the angry, hairy one.

How are rehearsals going? Have you ever done Panto before?

What do you think makes Panto different and so special during the holiday season?

It's a familiar story, it's fun for the whole family, it's got contemporary music hits everyone loves, plus a little holiday magic. Sounds like a perfect recipe to me.

How did your production of Dog Sees God turn out?

It turned out better than we could've hoped! We sold out our entire run at the Hollywood Fringe and were awarded a Fringe Encore (meaning, we had been such a commercial and critical hit, that Fringe wanted us to do more shows!) We ended up extending our run and doing a whole additional slew of shows, all of which were also sold out. The playwright himself, Bert Royal, came to see us and said it was one of the most "exquisite" productions he'd ever seen.

Was this your first direction? Talk about your young cast and your challenges.

I've directed in various forms all kinds of things throughout my life, most recently the musical improv show One Night Stand, in which I also performed. We performed across the country and sold out multiple Edinburgh Fringe Festivals. I absolutely loved working with my young actors on Dog Sees God -- they were so talented and so passionate about the material and bringing it to a wider audience. They trusted me a ton, which made my job a lot easier. I'd say our greatest challenges were teaching these actors what's expected of them at a truly professional level in terms of preparedness, promptness, pitching in to help the company, etc. They all have so much experience performing in schools and community theaters, all at a high level, but most had never really taken part in a fully independent professional production. But they all learned and grew immensely and I'm so proud of all of them and the work we did! Several of our actors are up for local BroadwayWorld Awards, and I myself was nominated for Best Director If you want to vote for me, I'd love that!

I'll see what I can do! Tell us a bit about doing Bare.

Bare is a really special piece of material that means a lot to so many people. Getting to be part of the Bare family, as "Jason" in the Los Angeles revival, is such an honor. A lot of talented performers have been through the Bare revolving door, and I'm just glad I got to bring Jason to life in my own way, and to hopefully touch some people with the amazing story. Plus, my Bare crew are still some of my closest LA theater friends - it's a very special connection. It really opened up a whole new world of LA theater for me.

What is the role you've enjoyed the most?  Why?

I have to go with 'Woof" in HAIR (at the Hollywood Bowl). It was just the most special 10 days of my life. Doing a show that's all about The Tribe, in the most intensive rehearsal period, with such an incredibly talented group of performers, in front of my hometown and crowds of 18,000 people, singing about letting the sun shine in and bringing to life this incredible piece of theater that still resonates 40+ years after it's creation... it was so liberating, so fulfilling. Plus, I met my now wife doing it! She was the assistant choreographer and dance captain. She walked down the aisle at our wedding to an arrangement I wrote of "I Believe in Love". How's that for special!

That's special! Do you have a favorite show of all time (doesn't have to be one you've done)?

It changes a lot! I'm pretty partial to Sunday in the Park with George and West Side Story. More recently, I'm a big fan of Fun Home and of course Dear Evan Hansen! As a composer/lyricist myself, it's hard to choose just one favorite. There are elements I like from so many!

What about a favorite composer?

My ideal hybrid composer would have the innovation and emotional storytelling of Stephen Sondheim, the complex accessibility of Stephen Schwartz, the lush unpredictability of Adam Guettel, the simple beauty of Richard Rogers, and the contemporary groove of Jason Robert Brown.

That's a great answer. Is there a role you are yearning to play?

What's up next for you?

I'm going to be doing a concert or two in the first quarter of 2018, in Baltimore, New York and Los Angeles. Additionally, the musical I'm co-writing, The Giver, will be having its second reading early in '18 as well. But no acting gigs lined up yet...

For tix and info visit: