Playwright Phil Olson is best known for his popular, hilarious DON’T HUG ME musical plays written with brother Paul Olson, that are crowd favorites wherever they are performed.  His comedy, A NICE FAMILY GATHERING, played at Group Rep Lonny Chapman Theatre in 2016, has been nominated for an NAACP LA Local Award for Best Ensemble.   Phil shares with us some details about his life as a writer and how “Don’t Hug Me, We’re Family” came about. 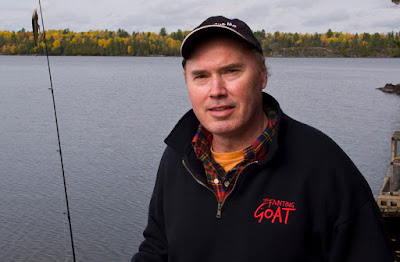 When did you start writing plays?  Do you have any favorites?

I wrote my first play “Crappie Talk” in 1997. I was 40 years old. I got a late start. I currently have 15 published plays, 9 of them are published by Samuel French. It’s hard to say which play is my favorite. They’re like children to me. With that, I have to say, “A Nice Family Gathering” is at the top of the list because it’s such a personal story. It’s about my family, and because it has played in 140 cities around the world, I’m thrilled that so many theatres have embraced it. It’s also been optioned to be made into a movie which is very flattering.

It’s been more than 20 years since you wrote “Crappie Talk” with a storyline and characters that continued in your “Don’t Hug Me” series of musicals.  What generated the idea to go back and turn the play into a musical?

I loved the story in "Crappie Talk", and it had a nice run at the Group Rep Theatre playing for 16 weeks. It was my first play, and even though it did very well commercially and won a lot of awards, there were problems with it that I wanted to fix. I cut down the number of characters, cut down the number of scenes, added 14 original songs (with my brother) and orchestrated 12 radio jingles. Since the setting is the same as that in the "Don’t Hug Me" musicals, the other changes came fairly easily.

What is the premise of "Don’t Hug Me, We’re Family"?

Set in a little north woods Minnesota town, the host of a radio show devoted entirely to ice fishing loses his only advertiser while his wife, a popular host of a book show, has a lot of advertisers, putting the competitive couple at odds. Their marital problems are compounded when two, fish-out-of-water, Brooklyn Italians come to the rural Minnesota town, buy the radio station, and turn everything upside down.  It's "Fargo" meets "My Cousin Vinny" without the blood or the trial lawyers.

What do you want the audience to take away with them?

First, I want them to have a great time. It’s a fun, uplifting musical that will hopefully bring a little cheer to the audience. There’s also an emotional element to the story that’s personal to me that I hope has an impact on the audience. And, of course, I’d like them to hum the songs as they drive home, and then tell all their friends to go see it.

Is there anything you wished had been asked about you or about the play?

The story was inspired by journalist Charles Kuralt who, during his travels around the country, bought a little radio station in Ely, Minnesota, up near the Canadian border. I thought it would be funny if two New York outsiders came to the little north woods Minnesota bar, bought the radio station and collided with the locals. And yet, even though their cultures are very different, they have a lot in common.