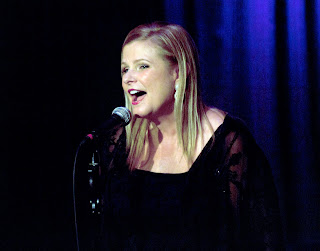 Actress/producer Dianne Fraser is a well known and much beloved gal  in and around the LA cabaret scene. She is executive producer of the popular An Evening of Classic Broadway that performs five/six times a year at Rockwell Table and Stage. She recently sat down for a look back at 2018 and to discuss her plans for 2019 ... for the show and for her own career as actress/singer.

Sum up, if you would, the progress of An Evening of Classic Broadway in 2018.

An Evening of Classic Broadway hit its stride in 2018. Brad Ellis and I celebrated a milestone with out 25th performance and have been selling out the room. In fact, our December show sold so well in advance that Rockwell asked us to add another performance. The second performance was full too. That one was especially fun for me because, the first real cabaret show I attended was Andrea Marcovicci’s. We even referenced her in one of the parody songs in my solo show. She attended a Classic Broadway evening and liked the show so much that she asked to sing with us. I got to sing a duet with her, the Queen of Cabaret, in both December shows  – just thrilling for me! We’ve been highly critically praised and the strong word of mouth has really built our audience. The show received several Awards/Award Nominations in 2018, including your Eddon Award, A Robby Award nom and a BWW.com nomination for Special Theatre Event. We’ve also been approached by some regular attendees about the possibility of their buying out the room for a special event presentation of our show. 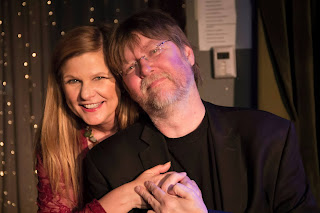 As producer, your work is neverending, but you are also an actress and singer. Has the show advanced your career? If so, in what ways?

My aspirations as a performer are targeted: I hope to one day have a featured role in a Broadway musical. Toward that end, performing regularly in our show (and others around town) is helping me hone my craft and work on a variety of material.

Tell us in detail about your work in theatre especially in musicals.

I have appeared in numerous musicals, in summer stock and regional theatre, in such shows as The Boys From Syracuse, Tintypes, The Music Man, She Loves Me, The Pirates of Penzance, The Baker’s Wife, Kiss Me, Kate, Hello, Dolly! and Once Upon a Mattress. Broadway is my ultimate goal.

How do you see yourself? I see you as a very fine character actress. Your choice of material in An Evening of Classic Broadway has gotten better and better as you explore characters that are age-appropriate. You do not try to do girlish parts and that is brave and realistic, as you would not be cast that way. 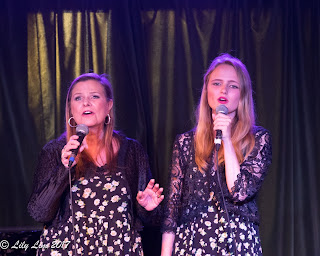 I see myself mostly as a comedic musical theatre character actress, though I am also suited for some leading lady roles, like the title character in The Drowsy Chaperone and Desirée in A Little Night Music.

Who has provided you with inspiration? Do you have a role model in the business or in your personal life?

Stephen Schwartz has been a role model, inspiration and friend. I have worked with him as a producer on two of his shows, a regional production of the revised Baker’s Wife and a commercial production of the revised Working. I’m always impressed by his ability to flag something that could be better and offer an ingenious note. And there is no end to his kindness and generosity. Brad Ellis is another spark of positive influence for me. I have learned so much from him about musicality and lyric interpretation. In my personal life, it’s my husband, Jeff Cohn. He is a talented writer who often contributes spectacular special lyrics to songs we are doing. He is also the most supportive and smartest person I know.

What established roles tickle your fancy the most? Why these choices?

At the top of my list is Frau Blucher from one of my all-time favorite musicals, Young Frankenstein. I love doing comedy and she has some outrageous comic turns in the show. Though not comedic, Heidi in Dear Evan Hansen is also high on my list. As the mom of two kids, I so relate to the struggles her character faces. I’d include Mme. Hortense in Zorba, another beloved show of mine. I lived in France during college and am often drawn to French characters. Plus she has some wonderful songs. I had the great pleasure recently of seeing The Prom on Broadway and the role of DeeDee Allen in that show (the Beth Leavel role) is one for me. 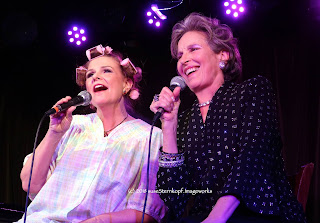 What's on tap for you at the beginning of 2019? Acting wise, singing wise...and as a producer?

Brad Ellis and I will be doing more Classic Broadway evenings in 2019. We have such fun with the show and the caliber of performer we get to sing with us has reached new heights. One of the most rewarding aspects of doing the show, in addition to the warm accolades we receive from audience members, is how much these singers love working on new material and/or new arrangements, and participating in these evenings. Each show is always a win-win for everyone involved.

I’m always looking for ideas and material to develop as a producer, specifically things that have roles in them that I might play. It’s an exciting time to be active in the worlds of cabaret and theatre in Los Angeles and beyond. 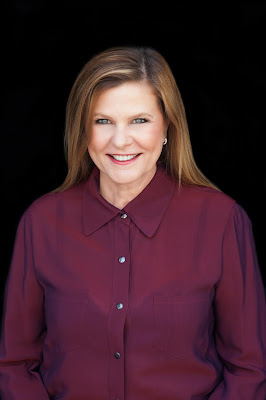