Brilliant scientist and writer/ illustrator of children's books Ana Isabel O has been my subject of many interviews over the years. She is so productive and prolific even in these hard times and recently released two new books. Instead of asking her a batch of questions, I suggested to her that she herself tell our readers about these curiosities and explain in detail her loving process of creating. What follows is the result.

Aye Aye, Fedor, Eurycoti and the Great Escape, and The Big Musical Forest were just released last year.  Doubtless the pandemic slowed a few projects but equally ignited ideas and musing that didn't make any sense. Thereafter all took shape in children’s books.  In these last two stories I could paint a certain complexity and creepyness related with this time we all are enduring which somehow defined the form. I had a great time writing and illustrating these two last sequels.
In Aye Aye, Fedor, Eurycoti and the Great Escape, the animals all of a sudden realized why destiny put them in the Cinico Forest; there they had a difficult journey until their great escape when Aye Aye, Fedor y Eurycoti achieved the rescue of several tropical jungle animals in extinction. This bold action was very rewarding for all of them;  facts affecting humans were connected specifically to their existence too.
Recently all animals in the Musical Forest have been working on a way to be absolutely independent of external factors which ironically converted their habitat in the Big Musical Forest. As Aye Aye and her friends saved tropical species from toxic environment and extinction, I envisioned the characters more real than the page. The result was actually interesting because I ended up oil painting, an activity I’ve been practicing on and off in my life. Several paintings illustrate my children's books. 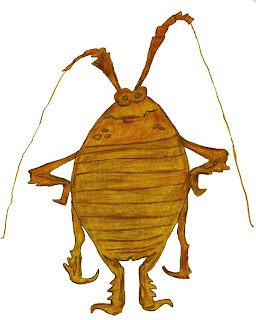 All stuff going on on Earth is a matter of inspiration. Aye Aye, Fedor, Eurycoti and the Great Escape as well as The Big Musical Forest  showcased new ways of illustrating. All support is good for painting. However, the force and means one uses to point to climatic issues doesn’t change the problem. The point, in my opinion, is how to recognize what you can do and what purpose it serves. Future extinctions are inexorable. The real consciousness about what’s happening with jungle and wild animals doesn’t affect  descriptions of how life could be idyllic in a magic place even if it exists only on paper. On that, writing is a healing power because it might change how to perceive the stories. It is important to emphasize the force to which you want the story to be painted.
Everyone has a voice and everyone has a story. If you dig into those experiences. whatever you write is based on what happened to you, but if you dig deeper in your mind the story reaches an imaginative level. Therefore part of that is just a narration of what occurred while other parts are merely a result of what happened. In regards to the form of my children's books there is a musical sort of insistence to get something in my head.  I let manyfold sort of imagery come out of that forest to run as freely as possible: a course through the literal to the imaginative. Different kinds of illustrations allow me to play off of it, like musicians who take melodies, harmonies and use them to showcase sounds and sometimes other music. The animal extinction melodies are old,  whatever is  written and/or created must come up with a new pattern, but overall it must be relevant. 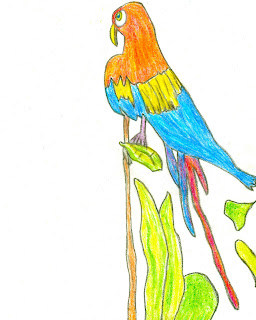 One thing I enjoy very much is looking back at childhood. Then looking ahead became easy because I looked back. I also recently released in French a poetry, photography book -- I called it Somnia Nova --  I had pending as well as these two more sequels to my children's books. During several years I dealt with funny stuff  which led me to the power of dealing with the next phase of my life. At the same time the animals' characters  became heroes trying to turn things around in another forest.
Doing things in another way led to new experiences, and it doesn't  make any difference in terms of comprehension. The books are written in different periods. Actually so far my sequels cover four life's landscapes: there are experiences from Europe, from NYC, from South Africa, and from the UK. But it showcases the same approach: we must take care of our environment and respect wild life, perhaps now more than ever. 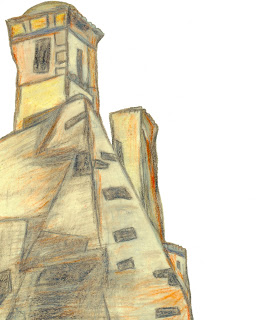 I try to be as free as I can be within the written stories like when you’re releasing something out of yourself. It’s like you turn on a water source and the flow starts running fast, but you won't let it just run, because it’s an emotion coming out of you; your mind naturally directs that flow. If you just think as the kid you were, you will find no restrictions. At a very young age I knew what I wanted to do. I sensed that feeling. Later I could understand that emotion as an incommensurable detachment, but not in the way of being detached from something. It was more like an outsider's view. I believe that's a gift: being able to experience complexity in the journey without bending or feeling restricted by anyone or any mass at all. Each character of my children’s book is like a layer of myself and many people and animals I’ve known. A mirror gallery.
Below are the links on Amazon where you may buy the books: