Actress, cabaret artist and writer Shelly Goldstein never stops working. How I admire her and her unique sense of humor! 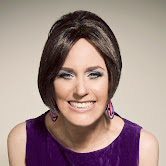 WHAT DID YOU DO DURING THE LOCKDOWN?

SG: Like everyone else, I spent most of it inside in my most captivating Hazmat suit, bleaching my produce & learning how to use Purell as a condiment.

But it also was a time to really focus on writing script, rehearsing new shows and serious voice lessons taught by the amazing Julie Garnyé.

Of course lots of plans had to be scrapped, notably a cabaret tour of the south and south-east in 2020. When the lockdown got serious, the woman who was producing asked if I’d be willing to perform some of the cancelled shows via Zoom. I said yes and then turned my tiny living room into a cabaret stage. (The ring lights arrived and the furniture had to go!)

I did “living room” Groovy shows for online audiences that ranged from 50 to 500. Singing into a vacuum was fine. Doing comedy into a webcam with the audience on mute felt like Wile E Coyote sawing himself off a limb. It proved the need for absolute commitment – that could prove devastating. Happily the feedback was wonderful.

AND YOU DID SOME GROUP ZOOM SHOWS?

SG: Yes, starting with a concert by The Fabulous Chickies, a group created by Ilene Graff, comprised of women of staggering talent who have become musical sisters: Eileen Barnett, Michelle Brourman, Nancy Dussault, Julie Garnyé, Ilene Graff, Dana Meller, Karen Morrow, Val Perri, Joan Ryan, Lisa Vroman – and me. I pinch myself when I’m with these icons. Our concert was fun – we’re all such different performers -- and best of all we raised some bucks for the Actors Fund who helped so many people through the COVID Zombie Apocalypse.

I also did Zoom shows for Harold Sanditen, who produces cabaret and runs London’s best open mic at Le Crazy Coqs in the West End. He features top talent from all over the world and it led to my getting to know Julez Hamilton, kick-ass performer and producer.

In that minute of time between the Delta & Omicron Variants, when it looked like we might actually be post-COVID, Julez made a dream of mine come true through her 14G Productions. Last November we did a sold-out 50th Anniversary concert of Godspell! The cast was tremendous and I’ve always wanted to do that show. By the finale, the entire room was on its feet, clapping and singing along – which isn’t unusual for an American audience but I’ve never seen a British crowd having so much raucous  fun. 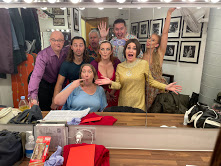 Best of all, I’m going to do some more shows with 14G this year.

TELL ME ABOUT THOSE CABARETS.

SG: The first one is June 25th at Le Crazy Coqs. Julez and Jenna Ryder-Oliver are reprising their tribute to Kander & Ebb – and I get to be “Pop” in the Cell Block Tango. I will also sing “New York New York” in Yiddish. Because…of course!

On November 27, back at Le Crazy Coqs, we’ll be doing a tribute to Jerry Herman, reuniting the Godspell cast – and I promise you, it will be spectacular.

It’s been such a dark time – we need Jerry Herman’s optimism and glitz. I can’t wait to dive into his catalogue.

And a new GroovyShelly solo show is in the works. Although I don’t want to do a totally solo show. After so much time alone, I want to include lots of duets!

YOU’RE KNOWN FOR COMEDY AND SONG, BUT RECENTLY YOU WERE CAST IN A NEW DRAMA. TELL ME ABOUT THIS.

SG: I love making audiences laugh. I love singing. It’s pure joy. It was a surprise to get a call from playwright Stephanie Liss who asked me if I would workshop her new one-woman drama, “Daughter of My People.” The writing is beautiful, often heartbreaking – about Henrietta Szold, a strong, intelligent “woman in a time of men” who helped smuggle more than 30,000 children out of Hitler’s Germany.

We did one performance and all I can say is, the feedback tells us there will be more. It’s very exciting.

SG: I still write awards shows and special material. But another upside of the lockdown era was that my husband Brendan Foley and I wrote scripts for 3 new international TV series. Our styles, from a distance, are different – but when we work together it forms a 3rd voice that I love. He’s so damned good. Writing with him is like shooting hoops with Michael Jordan. You have to be in top form.

We’ve been doing a Zoom room for one of the projects with two great writers – showrunner extraordinaire, James Duff and screenwriter Micah War Dog Wright. I’d never done a writer’s room via Zoom before and have to confess I love it. Great energy and I think removing driving from the equation eliminates a lot of stress that gets in the way of creativity. Any room I’ve ever been in starts with 2 hours of complaining about LA traffic. This way, we get to work faster. And I’m fine trading the bagels and doughnuts for sweatpants & slippers.

YOU CONTRIBUTED TO A SOUNDTRACK CD?

SG: Yes, a song lyric I wrote was used in a Scandi Noir series on AMC+, Cold Courage. The scene called for a deceptively dark song sung sweetly by an angelic little girl at a British campaign rally that gave the same vibe as CABARET’s “Tomorrow Belongs to Me. The song is called, “England’s White Rose.” Again, very different from my usual canvas, which made it exciting.

Another lyric of mine is sung by the Gay Men’s Chorus of Chicago in a wonderfully cynical documentary called LINCOLN IS CRYING: The Grifters, Grafters & Governors of Illinois, directed by John Davies. Their performance is wonderful and hilarious!

The bottom line on the past 2 years-and-change is we were all forced to figure out priorities. At the end of the day, all that matters is the people you love and doing all we can to celebrate the wisp of time we get to be on the planet.

What better time to march in a Jerry Herman parade!