Director/actress Linda Alznauer directed Trapped at Tea Time at the 2018 Hollywood Fringe Festival and Arthur Miller's All My Sons at Upstairs-at-the-Group-Rep (2018). Also Upstairs at the Group Rep, she directed and appeared in And Miss Reardon Drinks a Little by Paul Zindel (2017) and Another Antigone by A.R. Gurney (2016). Other LA credits include Tom Stoppard's The Real Thing at Two Roads Theater in Studio City (2014) and Visiting Oliver at JET Studios in NoHo (2014). NY credits include Blind Date at Open Pulse One Act Festival on Theater Row. Linda is a graduate of the USC Film School. She has recently opened Otherwise Engaged at Upstairs at the Group Rep. 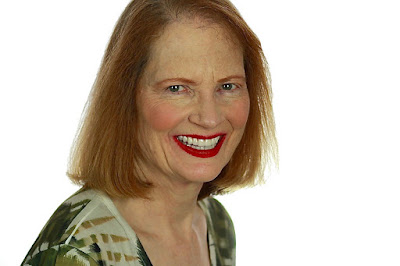 
What was your first experience directing?

My first directing experience was at USC Film School where I directed several student films. By the time I graduated, I found I was more interested in pursuing acting in front of the camera than behind it. I enjoyed directing actors very much but I didn't like the slowness and tedium of film. I found I preferred directing for the stage. I pursued my acting career in LA and later in New York where I had the opportunity to also direct. I have been doing both since moving back to LA.

How did directing Otherwise Engaged come about?

Directing Otherwise Engaged was a happy accident. I was actually planning to direct Simon Gray’s best known play, Butley but when I read it again I came upon his play Otherwise Engaged which I didn’t know at all. The minute I read it, I fell in love with it and promptly abandoned all thoughts of Butley which is a wonderful play but it is essentially a tour de force for the leading actor with minor supporting parts rounding out the cast. In contrast, Otherwise Engaged is populated with great parts surrounding the leading character. As a director, that was much more appealing to me and I think it will be appealing to an audience as well.

What were some of the challenges you encountered directing Otherwise Engaged?

This play was a little different to direct because it takes place in real time and the leading character of Simon played by Michael Robb, never leaves the stage. We do have an intermission but the action picks up right where it left off so Simon is always onstage. It is a real workout for an actor. And as a director I really have to focus on the time aspect so that what characters are going through when they leave the stage and before they return are clear and immediate to the audience. It requires more concentration for the actors moment to moment because there is no “2 weeks later” or even “2 hours” later as there would be in most plays. Everything unfolds in real time which I think the audience will enjoy.

What do you want the audience take away to be having seen the production?

My desire is for the audience to have a really satisfying “theater” experience. This play is witty and literate and will appeal to people who enjoy a script that makes them think as well as laugh and where the characters have a certain ambiguity to them. I think it will leave people talking about what they just saw. That is my hope anyway.

Otherwise Engaged runs through September 8, Upstairs at the Group Rep at the Lonny Chapman Theatre in North Hollywood. Tickets and information www.thegrouprep.com or (818) 763-5990.
Posted by Don Grigware at 2:15 PM