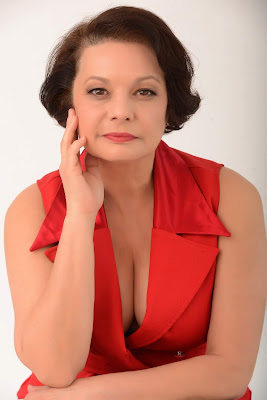 Actress/director/producer Odalys Nanin presented her award-winning Frida: Stroke of Passion at Casa 0101 in February of this year to great acclaim. The play bowed originally in 2017 at the Macha Theatre and ran for 3 months. The Casa 0101 engagement was made possible by a grant from the Eastside Arts Initiative. Nanin wrote the play and directs, produces and stars in it as Frida Kahlo. She will have a fundraiser in  August and September so she and her team can continue their programming in 2020 and hopefully acquire a new space. In our interview she talks about her success and points to the difficulty in mounting good theatre in Los Angeles.

ON: We had a wonderful sold out run. We sold out before we opened. We added a show Oscar night February 24, and I thought it was going to be half empty...and it was like oversold. It was very well received. I was really happy. We had standing ovations at the end of the show. We had q and a s, and people were very interested in asking questions, because the play deals with the last week of Frida Kahlo's life and the mysterious coverup about her death. People were intrigued wanting to know where I got the information. I told them I did the research, saw a lot of old documentaries, and I read about other people talking about Frida and how they felt about what she was doing. That's how I did it, and of course I added  her bisexuality. which is usually brushed under the rug. She had many men, but she also had many women, many famous women like Josephine Baker in Paris...

You really dug in and delt with controversial issues.

ON: That's the type of playwright I am. I like to explore and kind of educate the audience about the bigger picture. She was not just a painter. She was a revolutionary painter; she was a revolutionary person. Her last lover was a Cuban spy, which was completely a shocking thing for me because I had no idea she was surrounded by so many revolutionary women. I was intrigued. That's really why I wrote the play. It's my tenth play...

I think it's your best, apart from Garbo's Cuban Lover.

ON: Thank you. And I was so taken by the fact that it was sold out before I opened. Incredible! So I realized that maybe I should do like a big one night fundraising event. I thought about Barnsdall Gallery. It's in Hollywood. It has 300 seats. It's a beautiful space. What we're planning to do is have tiers. The regular seats are $50 with open bar. The front 22 seats are VIP, $100, open bar and you get my book and a  t-shirt. This is to raise funds to actually continue producing the play. You need money to produce in this town. And the little theatres are really getting to be incredibly expensive. I'm hoping by next year to have my own space. We'll see. When I first got to LA, there were so many small theatres in Hollywood, and they've just disappeared. They became coffee shops, massage parlors... And the big problem in renting is not the space, but when you have a lot of seats, they want a lot of money. So the plan for this year is to do the fundraiser at Barnsdall with a two month prior campaign to fill the seats, and I'll also remount my comedy Love Struck for a few nights in a smaller space.

Let's talk about the artistic challenges in mounting Frida.

ON: It's very difficult to cast Diego (Rivera). He's tall; he's supposed to be a certain look. I found this actor who looks like him, he did it at Casa 0101, and he's wonderful. You have to have a really good cast. It has to be really connected.

You really cast your plays well. Is there anything new that you're working on?

ON: I'm working on a new play about ghosts, phantoms. It takes you through the reason why they're there. They have their own stories. They were alive once upon a time. You learn their stories, how they die...I'm kind of like half finished. I haven't come up with a good title yet. Sacred Spirits, Haunted Theatre...it happens in a theatre, an old abandoned theatre. The actors, directors come from different times, and you find out why they're in that specific space. 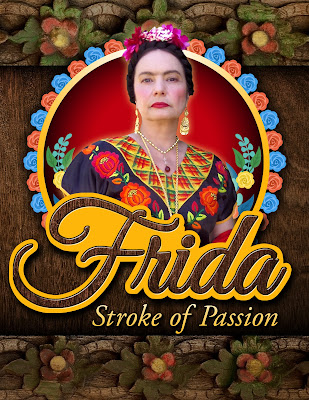 What about some of the film work you've been involved in?

ON: I just did a TV series that's coming out this April called Games People Play for BET. I play a nanny. I'm the only Latina character, which is kind of cool actually, I like it. It shoots in Encino. So far I'm in 4 episodes. When it airs, let's see how it does. If they pick it up, I'll be working, doing that.

Would you rather have your own theatre space and devote more time to theatre or work on more film projects?

ON: I want to do more film. I'd love to do a TV series; that's a working actress. I also want my plays to travel and be translated, produced in Europe. Having my own space is separate. You not only get to write but rewrite and workshop the play. You get to grow. In 99 seat theatre, as a writer, I've been able to experiment, explore, see what works and doesn't work, do more rewrites. You can only do that in a warm space, a safe space, a small theatre. When I had a hit with Frida, I had to turn people away. It's kind of like a haven where I can workshop my plays or film, whatever I'm working on.

What is your process as a playwright?

ON: I love rewrites. When I did Frida again, I did some rewriting. At Casa it was a different space, a different kind of energy, so I changed and added things, I added more pictures, a fog machine, etc

In terms of looking at what I'm going to write, I don't look for it. It comes to me. I' ll give you an example. For my play Skin of Honey, I wrote a five page scene and I put it away in my file. I was talking to someone who grew up in Cuba. She started telling me her story, and I thought, I think I wrote this. I wrote it like 10 years ago. I went back to the file and pulled out the five pages. Skin of Honey (Piel de Miel) is about two teenage girls who experience same-sex love and are torn apart by Cuban politics; one stays, one leaves. That's all I had. When I heard her story, I thought, I can do a play out of this. I hear voices, I channel, I don't know what it is, but I wrote the first draft in two weeks, writing day and night. Each play has its own way of becoming.

Garbo's Cuban Lover ... someone gave me a book and said I should read it. I read 25 pages into it, and I didn't believe a word she (Mercedes de Acosta) was saying. I put the book on a shelf and forgot all about it. At a doctor's appointment, I picked up a magazine and I read: "the letters between Greta Garbo and Mercedes de Acosta, finally to be opened in 2000". I ran back to my house, took the book out and read the whole thing. It was true. I hadn't believed her, but it was true. I read the letters and immersed myself in that era. I read them and boom, I wrote the play Garbo's Cuban Lover.

Now Frida is very different. I didn't know how to write Frida. So, I researched her for six months and thought and thought until I realized the most difficult thing to write about was Frida's pain. I had to write it slowly, so it took me a long time. I wanted to be true to her pain. I did a lot of research about how people suffer. I read about what they saw, what they did. A lot of research went into that play, whereas with the others, it was boom and they were written. Also, I didn't want to turn the audience off, so what I did was to look for Frida's humor. She was very sarcastic and made fun of herself. Then I put in some music that people love to make things a little lighter.

So playwriting is laden with complexities, isn't it?

ON: There's a time to write certain plays in your life. Frida is a play I could not have written when I was younger. You have to be mature to write something so deep. You have to mature to open up and feel that kind of pain. Most people push it away. As a writer, I had to welcome it, make it part of the play so people would understand what she really went through.

In conclusion, is there anything else you care to add?

ON: I am looking into the future and I am going to go to Spain. I want to research about a very special lady that most do not know about. The best friend of Isabella I of Spain. It's not about the queen but about this lady and how she influenced the queen. She was the first woman to teach at the University of Salamanca. She taught Latin, philosophy. Spain did not allow women to go to the University. When Isabella became queen, she opened all that up. This lady was able to teach Latin to the princesses. I want to explore the relationship between her and the queen. That's another one of my ideas.


Cast and creative team include: