I marvel at the work of the Montalbán Theatre. I have noticed how the theatre has really maintained itself over the years and improved so much with all the Latino events and concerts with an emphasis on supporting all of our talented performers regardless of race, religion or creed. We are a community and need to reflect that in all we do. When I asked to speak with Gilbert Smith, President of the Montalbán Company, LLC, he enthusiastically provided the following answers to our questions. 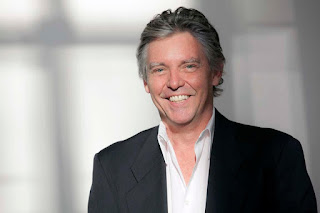 
Tell our readers what you feel you have accomplished in making the Montalbán Theatre stand out from among other Los Angeles theatres?

We have been working to establish a firm foundation in our community by providing access to the performing arts. Our theatre is anchored in a classic proscenium setting. We have combined that classic history with the modernization of our rooftop deck oasis and front of house capabilities for broadcast. Our renovated theatre setting provides a thoughtful informal atmosphere to create relationships between individual artists and corporations in the entertainment industry. We are part of a much larger renaissance that has rebuilt Hollywood to maintain our position as the Entertainment Capital of the World. Each of our theatres in Hollywood embody distinct character. Our roles are defined to develop cultural awareness and exchange with our community.

Tell us briefly about your relationship with Ricardo and how important your job is to carry his legacy forward.

Ricardo in the truest sense became my father figure. His daughter Anita and I have been married for 30+ years. We are all about creating legacy in our theatre. His story, as a member of immigrant families in both Mexico and the Unites States of America is remarkable. In the 1960s he spoke for the undernourished and unrepresented culture. He was a humble man and never spoke about his courage and conviction to seek a world free of prejudice. He simply built friendships with the world. His success in his career with the acting profession matched his ability to absorb prejudice. He was a born intellectual with a unique understanding of religion, language and culture. His value system was solid simple and resolute. I use his guidance in spirit to come forward with our life's decisions. His life was based on his kindness and respect for his fellow man. I aim to be judged in the same light

What about the Golden Eagle Awards? What does this event mean to the Montalbán?

Ricardo set forth thoughts about his life's experience, "I knew what it was like to be judged as a son of Spaniards in Mexico, later as a Mexican in the United States. Could it be possible that I succumb to prejuditial thinking? I couldn't imagine it. And yet, by constant exposure... your computer brain starts to imprint such nonsense as valid information."

This quote is salient knowing that his observation about prejudice 50 years ago is applicable in today's political news spectrum being hoisted to control our society with disinformation and racism. The Nosotros Golden Eagle Awards brings forward the appreciation for individuals who inspite of the constant onslaught have prevailed with respect for themselves and their community.

Ricardo Montalbán was the founder of Nosotros. He believed in democratic institutions, where freedom of thought based on knowledge and facts works to stimulate honest discussion about diversity. Our hosting and development of the 49th NOSOTROS Golden Eagle Awards is set in the theatre that he also founded. This makes a strong statement for our inclusion with our diverse community.

Support the Montalbán Theatre and get tickets now for the Golden Eagle Awards:

The 2019 Nosotros Golden Eagle Awards will stream live on Facebook, YouTube and KNEKT.TV and later offered on Amazon Video as the first Latino Award show to be presented on its platform.