Night of the Living Dead Interview

Drina Durazo and Gus Krieger are about to open an adaptation of Night of the Living Dead at Group Rep on October 4. In our conversation they talk about the excitement of presenting this Halloween treat.

Gus Krieger (Writer): Original stage plays include Deity Clutch, Sherlock, Through The Looking-Glass, The Armadillo Necktie, and Breaking Bard. Awards include the Spirit of the Fringe Award for Best Writing, Scenie Awards for Best World Premiere Play and Outstanding Production, and the Valley Theatre Award for Best Play. Krieger’s first produced feature screenplay “The Killing Room” premiered at the 2009 Sundance Film Festival. As writer-director-producer, Krieger’s films include the philosophical thriller "The Binding," and the award-winning hip-hop drama "My Name Is Myeisha." Additionally, Krieger is the Associate Artistic Director of The Porters of Hellsgate, which will become the first Los Angeles theatre company to produce the complete works of William Shakespeare.

Drina Durazo (Director): Drina has been a member of The Group Rep for 8 years. GRT credits include: as Director- Yellow Brick Ride, Moon over Buffalo, Hotel Paradiso, Don’t Dress For Dinner, and the world premiere of Gus Krieger’s The Armadillo Necktie (winner of 7 Scenie Awards); as Producer- Sherlock’s Last Case, Awake and Sing!, Lombardi, Calendar Girls, and Avenue Q. Other directing credits include: the multi-award winning production of Breaking Bard by Gus Krieger, for The Porters of Hellsgate; Every Christmas Story Ever Told (And Then Some), All The Great Books Abridged, Baskerville: A Sherlock Holmes Mystery, and The Ultimate Christmas Show Abridged for Mammoth Lakes Rep. 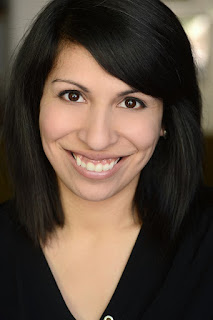 Drina, explain in detail your love of horror.

My love of horror as a genre began when I was a young child. At the tender age of eight, my favorite movies were A Nightmare on Elm Street, Halloween, and Psycho; my favorite TV shows were Tales from the Crypt, Unsolved Mysteries, and Are You Afraid of the Dark. My initial fascination was hugely in part because I enjoyed experiencing terror followed by a euphoric sense of relief, and also because I loved that some of the strongest women onscreen were part of the horror genre. In time, my fascination also stretched into the theory that there is a beast within us all. We consciously disagree with what we see the boogeyman/zombies/vampires doing, but the unconscious part of us enjoys seeing it happen. It's morbid to think about, but some deep part of us enjoys seeing humans one step away from their animalistic ways. I think this thin veneer of civility is apparent in many horror films, including Night of the Living Dead, which makes it so much fun to explore onstage.

Gus, as adaptor, what happens when you open the film up to the stage? How exactly do you attempt to heighten the scary elements? 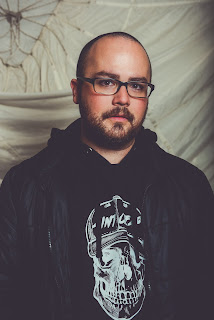 The goal was always to go for horror. The film is inherently claustrophobic, and those restrictions translate perfectly to the stage. There's always an element of removal when watching a scary movie from the far side of the silver screen, but that barrier is removed entirely in ninety-nine seat theatre: the zombies could literally reach out and grab you at any moment.


Drina, what are your challenges as director of the piece?

I thought my biggest challenge would be finding actors who wanted to play zombies, knowing they wouldn't have lines or character arcs. Wearing scary makeup and walking around moaning and grunting is not exactly high on every actor's list, but to my delight I was able to find a great deal of people willing and interested in being involved. Once I had them all onstage for the first time, I realized my greatest challenge would be making each zombie specific to the action. For this, I turned to Marc Antonio Pritchett. In addition to playing Ben in the show, he is also serving as our fight choreographer, and I can honestly say, I've never seen a fight choreographer more organized and passionate. The play has a lot of action, and without Marc, I don't know quite what I would have done. He created looks for each fight that I would add my two cents to, then he'd design the fight based on that. He created what I frequently refer to in rehearsal as the "zombie ballet," among other great fight moments. The zombie challenge was met head-on with his help, and I couldn't be more grateful.

(Drina and Gus) Do you have original music for the piece? Are there projections onstage?

Gus: Yes to both! We're utilizing a full multimedia experience for our show, combining elements in ways only live theatre can.

Drina: We decided to pay homage to the film by recreating those news broadcasts, shooting, and projecting them. Matthew Herrier was our video editor and his work brings a real 1960s feel to the footage, bringing us back to the era. Kenny Harder has an extensive background in music and proposed the idea of creating original compositions for the show. He took influence from the film's original score, as well as various other horror film composers, and put together some really great tracks that will both keep us in the mood and help us carry the tension from scene to scene.

(Drina and Gus) You alluded in the video to problems in our world in 1968 that have repeated themselves in our contemporary world. Expound on those if you will.

Gus: The original film was very clever with the ways it presented its themes of nihilism, societal breakdowns, etc. Unfortunately, little to none of that has gone away in the intervening decades. Feelings of hopelessness and powerlessness pervade on a national scale. The piece feels, if anything, more prescient and relevant today.

Gus, when you wrote the stage play, what was your greatest challenge?

Running time! And I'm only half-joking. So much of the film is non-verbal that it quickly became evident that large parts of the story would have to be translated to dialogue for the story to play out with the same level of efficacy. In film, a single close-up can convey a world of emotion, a relationship, a subtext. On the stage, those things have to be personified through words and action.

Drina, does the staging involve the audience more intimately? Do you think this will cause a more frightening experience?

No spoilers, but I will say this: we do have zombies, and I can't control just where they wander throughout the show. Being the undead, they simply can't be directed, and just kind of... do their own thing. The audience will have to wait and find out.

Drina, this is a great opportunity for fab costumes and makeup. Who is doing each?

Angela M. Eads has been my costume designer on all the shows I've directed at The Group Rep. She's always worked well with my vision and she is bringing her expertise into the world of 1968. The costumes the zombies wear tell the story of their life before death: great character exploration for creatures that have no action but to attack and kill. The makeup design is done by my long-time friend and incredibly talented makeup artist, Julia Hapney. Julia has over one hundred makeup and special effects makeup credits in film and TV, and I've had the privilege of working with her on several projects. I approached her to design the makeup for this show and she very enthusiastically said yes: in addition to loving what she does, she considers Night of the Living Dead to be the greatest horror film of all time.

Is there anything either of you wishes to add?

It's our hope that NIGHT OF THE LIVING DEAD will be one hell of an evening of theatre: engaging and scary and thrilling and thought-provoking in equal measure. We hope to see you on the NIGHT!

The Group Rep presents George A. Romero’s “Night of the Living Dead,” adapted for the stage by Gus Krieger, directed by Drina Durazo. Seven strangers barricade themselves inside a Pennsylvania farmhouse, attempting to escape the bloodthirsty, flesh-eating ghouls ravaging the countryside. Beset by the walking dead outside, and ever-rising interpersonal tensions within, the group begins their desperate attempt to survive the night…October 4 – November 10. Fridays/Saturdays at 8:00 pm. Sundays at 2:00 pm. Special performances, Wednesday, October 30 and Thursday, October 31 at 8:00 pm. Talkbacks after Sunday matinees October 13 and October 27. Approximate running time 85 minutes, no intermission. Ages 13+. Tickets: $25. Seniors 65+/Students with ID. Tickets/information: www.thegrouprep.com or (818) 763-5990. Lonny Chapman Theatre – Main Stage, 10900 Burbank Boulevard, North Hollywood 91601
Posted by Don Grigware at 5:25 AM