Director Thomas James O'Leary is delighted to be back at Actors Co-op after receiving the 2018 Ovation Award for Direction of a Play for 33 Variations. 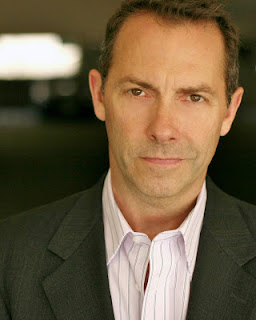 As an actor, Thomas is best known for his three-year run as the Phantom in The Phantom of the Opera on Broadway (over 1,000 performances) and Mason Marzac in Celebration Theatre’s Take Me Out. Thomas is a proud member of the Stage Directors and Choreographers Society (SDC).

He is currently preparing to open Marvin's Room at Actors Co-op on March 20. In our conversation he talks about the play in depth.

Marvin's Room is a beautiful play because of playwright McPherson's (Scott) witty dialogue and outstanding characterizations. Bessie is nothing short of a minor miracle in the play. She brings such light and hope to everyone. How do you feel as the director about Bessie's fierce determination to keep everything on a positive note?

T O'L: Bessie is the heart of this piece. At times she can seem almost saintly, but I love that Scott McPherson has written her in a very human way. We are left to wonder how much she chose to be in the situation she has been in for 20 years as primary caregiver to her father and aunt. Scott is so good at portraying real people in challenging situations, while keeping a quirky comic tone dancing throughout. She does have an uncanny ability to see the glass as half full, but she also struggles with her burden and fears as anyone might. The primary story is about how we can keep on keeping on, with as much positivity as possible, through trying circumstances.

What challenges do you have in directing the piece? Is the disparity between Bessie and Lee the only conflict to deal with?

T O'L: We have focused a lot on honoring Scott’s unique comic voice, which is a bit counterintuitive at times to the subject matter, but I believe that the comic tone is what makes the play work. There are also a lot of moving parts in this production – and every designer brought her and his A game to make it all happen. And yes, Bessie and Lee, the two long-estranged sisters at the center of this piece, have the most conflict, but Lee has her own struggles with both of her sons, and Bessie is sometimes challenged by Aunt Ruth and Marvin, and even her doctor!

Love is at the center of the play and McPherson allows for such wonderful imaginative power within the audience. What do you see the message(s) of the play to be?

T O'L: Love is definitely at the center of the play, though as in real life, it doesn’t always come easy to these characters. The big concerns of living and dying and caring are deep themes throughout. While Bessie’s love is unable to stop her illness, it does impact everyone in the family, including her. Simple acts of caring transcend the darker fate that awaits her. It’s heartening to see how each character transforms.

My favorite character apart from Bessie is daffy Aunt Ruth. She is superb comic relief and so lovable. Talk about the comedy in the play that deals with such serious life and death matters.

T O'L: When I first saw the play at the Minetta Lane Theatre in NYC in 1992, I was so moved by it, in part because I was living what I saw on that stage, as I was the primary caregiver for my partner who was very ill at that time. I totally related to Bessie’s journey. And I laughed throughout the whole play. And I think Scott’s writing is brilliant – he’s so skilled at comedic but genuine dialogue – tickling our funny bone in one breath and then touching our heart in the next. I marveled at how he did it! Scott achieves something so unique here – there’s a little John Guare and a little Christopher Durang in his writing – but Scott keeps it all grounded in a nuanced reality with beautifully touching moments throughout. So we laugh through the pain. It’s not really a black comedy like Joe Orton. I call it a funny-sad play, but more funny than you’d expect. It’s such a tragedy that we lost Scott McPherson at the age of 33, just six months after he won the Drama Desk Award for Outstanding Play for Marvin’s Room. Just think of how many other gems he would have written by now!

Tell our readers about your cast.

T O'L: I am blessed with an extraordinary cast – and all are actors who were new to me. The Actor’s Co-op is rich with talent! Francesca Casale is simply sublime as Bessie. Tara Battani Bowles is pitch perfect as Lee, the vulgar white-trash sister and mother of the two boys. Kane Filbeck has a natural sensitivity beneath Hank’s hard-to-pierce armor. I went a little younger in casting Marek Meyers as Hank’s younger brother Charlie because he is so unaffected, and he and Kane are so convincing as brothers. Brian Habicht is hysterical as Dr. Wally in scenes that are written as sketch comedy, but he also keeps it grounded in enough reality to allow dramatic moments to hit us at unexpected times. And Crystal Yvonne Jackson is so real and funny as Aunt Ruth. Justin Bowles and Kimi Walker bring much needed versatility to dual roles. I couldn’t ask for a better cast!

How would you relate this play to others you have directed? With a small cast, the ambiance is intimate and relatable. Where else gives the piece its power?

T O'L: Well, I just love this play! It’s the most I’ve been in love with something I’ve directed since 33 Variations, and yet the two plays could not be more different. I think my love affair with this one is because of Scott’s comic writing and because of my connection to the play when I first saw it. We are definitely leaning more toward what I saw in the original production than the more serious direction of the movie. And from what I’ve read, we’re taking it back to its origins more than the Broadway revival of 2012, which was hindered by being spread out on a large stage. The 99-seat Schall Theatre is perfect for this intimate play, and I adore all of the design elements of our production – we’re going for a hyper-realism, with a lot of detail work in Bessie’s home (I just hope no one tries to plug their phone charger into one of the outlets). One of my central images is the bouncing light in Marvin’s room, and that has inspired the lighting and sound design, plus original music by Dylan Price.

This is another perfect play for Actors Co-op. Tell our readers if you agree and why.

T O'L: The Co-op’s acting company is brimming with great talent, so it’s a great fit for them. Plus the story does have a spiritual bent to it – though I see almost any play as spiritual. Scott even satirizes spiritual beliefs in one of Aunt Ruth’s monologues. But the real spirituality in the play is in the theme of discovering the joy of being able to love in an unconditional way, and in seeing everyone being transfigured by Bessie’s love. You can’t get more spiritual than that.

Add anything that you wish like other projects you have been involved in since directing The Christians.

T O'L: I directed concert version of one of my favorite musicals, Sunday in the Park with George, for Musical Theatre Guild last spring, simultaneously with The Christians. And this past fall, I directed Aida at AMDA College of the Performing Arts where I also teach. Ironically, though my Broadway credits were all musicals and I direct only musicals at AMDA, I’ve directed only non-musicals at Actors Co-op. I’m not complaining – I really do love both! I’d rather not get locked into one thing anyways. 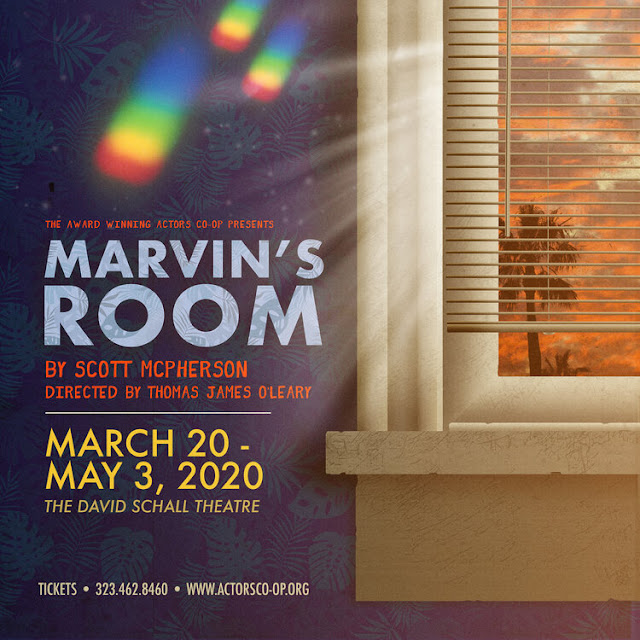