Lorne Stevenson is an independent artist, based in LA.  He'd like to thank his friends and family for their love and support. 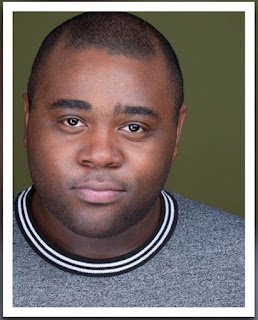 Explain who Ben and George are and their relationship.

LS| Ben is a traumatized young man trying to cope with the loss of his father and older brother. He is toxic and presents a macho alpha male persona to the world. Underneath it all he is fragile and scared.-George is a queer; non-binary; freewheeling; depressed; wild and anxiety riddled individual. They fly through life by the seat of their pants, and are addicted to falling in love. They also have a temper and a violent past.-On the surface, Ben and George would call themselves best friends and roommates. But they’re in love, and neither of them knows how to process or express it properly. Ben has told himself that he is straight, but we later find out that that isn’t the case.-George has been gaslit and rejected by guys like Ben for far too long. And they are tired of it.-These two are plagued by male toxicity and must move past it in order to live fulfilling lives.-George is at least aware of their issues. Ben however chooses to ignore them and live in a facade.

Tell our readers how you personally are involved in the plot.

LS:Well, I am playing George and the character is based off of me. Some plot details have also been lifted from my own real life experiences with men. George can sometimes be delusional when it comes to men. I can definitely relate to this. But other times, people can’t deal with their own desires, so they deflect; lie and gaslight. I wanted to explore and ruminate on this.-Anything I write is me working through something in my life. An artistic way of healing myself. Releasing what I don’t need onto the stage. In this case it’s my own toxic ways. I’m getting older, and they no longer serve me.

Why would I want to see your play as opposed to another Fringe play? What makes it extra special?

LS: I would say come see this show if you love seeing stories that don’t follow conventions or hold your hand through the plot. See this show if you want to take a leap into the dark.-Also this show features a queer non-binary character in the lead role. There aren’t a lot of plays with characters like George. This is also a horror show; it pays homage to TV shows like Buffy the Vampire Slayer and Supernatural. This show is special to me because it has so much of my soul; so much of my humor and sensibilities. It is a semi-autobiographical piece; I am currently living with a roommate I cannot stand, but have feelings for. He has the same feelings, but different belief systems, different ways of expression that keep us apart. So come to the show if you want a glimpse into someone else’s life. You might see yourself.

Is there a lot of humor invested? Is it character driven rather than a batch of silly jokes?

LS: This show has a lot of trauma; grief and horror in it, with lowbrow humor along for the ride. Nothing horrible is laughed at, but the horribleness is eased by the humor. This is a character driven piece and nothing is there just for the sake of being there. At the heart of the piece is the love story, and a majority of the show is spent sketching out Ben and George’s relationship.

Do you have a Fringe Festival backgtound? In what capacity? Writer, actor, director?

LS: This is the second show that I have produced at the Fringe Festival. The first was called Edward: Black Psycho. It was a one man show which I wrote and produced. It was directed by Ovation award winner Brittney S. Wheeler. I also starred in the piece.

Do you have future plans to move this play forward?

LS: The next step with this play is to turn it into a two act musical. The first of many plays with the character George.

BEN AND GEORGE Premieres at the Hollywood Fringe Festival This is the newest dark comedy from Fringe veteran Lorne Stevenson. 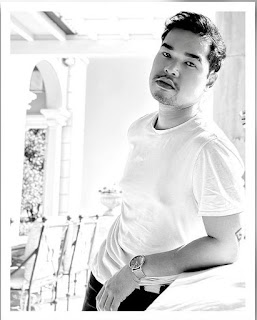 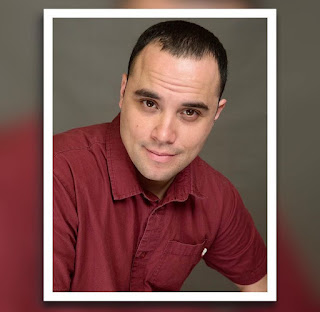