The Bearer of Bad News

The newly established Unladylike Theatre presents The Bearer of Bad News at Hollywood Fringe Festivalfor three dates in June 2022 at The Other Space Theater (at The Actor’s Company). The Bearer of Bad News explores the intersection of identity and purpose set against the backdrop of a world irrevocably altered by climate change. In this collaborative creation written by non-binary playwright Alex Kingsley, three actors play nine roles. These very same actors—Ashley Victoria Robinson (award-winning comic book creator and podcaster), Tiana Randall-Quant (BLKLST Co-Founder), and voice actor Kendell Byrd—founded Unladylike in 2022.
The three queer femmes pictured below from top to bottom Tiana, Kendell and Ashley all participated in answering each question and thoroughly enjoyed our conversation. 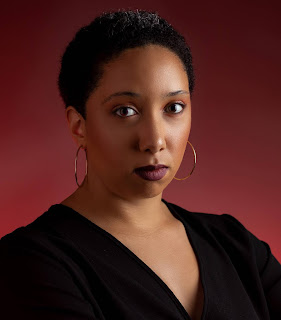 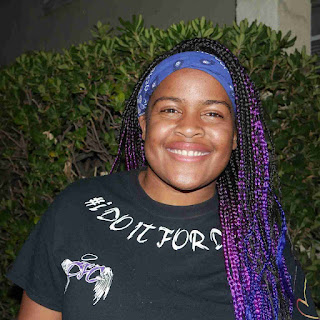 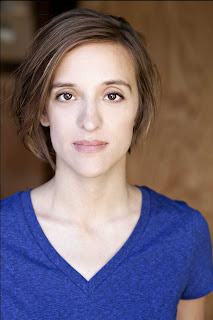 What entrances all three of you about sci-fi projects?

Science Fiction allows creators to push boundaries and expand our ability to comment on issues we see as timely. For example, with The Bearer of Bad News hitting the stage in a time when Roe v. Wade is being threatened we, as people capable of pregnancy, are able to examine our relationship with pregnancy - and the archetype of “The Mother” that is put on us because of that capacity - from various points of view.
Sci-fi, in particular, can drive an important message home creatively. The genre allows us to imagine worlds we do and don’t want to see. It allows us to make the audience uncomfortable in a way that will make them think.
How does The Bearer of Bad News fit into the mission statement of Unladylike Theatre?
The Bearer of Bad News is quite literally set in the future - which helps the three of us achieve “Reimagining in the future through femme-forward theatre.” It presents critical examinations of what AFAB characters owe to their society simply as a point of biology. The Bearer of Bad News is an alternate future which scares us, as creators, and we hope by inhabiting the world on stage, it inspires audiences.
You formed this company this year but worked together before at the Wallis Annenberg. Do you feel that three queer femmes can change the face of Los Angeles theatre for the better? How?
Queer femmes are creating some of the most exciting independent theatre in Los Angeles, in our opinion! We wanted to join the femmes stepping outside the status quo to bring big art to the small spaces across LA. Following Project Nongenue, Beating of Wings, and BLKLST we want to inspire the next generation of creatives to dive right in.Los Angeles indie theatre doesn’t get its due compared to Chicago or New York and the queer femmes of the city are changing that.
This is an extension of the previous question.
Gay theatre by and large appeals to gay audiences. Do you feel we can change straight theatregoers to more heartily accept what you want to say? How do we make them more open and cooperative?
For us it’s not about making folx more cooperative it’s about not letting them forget we are here. As three queer women we’re often put in boxes by the status quo and, frankly, we’re not inspired to sit in those boxes. If straight-identifying audience members don’t want to attend it’s their loss, not ours.
Now is the time in my mind to have more women take control in the theatre, especially minority women. I laud you. What other techniques besides sci-fi stories are you planning to utilize to make us all inclusive in a real community?
In addition to fostering new works (which our tastes happen to lean sci-fi), Unladylike Theatre also has plans to bring classics to the stage as well. By playing in the world of tropes and stories audiences are more familiar with, we’re hoping to further our exploration of how femmes will shape the future. What’s nice about looking backward to move forward is it offers us, as founders, the opportunity to reflect on our work and encourages larger casts which encourages further collaboration. For us, collaboration over competition is key in order to build the Los Angeles Theatre Community we want to see.
----------------------------------
Unladylike Theatre Presents
The Bearer of Bad News
A Femme Forward Imagining of the Future
At Hollywood Fringe Festival
The Other Space Theater (at The Actor’s Company)
Sat. June 4 (7pm) • Sun. June 12 (1pm) • Sat. June 25 (5:30pm)
Posted by Don Grigware at 7:47 AM