Jazz singer Mark Winkler has just released a new album on singer Bobby Troup and will do a CD release party at Feinstein's Upstairs at Vitello's on August 23. In our chat, Winkler talks about his background, his love for Troup, jazz and the world of music in general. 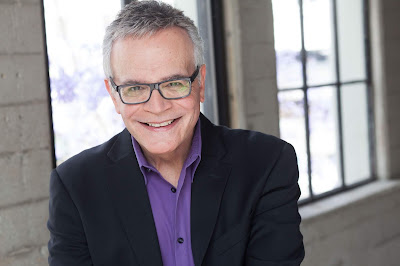 Tell our readers about your background. Where are you from? How did you get interested in music, especially jazz?

MW: Well I’m a native of Los Angeles. I like to say that I never had a sense of reality, so being in show biz is very natural to me. My mother, Marceline Marlowe was a big band singer and would sing on the tourist boats that traveled to Panama and Hawaii—she was always singing around the house. My Dad was a jeweler and would sell watches on the 20th Century Fox lot among other places. My mother’s sister, My Aunt Shirley also had a lovely voice and we would all gather around the piano while my Mother played pretty good piano on Friday nights and sing. I actually had to fight my way in—they didn’t let me sing till I was 13 years old and I guess my voice changed for the better!

I became interested in Jazz when I became a student at Los Angeles High School in the late 60s and the school was about 60 % Black. My friends told me to throw away my Leslie Gore Records and they hipped me to Nina Simone and Etta James and Wes Montgomery. I was crazy about his LPs – so it was a thrill for me to write lyrics to one of my favorites “Bumpin” and get the Publisher to approve it. She said she’d been getting lyrics for 40 years for that one tune. I had a very big head about it, till she rejected my next three lyrics. The lyric version of “Bumpin” is called “I Could Get Used to This” and was recorded by me and Cheryl Bentyne on our last CD and by Claire Martin in England. So I got into jazz by my choice of school

How did you become interested in Bobby Troup? Is he your idol?

MW: I’ve known about Bobby Troup since I was a little boy. My mother knew everything about show biz- and I knew he had written “Route 66”, was married to Julie London and had produced her hit single “Cry Me A River” But, I really got turned onto his music when I purchased a CD of his “The Feeling of Jazz” in 2002. I was looking to do some outside tunes—and I loved his stuff so much I did a whole CD of his songs“Mark Winkler sings Bobby Troup”- back in 2003. I consider him a kindred spirit. I really understand his songs—they swing and the lyrics are smart and sometimes funny. As a lyricist I appreciate his craft and quirkiness. As a singer- we both are very conversational in our approaches. Plus we’re two guys from the left coast! My other album that’s a tribute to a songwriter covers the material of Laura Nyro- who is sort of the polar opposite to Bobby-her stuff is so dramatic and poetic and overblown (in the best possible way). I couldn’t see them even being in the same room together-talk about a generation gap. But here’s an interesting fact, they were both born on Oct. 18th- which I find amazing.

Another thing I dig about Bobby Troup is that while writing in the tradition of his idol Johnny Mercer, He was quirkier and a little more casual in his approach- he is really the bridge between Mercer and let’s say someone like Leiber and Stoller.

Did you ever meet him?

MW: Unfortunately, I never got to meet Bobby. But after my first CD, I got a lovely email from his son in law, Bob Bayles. Telling me how much he enjoyed my CD. I still have it. Then I got to meet his two daughters by his first wife-Ronne and Cynnie and we all clicked immediately! They’ve been so great over the years—and actually the new CD was inspired by them. I did a concert last October of all Troup Songs and they all attended. After the show they gave me a whole box of his personal sheet music and about eight cds of his music. Playing all the songs over the next couple of days made me realize I had to do another CD of his material. Of course, I think that’s what they had in mind all along.

MW: Recording the new CD, “I’m With You: Mark Winkler sings Bobby Troup” has been an utter joy for me—his material fits me like a glove. For example his ballad “It Happened Once Before”is just lovely—but it has a slightly unorthodox structure , although it’s AABA the second time the bridge happens it’s substantially different than the first bridge—Bobby’s video performance of it on some show in the 60s is fantastic—Julie London is seated at the end of the piano looking glamorous and smoking away—very sexy, definitely un-PC. The chemistry between them was palpable. And I got to do a rare Page Cavanaugh comedy number called “Triskaidekaphobia” with Dave Tull, the wonderful jazz singer/songwriter/drummer who as a young man played with Paige Cavanaugh. We had a blast doing the song.

But each of my CDs has been really a good experience. I know most artists say they hate their work and blah blah blah- but I work very hard on my CDs and I for the most part really like them. I always do the very best I can do. The greatest element over the course of the 30 years I’ve been making them is the fantastic musicians I have had on the CDs.A whos who of the greatest players in LA—So the elements I like from my 17 CDs over the years are my songwriting craft and the great musicians. Wow! I played with Joe Sample and Anthony Wilson and John Clayton and John Beasley. I’m a very lucky guy.

It is difficult to be a jazz singer in this day and age. It seems to be a dying art, especially in the US. Do you see a relationship between current trends and jazz? If so, in what way?

MW: It is difficult to be a jazz singer in this day and age—but it’s what I do best. I really have the voice and the point of view of a jazzer. But I’m encouraged by the success of such jazz singer/songwriters as Gregory Porter and Rene Marie—and singers like Cecile McLorin Salvant and Kurt Elling. As long as they are filling halls, I think Jazz is in good hands.

Who are your other favorite singers of all time? Why did you choose these?

MW: My favorite singers of all time are Mark Murphy and Al Jarreau- both gentleman are now gone, Their music never fails to inspire me. I just love their fearlessness—especially Mark Murphy. I wrote a tribute to him on my CD “The Company I Keep” and got to sing it with my favorite female singer- Claire Martin. What a Thrill! I’m a big fan of singers- I just love Cheryl Bentyne as a singer and I’m lucky enough to have been singing with her for 10 years. I love singers who tell the story and don’t generally show off—Except for Ella and Mel Torme- scatting is not my favorite thing. I’m a lyric guy.

Do you have any interest in the theatre and Broadway pop music? Do you work that into your programs?

MW: I love the theatre and have written 6 shows. My most famous one has been playing off Broadway for 20 years “Naked Boys Singing!” I unfortunately just wrote 2 and a half songs for it, but it’s been a wonderful experience for me. I had a second show open off Broadway in 2011 “Play It Cool” and it was set in a jazz club in the 50s in New York- it starred Sally Mayes who was sensational in it—and it was nominated for a Drama Desk Award for Best Musical. Generally the critics killed it- nothing was scarier than seeing John Simon sitting in the front row with his arms folded- scowling before the lights went down. His review was terrible, but hilarious. The reviews all liked the music- it was the story they had problems with. But I loved the show- still do. I don’t usually mention I write for the theatre, because then the writers all say I’m cabaret. And I’m a jazz singer—but just this once I’ll cop to loving musicals!

In what direction do you think music is going? Is it going to be all hip hop, or will there be a resurgence of classic music from the American Songbook?

MW: I think there is way too much hip/hop in the world today. I’m a lyricist. So I gravitate to Country Alternative writers like Jason Isbell and Chris Stapleton who write smart and intelligent lyrics- but I love Ed Sheeran’s pop stuff as well as Taylor Swift. I’ve been teaching Lyric Writing at UCLA Extension for 13 years, and I have to keep up with the music—and there’s still good stuff out there. I’m a big fan of Gregory Porters songs and Rene Marie and I love David Yasbek’s stuff- The Band’s Visit was just sublime.

Anything you wish to add that I didn't ask?

MW: Well I’m gay, and I’m rather old—and I think I’m better than ever. The old voice is holding up. I say those two things because for many years I skirted around both. But I think I’ve become more popular, the more comfortable I am with myself, and honest in front of the audience. My husband Richard Del Belso died about 3 years ago- and I wrote a song for him called “I Chose The Moon” which I put on “Jazz and Other Four Letter Words”—I was in Tuscon Arizona in December of last year and the audience was senior and grey haired and looked like the Republican national convention. But I bit the bullet and when introducing the song told them about my husband and his death and how much he loved the song! And they all applauded. It was very rewarding. 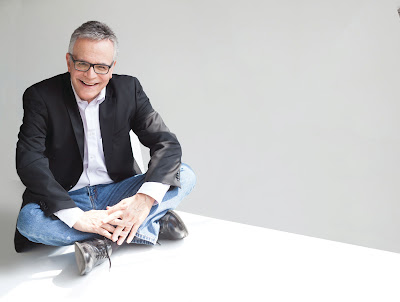 
And for more info on Winkler,  and to purchase his CDs, visit his website: