Are you still working during Covid-19? If so, for whom? 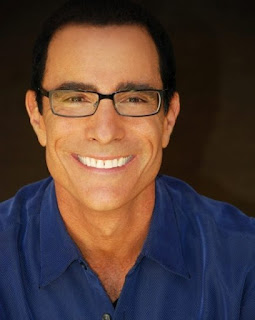 Right now I'm just working for California Lutheran University. Everything else that would be extracurricular or master classes or whatever has shut down so that is my ongoing semester gig

After I get over some work pile with that, learning how to segue all that info online-- which is a definite trial-and-error learning curve, I might do some free online classes for clients just to keep people creative, because I know people are out of work and they can't afford to pay me for stuff like this most likely. So it's a really tricky catch-22 and I'm grateful for the University right now.

But that is the only place I work aside from New Musicals Inc where I am not doing master classes because we have to maintain social distance,
Plus there is no reason to need to audition for anything right now because everything is shut down.

My directing projects at California Lutheran also got shut down.
It we can, we will remount those shows in the fall if some of those people are still there.
It's a weird bubble as you know.

When yoiu work with a client, do you encourage a new interpretation of playing a role or adding something innovative?

If I am teaching my cabaret class or I am working with a client to build a one person show, it's always about finding a fresh angle or finding a subject matter that is less explored, but that they have a very close and personal relationship with.
One of my favorite results of that was with Roslyn Cohn, who let us know that she had been a member of the church of Scientology for 27 years and had gotten out.
This was a few years back, before the "Going Clear" film had come out and really no one had a clear understanding of the breakdown and blow-by-blow of the Scientology organization
So we built a cabaret act that she had filmed at Sterling's Upstairs at the Federal. I helped with everything from the poster design to the title to the choreography to the structure and the content.
https://www.youtube.com/playlist?list=PLscwiyWcvFZ6latd7cAAIDPpaaJYLwfUB
Her goal was to make it accessible via YouTube and inform folks who are considering going into the church that they should not, as well as inspiring and supporting those trying to get out of the church.
After she posted it, she received so many international invitations to perform it at festivals and venues around the world.

Because it is such a painful journey for her to go through emotionally,  though of course it has a lot of comedy in it, she turned it down ...because she did not want to have to go through it again. But she was thrilled that it has gotten all of that attention and is helping folks around the world.

That's a great story. Ros Cohn is a talented lady, and I am sure she made the right decision for herself at that point in her career. Any other cabaret clients with interesting happenings to relate?
Yes, another set of cabaret clients not only did their show in Los Angeles but also at 54 Below a New York, and that was an exciting journey. Two Broadway teens who knew each other during their year on Broadway working in separate shows Matilda, and Annie, came together at last
https://youtu.be/bVI1vGWELQM
What do you feel are your most effective strategies in coaching your students?

I often try to help people give the best possible audition: best vocals in the correct style, clear emotionally full acting choices that also stay within the genre. But if they are going 'outside the box' we practice choices that way too, so in case they are asked for an adjustment, they are ready as well and have explored options.
Many times when we are building a part my client booked after coaching/callback coachings, we go through the role and I give them the system to look at it both as an actor, and also as a director to help come up with the smartest and most well rounded choices.

I did that with Sandy Bainum prior to playing Mame back east
and just with Talya Sindel to build Esmeralda in Hunchback, which of course got postponed/cancelled due to Corona.

So, right now, I'm weekly coaching my students at California Lutheran University on Cold Reading and Acting and Monologue Prep, plus teaching some voice lessons on line and also teaching Tap to my online dance students at CLU.

I am doing live teaching with supplemental training videos I create so the students can drill from those as well between our sessions.  I record the sessions in the cloud and share those sessions with the students as well for further study.

Josh is still hoping that all postponed work will return:

1. Next to Normal  P3 Theatre Company opening August 13 in Long Beach
Www.p3theater.biz/nexttonormal
2. Hollywood Revisited returns to the Greystone Mansion August 25
3. Czech Musicals at the Hollywood Fringe Festival October 2020
4.In the meantime folks can enjoy the cast album of one of the award winning shows which dropped in The Wedding Night on CD baby
All info at
https://ccactingstudio.com/director/#upcoming_director