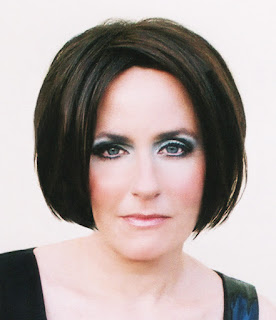 Writer/actress/cabaret performer Shelly Goldstein is  very popular worldwide and is in a constant state of motion with a unique sense of humor. In this special creativity interview she talks about just that. Especially wonderful is her advice to everyone to stretch your horizons and reach out to others.

DG: Overall, what are you doing during this horrible Covid-19 period to stay creative?

SG: First of all, Don, thanks for reaching out. One of the positive aspects of this wackadoodle time is the return to old-fashioned phone calls between friends, and emails/texts that are a bit more personal than a typical 6-word message. It’s been great to actually have conversations with people. I didn’t realize how rare such calls had become and I hope they don’t disappear.

I’ve been doing a lot of writing. Like everyone, I’ve lost a ton of work. Any gig I had on the books since mid-February was either cancelled or put on indefinite hold. That meant a lot of performances and many gala/award show events went away. The biggest disappointment was a gig where I was going to work with Julie Andrews on a lifetime tribute she was going to receive! But such is life. And “life” is what matters now.

My husband and I had a few projects that were in the works before this happened and we’re still inching those forward. There’s a series coming out this year in Europe called COLD COURAGE that we worked on: he wrote & Story Edited. I was a Script Consultant and I actually had the joy of writing a song lyric that is part of a key scene. Can’t wait to hear the final mix as, obviously, we weren’t able to be there as it was finishing post. I think it will air in the US in 2021.

I try to do a vocal warmup for every one of the 4,372 times each day I wash my hands.

DG: Have you been helping create projects online for people to watch or listen to?

My favorite thus far is a song parody I wrote (re-wrote Lee Adams great lyric) and uploaded to YouTube called “How Lovely When News Was Stupid.” It’s a parody of BYE BYE BIRDIE’S song, “How Lovely to Be A Woman”, written by Lee Adams and Charles Strouse.

No production value! I’m just sitting in a chair in my living room. But it’s struck a nerve. It’s gotten thousands of views and shares and online posts. I’ve gotten some very kind emails from people telling me the song caused them to laugh for the first time in weeks. That’s a blessing.

This is the song. Please enjoy and share with anyone who could use a smile!

My friend Mark Evanier wrote a terrific parody about the mess we’re all in and he’s asked me to sing/record. As soon as I learn the lyric, it’s next up.

DG: What about interviews?

SG: I’ve done some online (ZOOM) theatre and interviews and just today was asked to write & perform a piece for a benefit for the Chicago Actor’s Fund.

When John Prine died, I was heartbroken. Loss of a giant. I adored his songs. A couple of years ago I wrote a concert special for the Lyric Opera called CHICAGO VOICES that later became a PBS special. Prine was in the cast and he won an Emmy for his performance.

The night he died I kept crying and singing his songs. I’d done, “Angel From Montgomery” in a recent show and took that clip and put it online. It’s a perfect song and I love singing it. Playing/arranging is the great Doug Peck, who I met when he conducted and was the Music Director on CHICAGO VOICES.

This is that video: https://www.youtube.com/watch?v=AFs4vq5SKhI

I have so many friends writing songs, recording songs, writing commentary/jokes – I think it’s so vital to have that outlet. I love seeing how singers, actors and writers are reacting to what we’re collectively experiencing.

I was so impressed by the song written by dear friends, Michele Brourman & Hillary Rollins, “While There is Still Time,” sung by another woman I adore – Maude Maggart. (I always say Maude’s is the voice that angels wish they had.) It had a touching video made by Christine Lavin who I’ve never met, but whose work I so admire. A gorgeous effort.

Seeing how other people are speaking out inspires me and makes me stronger. I am unofficially mentoring a few people – We keep in touch and I follow what they are doing.

I probably post much too much online – but it’s impossible not to see the insanity swirling around us and ignore it. I try to do it in a way that makes people smile and think – and I delete any responses that call for violence or cruelty. There’s enough of that in a million other places.

I feel like people are moving to a different place this week. Now that we’re sheltered-in-place for over a month, we’re all looking for the next step. I’ve started to get calls and e-mails asking my availability for writing special material or full shows/acts. I love how many performances are happening online and I’ve always happy to help!

DG: Do you have any recommendations for people on how to extend their creativity? Should they stick to what they know best or venture into unchartered territory?

SG: If there ever was a time to venture into unchartered territory – it’s now! We are flooded with emotions right now – fear, uncertainty, impatience, vulnerability, anger, gratitude, love – if that doesn’t inspire a song or a script or a joke or a dance or a painting or an opera or a concert…WHAT WILL?

This is a rare moment of stillness, although it’s impossible to be still in this political climate. We’re all feeling a ton of stress and anxiety. It’s helpful – emotionally, psychologically and physically – to challenge yourself.

One practical thing I need to learn how to do is add more production value to my videos. The days of just singing to camera aren’t enough anymore. I don’t have a green screen and don’t know how to do it…YET. But I am going to learn.


If I’m not creating, the only options left are worrying/crying/obsessing – or eating carbs. I spent 3 years carb-free and that has gone out the window. I can attempt many things of value during a pandemic. Giving up pasta and bagels is not one of them!

There is so much literally at our fingertips right now. Go online. People are giving classes, sharing shows, major theatres and cabarets are streaming past productions. Take a class – then teach a class. This is a great time for bartering. What can I learn from you? What can I teach you?

No one knows how or when we get out of this, but when we do – I hope it’s with more of a sense of compassion and community. If we don’t learn it now, we never will.

DG: There are so many lies out there. It seems that we have to make our own truth and that is scary. Do you have any predictions on how and when this whole nightmare will be over?

SG: Wow. We must, must, must fight to keep the truth alive. We must dig for it and we must counter that dangerous lies that we face every hour of every day.

Right now, the single most important thing is to listen to the experts and leaders like Governors Cuomo, Newsom, Pritzker, Witmer, Inslee. We also need to STAY AT HOME! Yes, there are a million other places we’d like the freedom to go right now. Be patient. Tough it out. If you don’t want to do it for any other reason, do it to show respect for the medical personnel who are working superhuman hours to keep people alive. It’s literally the least we can do. We must “Stay the F Home!”

We all see how hard the medical first responders are working. The best way we can help them is to flatten the curve. Which means staying home. Another great way to help them is to send food to your nearest ER.

If a friend is alone or vulnerable, send them a GrubHub gift card or find out what you can send them.

I have no idea when this will be over – or even HOW it will be over. I know it will not absolutely end in one single day. But I can’t fathom what the stages will be that will put us on the road to “normal.”

I think it’s important to say, “I don’t know” when you don’t know. People don’t like those 3 little words and they also don’t like, “I was wrong.” The inability of some of our leaders to honestly say those 2 phrases when needed is one of the things that got us into this mess.

And to quote that great philosopher, Dolly Gallagher Levi (by way of Jerry Herman) – “Whatever you do, for God’s sake, KEEP BREATHING!”