Actress/singer Tiffany Bailey has many talents. She also happens to be a behavioral therapist for children with autism. I laud her for that. Last spring 2019 she released an album entitled "Jazz with Pop" and her cabaret show was very well received. In this interview she updates our readers as to the success of the CD and talks about her other projects for 2020. 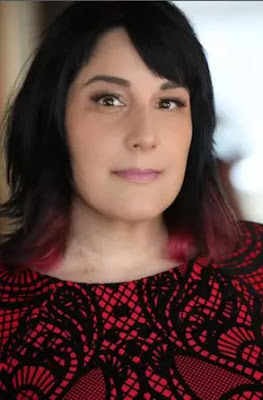 How has your CD been selling since your concert last spring?

TB: The Jazz with POP CD has been selling ok. People seem to like the disco inspired groove of Twilight Tone and the soft haunting feel of True
Colors the best. More people are hearing about Jazz with POP, so that is great! I have it listed on all music platforms: Itunes, Spotify, Amazon, CD Baby! I also have it available on my website:
www.tiffanybaileymusic.com

When is your next concert appearance and where?*

TB: I’ve got a few private gigs coming up in January and February. Next public gig is set for Thursday: April 9th at Feinstein’s at Vitello’s. This is one of my favorite venues. I have some cool things planned.

Lots of exploration in 80s/90s pop, musical theater, epic songs that have theatrics, a little Jazz, and comedy! Another gig I’m excited about is:Thursday: June 26th at The Gardenia Lounge. with my friend,
Francesca Amari, who is a popular cabaret singer in Palm Springs. Two very different shows. Both incorporating: comedy, cabaret, and some musical
theater, mixed with pop.

Are you changing what you will sing for the next series of concerts?

TB: In some ways yes. I will always have my Jazz roots. But, I’ve really
been exploring the comedy of Carol Burnett and Lucille Ball. Also
finding some great musical theater I like; some pop influenced songs,
and a little Lawrence Welk, if you can believe it.

Tell our readers again about growing up with a musical father and
how it motivated you to want to sing professionally.

TB: Growing up with a father who plays music has been one of the greatest
blessings in my life. When it came to learning about cool artists. My
dad was steeped in the jazz world, so I learned about and listened to
Chet Baker, Diane Schuur, Charlie Parker. But he also introduced me to
the Bee Gees, Captain & Tenille, Ray Charles, Hall & Oates, The
Carpenters…the list goes on. Even now, dad is always sending me links
to music I should listen to. We have a lot of fun chatting about it.
And he really understands my musical tastes, so I listen to a huge
variety of music.

Are you embarking on essaying other styles of music, or do you feel
more comfortable staying with jazz and pop?

TB: I feel very safe with and love singing the jazz standards and pop
music, but I’m definitely exploring new music genres in the last few
years. I’m wanting to bring in a funk component to some of my
arrangements; I’m also exploring adding a theatrical element to my
shows, so I’m listening to a lot of show tunes, both from the Golden
era of Broadway and contemporary shows. I’m really attracted to songs
that tell a story, and I want to translate that to my shows:
storytelling with music, words and lights. I want my audiences to feel
“full” when they leave my shows. I want the music to speak out,
loudly. And I want them to really understand the stories behind the
songs and feel the passion I do about the music itself.

What other projects are on the horizon or more specifically in the
near future?

TB: I’m exploring more acting and voiceover work. I’ve gotten my headshots
done for commercial film and TV. I’m trying to put myself out there to
get a feature film. I love using my voice in fun ways and exploring
what I can do as an actor. Recently, I’ve started to figure out how to
perfect Carol Channing’s unique speaking style. It’s a tricky one; she
was such an incredible talent.

I’m also looking to get more involved in directing cabaret shows and
theatrical productions. I have a background in music and art therapy.
I truly enjoy working on shows and being involved in the writing and
development process. I think I bring something valuable to other
artists, including adding the component of fun, organization,
creativity and collaboration.

Tell us again who your favorite singers are, old and new.

TB: My idol, Karen Carpenter is number one. Others include Lea Michelle,
Sharon McNight, Esperanza Spalding, Casey Abrams and Melody Gardot.
Lately, I’ve been really intrigued and enamored with Billie Eilish –
both as a person and performer.

Do you wish to add anything?

TB: I decided this past year to really follow my passions, so I have been
taking piano lessons, which has added so much joy to my life. My goal
was to accompany myself at a show, and I’m happy to report that I will
be doing that! I just want to immerse myself in the entertainment
world, from music to directing to cabaret to voice work and acting.

* This concert has been cancelled due to COVID-19. When things get back to normal, the concert will be rescheduled.

When I asked Tiffany Bailey what she is doing to stay active creatively, she had the following to communicate with us:

TB: Haven’t rescheduled yet. So hard to know when to do it. Probably looking at early next year, or end of this year. Just continuing to work on projects and stay musically moving & grooving.

We were so excited to be doing our show : The Tiffany Zone in April at Feinstein’s. But, safety is what’s most important. We are looking forward to rescheduling. The Tiffany Zone, directed by Keri Kelsey, is going to be a blast to the 80’s and 90’s, quirky stories, heartfelt ballads, and lots of music you can celebrate with. We are even bringing back actual high school show choir friends from my high school (Erin Rivlin & Crystal Keith)! Both ladies are exceptional musicians. We will have some great moves too. My special guest will be jazz musician:  Jeffrey Gimble. Featuring Emile Hassan Dyer as well. Musical Director: Jamieson Trotter!
Info about upcoming dates can be found at: www.tiffanybaileymusic.com

During this time, I’ve been staying sane by: Playing piano 2 hrs a day, taking a sight singing class with Jazz singer/teacher Sandra Booker, working on shows with Karen Celeste Kruz, and Francesca Amari Sajtar.  Dancing every day & learning new moves. Having creative conversations with friends and family. Acting silly, taking risks (videos, live streams, writing), virtually making crafts with my niece. Finding resourceful ways to connect with people. Taking time to appreciate the space during this scary time. Funny how suddenly doing the dishes, has become more enjoyable. Especially to music. Grateful to all who are helping to burn this pandemic out.

Visit Tiffany bailey at:
https://www.tiffanybaileymusic.com/press
Posted by Don Grigware at 10:37 AM