Stage and TV star Barrett Foa will be performing Sunday October 16 at Catalina Jazz Club in Right This Way, Your Table's Waiting, a part of the special event CABARET is alive and well and living in LOS ANGELES, directed by David Galligan.

What are you going to be performing in the benefit? 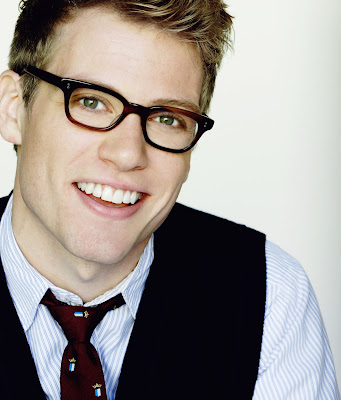 Dianne (Fraser) asked me to reprise my One-Man "One Day More" from LES MIS. I'm always excited when I get to perform that piece. I struck gold with that one - it gets a standing ovation every time. Actually, I performed it for the first time at a benefit exactly one year ago. Happy birthday, One-Man "One Day More"!

I reviewed you recently in An Evening of Classic Broadway and loved "One More Day" from Les Mis. You made a comical three-ring circus out of this which was so pleasurable to watch. You are so good with creating character voices ... fast. Did doing Buyer & Cellar help you hone this ability or have you been doing voices all your life?

Don! Your review was so so kind. "And then there's Barrett Foa...." I'll never forget that. ​Thank you! I've been doing voices​ ever since I was young. i'm from New York City, and both my parents worked long hours, so we had a Honduran house keeper/nanny named Maria Lopez. In Honduras, many people point to objects across a room with their lips. I picked up on that from a very early age, and did her voice. I remember my parents being in stitches.

BUYER & CELLAR was such a fun challenge and was certainly a confidence booster in terms of my voices and impressions. I watched hours and hours of Barbra's movies and YouTube interviews. James Brolin, too. But of the 7 characters in that play, it was the voice of Sharon (Barbra's house manager) that was the most difficult to nail down (Was she from Long Island? Did she smoke? Was she a British ice queen?). She kept changing, but I found her in the end.

Also, I'm excited to get into the voice over world. I just started the ball rolling on that front, so look out for my voice in an upcoming cartoon somewhere! 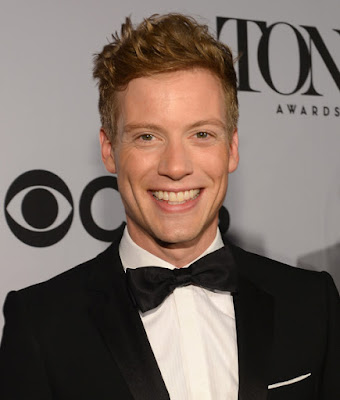 What's up with NCIS Los Angeles? Can you give us a sneak preview of what's going to happen in your eighth season?

Our ​Season 8 two hour premiere event had fantastic numbers - partially due to our new night: Sundays at 8pm which I think is perfect for us. ​We managed to carry that momentum into the next week as well, so we are over the moon and so is CBS. I think the show has at least another 2 or 3 years in it, which I am excited about. A decade of my life?! WOW. This year, our second in command, R. Scott Gemmill, was promoted to showrunner. He really gets the tone of the show and adds so much humor. (Plus, he writes really well for my character, Eric Beale! Hahah.) We are about to shoot a great episode where Eric (the resident computer geek) gets sent into the field - gun and all - he's such a goofball and gets so nervous which is really fun to play against legends like LL Cool J and Linda Hunt.

What is your favorite stage role?

​I played Harold Hill in THE MUSIC MAN a few summers ago at Connecticut Rep, and I just don't know what musical is better written than that one. I've played a dancing teen three times in that show, and was finally "mature" enough (ahem) to play Harold. Marian was played by one of my best friends, Courtney Balan (now the standby for all three roles in FALSETTOS on Broadway), which made it that much more special. She and I played Hope Harcourt and Billy Crocker in ANYTHING GOES​ back at The University of Michigan. (Celia Keenan-Bolger was Erma, Alex Gemignani was Moonface, and Todd Buonopane was Eli Whitney. - What a cast!) Bad guys are also fun - I played Mordred in CAMELOT three times. BUYER & CELLAR was pretty fulfilling, and Princeton/Rod in AVENUE Q is certainly up there as well. It's the ones that are the hardest... the ones that scare you and make you sweat, that become the faves. They teach you something and stretch you and show you what you're capable of.

Is there a part you yearn to play? If so, which one? Why?

What? Oh. Well, I haven't really thought about it, but here's a quick list off the top of my head. Hahah​

​Musicals:​ King George in HAMILTON, Seymour in LITTLE SHOP OF HORRORS​, Hedwig in HEDWIG AND THE ANGRY INCH, Shakespeare in SOMETHING ROTTEN, Emcee in CABARET, Billy Flynn in CHICAGO
Plays: Thomas in VENUS IN FUR, Black Stache in PETER AND THE STARCATCHER, Rodolfo in A VIEW FROM THE BRIDGE, Max in LEND ME A TENOR (played him at Interlochen Arts Camp - need to get another crack - who doesn't love a farce?)

Do you like musicals better than plays? If so, why?

Musicals are my first love. We "get" each other. I know how to tackle them. I got my BFA in Musical Theatre at The University of Michigan​. But more and more, plays are piquing my interest. Especially after getting more comfortable on camera without bursting into song. NCIS: LA has shot 175 episodes, and I've been in every one. It's unbelievable. It's been such a great learning experience crossing pollinating all these techniques to other media. I bring musical comedy into my character on the show, and I bring some grounded realism to my acting on stage. It's all mutually beneficial.

Do you have a favorite composer? Who? Why?

​Jason Robert Brown just does something to me. He understands what I understand. Musically and lyrically. It's astounding. How does he know? ​ Lin-Manuel clearly has his finger on the pulse. So proud of EGOT winner Bobby Lopez going on to MORMON and FROZEN after AVENUE Q. 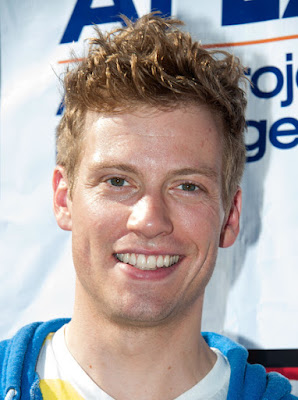 What's on the horizon? Any chance you will go back to New York in the near future, perhaps at the season break?

​I love recharging my batteries every summer, so I'm always looking for the right play or musical to fit into my hiatus, and CBS has been flexible and cooperative with us - so I am grateful.

I've also taken matters into my own hands, and created my one man cabaret, GRIN AND BARRETT. We played to sold out houses in LA at Rockwell, and in NYC at 54 Below last spring.​ I'm excited to bring it back to Rockwell and hopefully The Wallis in Beverly Hills in early 2017. I'm also talking to Jim Caruso at Birdland in NYC for a February date, so keep your eyes peeled, LA and NYC - and then beyond. It's a very fun show. And certainly not your grandma's cabaret. I bite off a lot. Again, that's how you grow, right?