Actor Marc Kudisch has been nominated for many Tony Awards, including Best Featured Actor in a Musical for Thoroughly Modern Millie and 9 to 5: The Musical. A first time director he has just completed an enormously successful engagement of Joseph and the Amazing Technicolor Dreamcoat for 3-D Theatricals. In our brief  chat he ruminates about this success and relates the experience to other productions of Joseph in which he has performed. 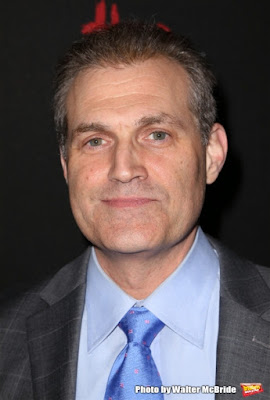 Marc, I understand that this is not your first association with Joseph. Tell us about your Broadway debut in the revival of the show in 1993/94.

Joseph has been a part of my life since the time that I was a young kid, and my rabbi would call me his young Joseph, and gave me a shirt of many colors, which upset the rest of the kids at Hebrew school, and I got beat up for it! I love the musical of Joseph before I even understood what a musical was, as it was played in my house at Passover year after year. So to have that be my Broadway debut was really special, and to be a part of the creation of the version of Joseph that we all know today made it really fun to come back and direct now.

How does it feel to step into the director's shoes with the show? As a first-time director of a pre-existing show, you certainly are an asset to the production as you know the show and what is expected of the actors in it. So, what were your existing challenges?

The only challenge I ever see as any kind of a creator,  be it actor, director, producer, writer, etc. is getting beyond the assumptions of what an audience is wanting; risking, going for the unexpected, trusting the audience is always going to be smarter than we give them credit for. Specifically with Joseph, the show is always been done as a camp, as a farce, and the performances always play into the pastiche or parody of each musical moment. As a creator, I always like to go to the "what if" of the situation; in the case of Joseph, instead of playing into the parody of each musical moment, I wanted to use the parody, use the pastiche to continue to tell story, letting the story always be first, letting the story drive the reason for the musical moments. Joseph is a much deeper story, more than most people give it credit for; it's a simple story yes but simple does not mean easy. So in truth, the greater challenge came to those that were the actors in the show, to go beyond what they typically see Joseph being, and trusting in telling a very truthful story.

Why do you think that Joseph is still popular after all these years? Is it the story and the way that it is told theatrically?

Joseph has great music, fun and varied styles and is a classic fable that many different faiths share. It's also fun, about family, about forgiveness....it's why the story and show will ALWAYS be popular.

How does 3-D Theatricals' production of Joseph differ from most? Anything new that our Los Angeles audiences will see?

How we tell the story, our particular point of view is almost completely new, so almost everything will be fresh to audiences that have seen it before. It's very story-centric, and I wanted it to feel like a Cecil B DeMille film come to life. How we handle the pastiche, how we interpret Joseph's journey...it's all our own conceit.

Talk about your cast, creative team and working for 3-D overall. How is it directing your wife Shannon Lewis?


It's been great working with 3D; they're a young company with great passion and ambition, and what they've accomplished in 5-6 short years in the Southern California community is astounding. As well as working with the local talent,which is fantastic and really diverse. It's important for the community to support local theatre!!!!! It's why Shannon and I were so excited to come out here and help premiere 3D's first venture at Cerritos. As for working with Shannon, she's brilliant. Super smart, very in touch with her own unique voice as a choreographer and storyteller, I couldn't have achieved this Joseph without her.

As a performer, do you have an all-time favorite musical? What is it? Why this particular one?


Don't have one; my good fortune has been to be a part of the creation of many… and hopefully, many more to come.

So you have a favorite composer? Why this choice?


Michael John LaChiusa. I have a long standing relationship of creation with him. My proudest musical moments have been with him. He's the best storyteller I know; he lives in the heart and the head constantly, and mines the tension of that existence for all it's worth. I work in the same way I think.

You have done many musicals as an actor. What makes musicals more difficult to perform than straight plays?


A play is a vacation compared to a musical!! I'm joking, but also not. The physical strain of speaking, singing, dancing all in one evening, working in 3 vernaculars of storytelling, constantly being sensitive to how the "voce" is responding....it's exhausting. A few years back I was doing Hamlet at Yale Rep. I was Claudius and the Ghost; it was the dead of an incredibly cold winter; the entire cast was sick and coughing, and I said, "Thank god it's just Hamlet; if it were a musical, we'd all be screwed".


Do you yearn to play any special role that you have not tackled thus far? What is it? Why?


Honestly, my career has been largely as a creator, my favorite roles I've played didn't exist untiI I played them. It's been my good fortune up til now. I hope that good fortune will continue ‘til I decide performing is done.... 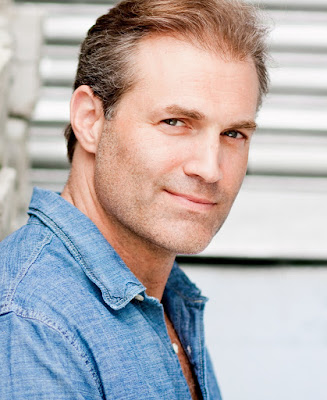