It is a pleasure to announce the World Premiere of the feature film Two Ways Home at the Dances With Films 22 film festival as an Official Selection Supporting Mental Health Awareness on June 15th, 2019 at the Historic TCL Theatre in Hollywood, California

Tanna sat down and talked with us with great honesty about the project and what it means to her.

Talk about your charitable organization in Iowa where the film was made. 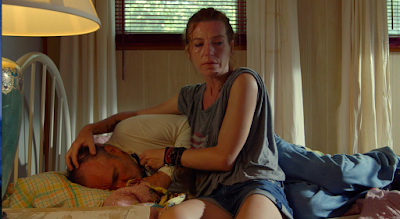 I started an organization in Iowa to focus on and bring into light midwest filmmaking and filmmakers and highlight the abundance of talented individuals in the heartland. There are not only so many talented actors and crew that I grew up with but incredible stories and playwrights/ screenplays that come from storytellers in the midwest. Case and point the screenplay of TWO WAYS HOME writer Richard Schinnow as well as all of the incredible material and artists I worked with at the University of Iowa writers program. I saw a lot of films which were larger budgets from Hollywood, when I moved out here, that touched upon utilizing the beauty of the midwest landscape in their films, but only in such a way that it perhaps served as the background for a horror story at times or the cast itself was not local hire. This film held casting calls across Iowa and stars Tom Bower who has Iowa ties and Joel West who is also an Iowa native. I just wanted to make sure to represent the midwest as an abundance of talent and resource for filmmakers.

Tell us in detail about Two Ways Home and the character you play.

I play a strong woman who has faced adversity in her life though mental health issues, namely undiagnosed bi-polar disorder. After getting out of jail, treated, and with no where else to go, she is faced with the challenge of trying to reconcile with her thirteen year old daughter and trying to get her grandfather back onto his farm from a nursing home. This story rings particularly close to the heart for me because it is something I would have liked to have done for my grandfather in an ideal world-taken him out of the nursing home to live out his days on his farmland. Tom Bower reminded me so much with his incredible acting of my grandfather...Very tough and stern, but yearning so deeply for his land and animals and dealing with PTSD (Post-traumatic stress disorder) from WWII. It was very haunting and bittersweet to make this film.I really felt I made peace with my grandfather for what I couldn't do in life for him.

What do you hope to do with the profits from the film?

I hope to give a percentage of the proceeds to the National Alliance On Mental Illness - NAMI - an organization that in this political landscape is under funded and thus still under appreciated and utilized nationally. With the rise in suicides indicative of depression and the stigma and shame often associated with mental health disorders, there can never be enough support and awareness brought to the table regarding mental health.

What do you hope audiences will take away about mental illness?

That a mental health disorder, specifically bi-polar in this case, is not a weakness but builds strength and story in a person's life. I hope the more quiet portrayal of my character's bi-polar disorder, in conjunction with the notes of Tom Bower's character and his post war trauma, will not override the beautiful story of a family that seeks to stay together and move forward but plays a key part in the families defining strength to fight to come together, that is what makes them unique, and it is by confronting a perceived 'weakness' that an even bigger strength and impenetrable love can emerge.

How did you first get interested in doing this kind of work? I see you as a terribly caring and brave soul.

My parents were both on the board of the National Alliance on Mental Illness and the North Iowa Alliance for Mental Illness as I was growing up. My father was a pharmacist who devised a system of med sets in Northern Iowa for the mentally ill to help keep monthly and weekly meds. My mother is a very strong woman with two master's degrees, one in psychiatric nursing, who taught nurses to assist in caring for mentally ill. We also were a part of a program and unit called the North Iowa Transition Center, which took the severely mentally ill off the street, housed them in apartments, rehabilitated them with therapy and medication, found job placement for them, and stayed alongside them and their families throughout their lives. The North Iowa Area Transition Center shut down because of funding, but I ran the Los Angeles Marathon four times to raise money for it. It was an interesting ride to see such a hopeful program that helps us see the stigma attached to mental illness. Without adequate education and information in society regarding mental health issues, some neighbors would protest the Transition Center being on 'their' block or around 'their' children. That was a while ago and thankfully there were far more people who rallied around helping and educating themselves.

Is this role a dream role for you to play?

It is absolutely a dream role. I love the underdog characters who might not be the protagonists running out of the gate, but end up touching the audience in a way they didn't expect that is far more complicated and long lasting, and hopefully familiar...The sort of 'messy' characters who on the inside are exceptionally strong and have that tough, midwest female lion's heart.

And working with Director Ron Vignone was incredible, having the value of an Iowa story lensed through a Californian-lol. I felt like he appreciated the midwest more than I did, and the story even more than I did, if that is at all possible. He was a wonderful director and shaped the story and our work though a sort of gentle musicality that I can see on the screen. That's the only way I can describe his directing-sort of like watching him play classical piano-very elegant and subtle and coming together through his very delicate and quiet precision and watching. 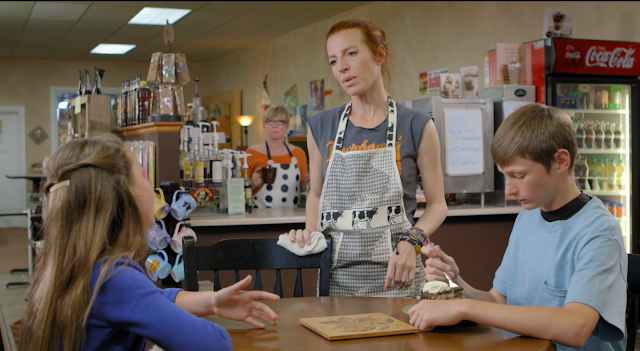 Do you have another project you are yearning to work on?

I feel lucky to keep finding these fantastic characters that are strong and beautifully ugly sometimes. Like theatre rehearsals-the sort of obtuse moments that stick out and end up working for the performances because they just do-I love finding characters like that...Unexpected, loving, and deliciously human.

Add anything we did not mention.

Thank you so much for supporting indie film, Don!