Actor/director Patrick Burke is nominated for a BWW Award for his outstanding direction of Avenue Q at Group Rep this past summer. This interview shows his deep connection to the show and desire to move it forward. 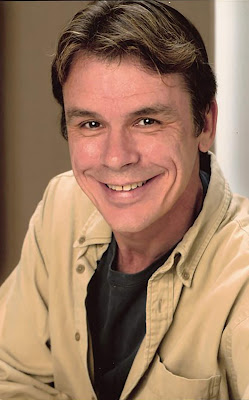 You’ve been an active member of the Group Rep for years, as an actor and producer.  The Group Rep is not known for having musicals on their season schedules.  How did Avenue Q get on the 2019 Season Schedule?

PB: I have just always had a passion for Avenue Q since I saw it on Broadway in August of 2003.  At the Group Rep, members are encouraged to present projects which are performed in front of the company following the Monday night membership meeting. I approached fellow member Paul Cady, a wonderful pianist, and discovered that he loved the show too. Our Co-Artistic Directors and the Artistic council enjoyed the presentation and decided to put it in the 2019 season.

How did you prepare to direct a musical?


PB: I have performed in many musicals myself and learned a great deal from the men and women that have directed me.  For this particular show my puppeteer training was a plus. I trained with both Kevin Carlson and the late Michael Earl, both had worked extensively with the Henson Company. Kevin Carlson still puppeteers in Henson Company films.  The late Michael Earl worked on "Sesame Street" in the 60s and 70s.

Is this your first BWW Award nomination? Regardless, how do you feel about it?
PB: I was nominated as an actor for my role as Eddie in Lost In Yonkers It is always amazing to be recognized.

Is acting always going to be first with you, or might you continue to direct?

PB: Acting is my priority. However, I really enjoyed directing and most definitely will do it again.
You put your soul into Avenue Q. Might you revive it at some point, if not at Group Rep then at some other theatre?
PB: I would love to revive it. I have all the puppets. I am sure people are tired of hearing me say it but I just love this show.
I understand you created puppets for The Man Who Came to Dinner -  penguins? -  as well. Is that true?
PB: No I was not involved in The Man Who Came To Dinner. I hear it is a wonderful production and I am looking forward to seeing it.

To read more about Patrick Burke and  especially his puppetry background, go to the link below to see an interview I did with him during the run of AVENUE Q last tummer..