Michael Mullen works onstage and behind the scenes. He is a superb costumer and an equally marvelous actor. In our conversation he talks about his 7 BWW Award nominations and overall about the joy of being in the theatre. 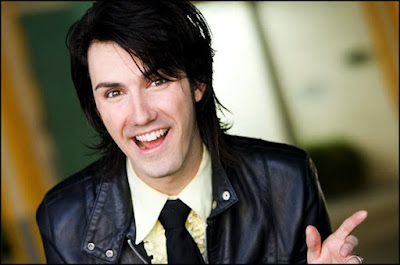 How does it feel to be nominated four times for a BWW Award for costuming?

MM: It feels really cool to be nominated for 4 BWW Awards for Costume Design. I loved working on all 4 of the shows. It was fun to delve into the 1930s with She Loves Me. I love the Victorian period which I got to do with The Importance Of Being Earnest. The Elizabethan period is one of my favorite time periods which we set The Merchant Of Venice in. And Roots was a series of 4 one-act shows that allowed me to create costumes from modern day to Peter The Great to Ayn Rand to a comedic cockroach.

Is there a favorite of the 4? If so, which one? What would you like to win for?

MM: I don’t really have a favorite of the four shows. I would be honored to win for any of them. :)

Do you do extensive research for every project or do you follow your instincts in many cases?

MM: When designing a show, I do some research on the time period in which the show is set- so that I know the clothing styles of the day. And then I follow my instincts with the rest of the work.

Do you have a mentor? If you had to pick one Broadway or film costumer, who would that be? Why?

MM: I don’t really have a mentor. I love Bob Mackie and William Ivey Long as designers. I love the glitter and glamour of Bob Mackie’s work. He is also a great comedian with some of his designs- like on "The Carol Burnett Show". His design for Scarlett O’Hara with the curtain rod dress is genius and comedy gold. As for William Ivey Long, every show I’ve seen of his was amazing. I especially loved his work in Cinderella. Those costumes were spectacular- especially the Cinderella and Marie transformation dresses!

Do you have a preference in costuming musicals or straight plays? Why that choice?

MM: I prefer costuming musicals because I think they are way more fun. There’s nothing like costuming a big fun musical number and seeing 20 actors up on that stage dancing around in your lavish splashy designs. It’s fun to see how all the costumes move and look together. My favorite musicals that I’ve designed so far are Dreamgirls, The Boy From Oz, Siamese Sex Show, and Cabaret.

What about as an actor? You have also been nominated three times for BWW Awards this year as an actor. Is it more fun to do a musical or a play?

MM: I love acting and have been very lucky to act in a lot of shows in the past few years. I love doing plays and musicals. However, I always feel way more confident acting in plays because singing and dancing don’t come as naturally to me as acting does. One of my favorite roles to date is playing Miss Tracy Mills in The Legend Of Georgia McBride. It’s such a fun role and show! I also really loved playing Lady Bracknell in The Importance Of Being Earnest. She is deliciously snobby and grand.

Would you rather be onstage or designing behind the scenes?

MM: I honestly love being on stage AND designing behind the scenes. Crown City Theatre Company has been wonderful because they have given me the opportunity to act in and costume design I’m Just Wild About Harry, The Mousetrap, The Importance Of Being Earnest, and The Legend Of Georgia McBride. It’s a dream to act in and costume design shows because I love doing both. It’s also really cool to get to dress myself and create my character’s look.


Anything you wish to add?

MM: I am honored to be nominated for seven BWW Awards this year- four for costume design and three for acting. I hope to continue working in both fields and getting better at my crafts. I love what I do. And I hope people come and see The Legend Of Georgia McBride which is now playing at The Secret Rose Theatre through February 9th! It’s a fun show!

Tickets for The Legend of Georgia McBride may be purchased online at www.crowncitytheatre.com or by phone at (818) 605-5685. The running schedule will be Friday and Saturday at 8pm and Sunday at 3pm through February 9, 2020. The Secret Rose Theatre is located at 11246 W. Magnolia Street in North Hollywood, 91601.