2019 Interview with the Troubies' Beth Kennedy 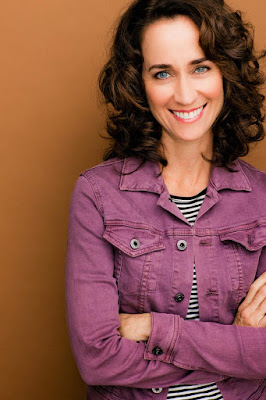 Actress Beth Kennedy is a staple performer with the Troubadour Theater Company, being one of its founders. The company is about to open A Christmas Carole King for previews on December 7 at the El Portal in NoHo. In our conversation Kennedy talks about how this revival show fits perfectly into the Troubies mission statement.

BK: You'll hear your favorite sing a longs from Carole King. Who played the Tapestry cassette until the tape broke? Songs that will bring you back to where you were the first time you heard them. And of course we turn these iconic songs upside down the way we do. So actually you'll try to sing a long and find you don't know these lyrics! There will be many fun surprises musically as we mash two libraries that have stood the test of time, Carole King and The Troubies (heading toward 25 years!)

Is this the first time mounting the show or have you presented it before?

BK: We presented this show before in 2002 at the Falcon Theatre.

Your shows are over.the.top but based on actual stories. Will the audience instantly recognize A Christmas Carol here and its amazing characters?

BK: I would say a resounding YES. One thing we do as the Troubies is hit you over the head with our characterizations and humor. We are not often described as "The Troubies, L.A.'s subtlest theater company." Yes, all the iconic Dickens' characters are there and even some iconic Troubie characters made the cut. Much of our humor counts on the audience's instant recognition of whatever we are sending their way. This show is no exception. We lean way in to Old Blighty!

What roles are you playing in this show?

BK: I am playing the Narrator, The Ghost of Christmas Past and Mary Cratchit.

Tell us about your band, cast and creative team.

BK: The band will be pumping and on point! The cast is half the size as the first time we did the show. A solid 9 actors. Everyone is playing an average of three characters. No one will be spending much time in the green room! And the creative team is filled with Troubie vets that know the drill. They consistently deliver in a creative, fun and high quality way.

How has playing the El Portal worked out? You surely get bigger audiences than at the Garry Marshall.

BK: This is our 4th show at the El Portal and we have enjoyed each and every one. We had been on the lookout for a larger space for a while as performing a holiday show into late January started to get a little old. Meaning, we would do about 3 times the shows at the Falcon/GMT than we now do at the El Portal, due to the smaller size of the Falcon/GMT. We were basically popping out at the seams and the fact that the El Portal is still in the neighborhood made the switch convenient for the fans. We love the Falcon/GMT and it will always be our home.

For reservations,  visit:
https://www.elportaltheatre.com/christmascaroleking.html
Posted by Don Grigware at 3:05 PM