Joseph Leo Bwarie is one of the Artistic Directors of the nonprofit Garry Marshall Theatre in Burbank, California. He is a Sherman Oaks native and a recording artist popular on Siriusly Sinatra on SiriusXM Radio. JLB is widely known for his record-breaking turn as Frankie Valli in the Tony Award-winning musical Jersey Boys (over 2,000 performances - Las Vegas, 1st National Tour and Broadway). Bwarie’s career began at age nine, appearing in the television series Highway to Heaven and Mama’s Family. He is a longtime member of Troubadour Theater Company (recent: co-director and ‘Ziggy’ in Little Drummer Bowie and ‘Octavius’ in Julius Weezer). A directorial highlight was serving as associate director alongside Garry Marshall for the world premiere of Billy & Ray and its New York premiere at the Vineyard Theatre. GMT directorial: A Funny Thing Happened … Forum starring Paul C. Vogt and Joey McIntyre, and The Root Beer Bandits: A Rootin’ Tootin’ Wild West Musicale - an original family musical he co-created with Lori Marshall and Rachael Lawrence. 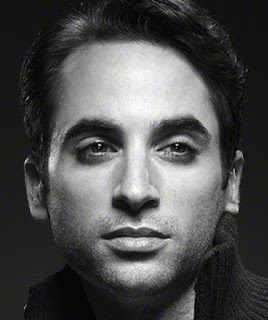 Bwarie is getting ready to open a live radio play at Actors Co-op Friday November 1. In our conversation, he talks in depth about this new production of Miracle on 34th Street.


Nice to see you are doing a live radio play. Miracle on 34th Street is a classic. Why do you think it still holds up after all these years?

JLB: I think Holidays defy age or trends. They become part of people’s traditions and become eternally relevant. So, whatever the holiday tradition – they are special. And Miracle On 34th Street is such a valuable story. It is a classic film that gets its annual viewing alongside White Christmas and The Grinch and It’s A  Wonderful Life and all the stop motion tv specials that are ubiquitous with Christmas. They will always be indelibly part of the season.

Tell our readers, especially those who have not seen one, what is shown in a live radio play...all the behind the scenes activity.

JLB: The exciting part about being in the room while a live radio play is in action is seeing the way the microphones are used with the voice actors, the musicians and the foley artists. In this production, it all happens right in front of your eyes. And if you close your eyes, there are moments that the foley design can transport you to Central Park, Doris Walker’s dinner table in her Manhattan apartment or even an elevator trip to the Toy Department at Macy’s in 1947. And that’s just a few that don’t give away the surprises.

Even in serious moments there is fun. What do you think are the most comedic elements in the play itself?

JLB: It’s a show that is operating on many levels. So, the layers of fun and comedy are coming from all different sources and styles. It really is a show for all ages. And it’s a feel-good show. There is humor and heart in the music, there is charm and whimsy in the foley, and at the core of it all, the adaptation of the original film script brings its own specific wit and comedic appeal. It’s a true ensemble cast and they create the entire world – the music, the foley, the movement, and of course… the laughs.

What to you symbolizes the use of the word "miracle"?

JLB: It’s a special word, right? And it’s a word that is probably used too casually. Getting from Pasadena to Santa Monica in 45 minutes is not the true definition of a miracle. For me, a miracle describes anything that is full of wonder… something that makes a person feel jubilant or alive. That is what a miracle does. When you can’t believe it could be happening and then, in fact, it IS happening – that is a miracle. It think it’s hope. I think it’s possibility.

This is a perfect family show. Tell us why.

JLB: When I was a child in Los Angeles, this is the “seasonal event” that my grandmother would take me to see with my parents and brother and sister. And my grandfather would come along, when he really wanted to stay home to listen to the game on his radio (he preferred sports on the radio to the television). After the show, my grandfather (a man of few words) was so glad he joined and we would all get in our blue minivan together and talk about the show, and we would drive around to see Christmas lights in the neighborhood. What is so great about this production of Miracle On 34th Street is that performances start this week on November 1st making it the perfect family show from a calendaring standpoint.

Talk a bit about the music in the radio play. Are you choosing the carols to be performed?

JLB: The music is clever and catchy and also beautiful. It’s an original score and emulates the sounds of the 1940s with dynamite harmonies and beautiful melodies. And everything is performed live. But there are glimpses of traditional carols that we all know. Although, they are not performed exactly how you might expect. And there are some hidden holiday gems woven into the beautiful underscore as well. I think audiences will be leaving the theatre singing the tunes and wll be filled with the holiday spirit.

How has your background with the Troubies helped you to direct this kind of show? Talk about the unexpected.

JLB: More than anything, working with Garry Marshall for so many years was what informed the detail of how I approached this show. At times in rehearsal, I would find myself saying things that Garry would say, in a Garry-like cadence. And the cast would say, “Garry’s in the building.” He would love that. That has been an interesting extension of Garry’s legacy – actors that never met him, get a “Joe version” of his unique way of communicating a detail of comedy or how to deal with the unexpected. And of course, working with Troubadour for so many years always is part of how I look at stage comedy. Matt Walker was always generous to me when I was in a Troubie show, letting me have the opportunity to invent more ideas or quirks or character business to inhabit the playground. And he would be the first to say that a clown in trouble can possibly be the best laugh of the night.

Do you wish to add anything that I did not mention?

JLB: This is a live musical adaptation of the LUX radio play from 1947. This production is the LA-premiere. And it weaves song and dance and some extra magic into the radio play transcript that was presented over the airwaves seventy-two years ago. This is a fully realized play with a huge original score that is fully designed by a team of LA’s best, and brought to life with 1940s flair by a terrific ensemble cast who do it all.