Actress/singer Pamela Clay has been performing a show she wrote about Edith Piaf entitled Forever Piaf for quite some time to great acclaim! She will perform it locally at Feinstein's Upstairs at Vitello's on October 16. In our conversation she talks about growing up in a musical family and how Piaf's outlook became the cornerstone of her life. 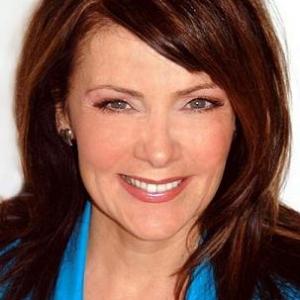 Tell us about your background. As a child, how did you become interested in music? When did you know that it would be your career?

PC: One of the first things I remember was hearing classical music. Both my parents were blessed with beautiful voices, played piano, and my father also played trumpet. Daddy was a child prodigy who played classical piano live on the radio at age five, and when I was three, they put me in the church choir, and enrolled me in piano lessons and ballet. I was cast as “Miss Merry Sunshine” in my Kindergarten’s musical show at age five. An Army brat, we’d move every two years or so, and moved to Paris, France when I was eleven, then onto Germany, where I sang “O Holy Night” solo live on German TV. Somehow “they always found me” and would put me in all the school shows. My senior year of high school, I was cast as Eliza in My Fair Lady, and I think that was when I realized that this could be my life.

Did you speak French as a girl? How and when did Edith Piaf become so important to you?

PC: I was first introduced to the French language in fifth grade in North Springfield, Virginia, just before we moved to Paris, where I attended the American school in sixth grade and S.H.A.P.E’s international school in seventh grade. The curriculum was entirely in French, and I was awarded “Le Prix des Parents d’Eleves” (best student), at the big ceremony at end of the school year. My junior year of college, I happily returned to France, attending the University of Bordeaux, and remained after the year was finished to live in the southern French countryside where I made my living singing. Then I returned to Paris to be with my Parisian ex, Coco Roussel, a world-class drummer, and later to the States where my parents were living in Arlington, VA.

Edith Piaf became important to me the first time I heard her sing “La Vie en Rose” when I was in my early twenties. I knew instinctively that I could sing this song, and started learning some of her other songs, which I’d be hired to sing at private parties, special events and nightclubs in the DC area. When we moved to Los Angeles I met dear Skip E Lowe, and sang Edith Piaf in his weekly Monday night shows until I was hired to be “the French singer” six nights a week at the fabled Moonlight Tango Café. When my ex and I divorced, I abandoned my “French soul” for a time, until I hooked up with Skip E Lowe, and once again started singing every Monday night in his live shows in Beverly Hills. I took Skip to a special SAG screening of “La Vie en Rose” and met Marion Cotillard. That film and her extraordinary performance inspired me to write my own show about Edith Piaf.

Have you performed in Broadway shows in New York or Los Angeles or are you exclusively a cabaret singer?

PC: The choices I’ve made in my personal life have impacted my ability to commit to a full-blown theatre career, and so I’ve always done my best to “grow where I’m planted”. I was blessed to study under the late, great Sanford Meisner who told me I could very well be a “true character actress”, and although the theatre is my first love (with a passion!), I also realize that theatre is like a marriage, demanding a full commitment.

I went to NY to audition for Les Miserables when I was living in the DC area, and just after I left my ex, I auditioned for the LA production. I was shocked that they remembered me from my audition in NY, and was almost cast as Fantine, but it was not to be. During the time in which I’d “abandoned my French soul”, I formed the all-original 7-piece New Orleans-flavored rock band Catahoula with my amazing artist/musician husband, Bruce Bermudez. When Catahoula was busy recording our second album, we weren’t playing out, and I was incredibly frustrated to not be singing. Lou Rawls was a longtime friend of Bruce’s, and encouraged me to get out there and sing – anything, anytime! So my spirit led me back to Skip E Lowe, and besides singing in his weekly Monday night shows, I started singing solo gigs at private parties and nightclubs. Because I’d been singing jazz and cabaret six night a week in DC hotels, in addition to my theatre and rock background, I have an extensive repertoire that includes of course, Edith Piaf. As I always say: “There are a lot of people living in here, and they all want to sing!” 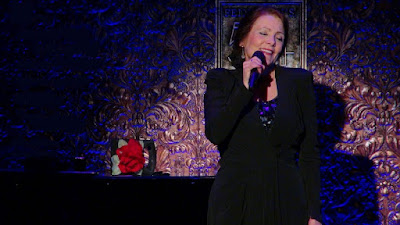 You wrote your one woman play about Piaf. Tell our readers what they can expect to see October 16 at Vitello's.

PC: On October 16th at Feinstein’s at Vitello’s, I will “bring the Little Sparrow to life”, allowing her spirit to “take me over”. I will be “Piaf in concert”, singing her songs in French, and sharing vignettes about her life, as if Piaf herself might do were she given an opportunity to “live again”.


Is this your first endeavor as an artist to put together your own show? If not, what else have you written?

PC: Yes, this is my first endeavor as an artist to put together my own show.

Do you have a favorite performer female or male that you look up to? Anyone you consider a mentor?

Who is your favorite musical composer? Why this choice?

PC: Beethoven. His symphonies are so filled with passion! I recorded his 9th Symphony“Ode to Joy” live singing with the University of Kansas choir my freshman year at KU (what a thrilling experience!), and also adored singing Lerner and Loewe’s fabulous songs from My Fair Lady, as well as Kurt Weill and Bertholdt Brecht’s thrilling songs from Three Penny Opera when I played Jenny at George Washington University to much acclaim. The Kennedy Center came and asked me to come audition for their next production, but my ex told me he’d divorce me if I wanted to be an actress, so I continued to “just be a singer” (and an obedient wife…).

Which of Piaf's songs is your all time favorite? Why this choice?

PC: It would have to be “La Vie en Rose”. Edith Piaf wrote the lyrics herself, and they are quite simply about how when you are in love, you “see life through rose-colored glasses”. This resonates so deeply with me, as I feel almost as if “my rose-colored glasses” are “hard-wired”. My mom always told me what a happy child I was. As an adult I’ve learned that happiness is a choice as well as a commitment. The cards we’re dealt aren’t up to us, but the way we play them is. I’m not saying it’s easy, but for me, it’s the only way to live. Love is all.

There are other singers who have done Piaf like Elaine Page and recently Christine Andreas to great acclaim. What is different about your approach and performance that will make audiences want to see YOU?

PC: I let Edith Piaf “live inside me”, I’m not sure what Elaine Page and Christine Andreas do. For me, the fact I’m singing is incidental, what I’m saying is most important. Edith Piaf told passionate stories with her songs. This is what “hooks me” the most, to strive to tell each song’s story with as much passion and honesty as I can, on the wings of the powerfully written melodies. And it helps to have world-class musicians play with me, such as gifted David Moscoe, who came to New York with me for my big NY debut performing “Forever Piaf!” at Feinstein’s 54 Below in NY. On October 16th at Feinstein’s at Vitello’s, I’ll also have Vince Tividad on upright bass, Coco Roussel* at the drums, Smokey Miles on accordion and featuring Lindsay Gillis* on lead guitar. *(Both Coco and Lindsay also play in Catahoula.)

Anything you wish to add that I did not mention?

PC: I appreciate so very much your having asked me to do this interview! It hasn’t been easy for me to keep my answers brief, as my life has been quite a journey, and there is so much more to say! I also feel an especially deep kinship with Edith Piaf because she was blind when she was very young, and I was deaf, and both of our senses were miraculously restored. I have such big dreams, and believe the best is yet to come. I’m just so excited about everything the future holds, and so grateful for this wonderful journey of life! Thank you so much + I sure hope to see you all at “Forever Piaf!” on Wednesday, October 16th at Feinstein’s at Vitello’s! 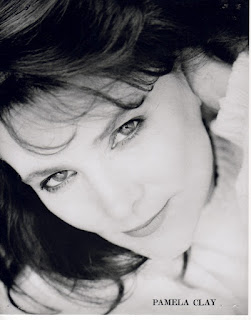 Pamela Clay has a terrific dvd of the show available for sale. Visit her website to purchase: