Interview with Tal Fox of In Trousers

Actress/Producer Tal Fox is about to open in the rarely produced In Trousers at The Lounge. In our conversation she tells us about this and her other theatrical chestnuts. 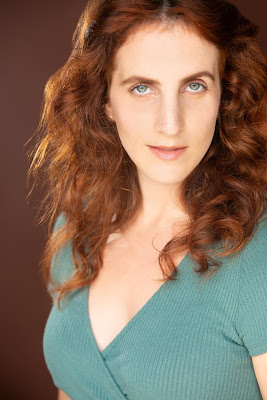 Tal, tell our readers about your acting background. What kinds of roles have you played previously? What role are you essaying here?

I’m a graduate of Pace University’s Musical Theater program in NYC. After college, I joined Actors Equity when I went on tour with a Nickelodeon musical, “Max & Ruby”. I returned to NYC after and worked on some new works, concerts, and plays. I made the move back to California several years ago to pursue some other goals and have been staying active in theater with the Musical Theatre Guild and at venues like The Rockwell Table & Stage. I’m constantly trying to find new opportunities to perform, to build on the craft, and to tell good stories. Theater is the ultimate space to collaborate and connect and I feel really lucky to be an artist who is a part of this upcoming production of In Trousers. I’m grateful that I’ve played parts that have a lot of variety to them (The Actress in Hello Again - desperate for a connection; Pennywise in Urinetown - severe and brash; Lilli/Kate in Kiss Me, Kate - high drama, covers a large vocal spectrum…), and I’m thrilled to be working on such a nuanced character of The Wife in In Trousers, who teeters on the brink of “breaking down” and being so reflective and introspective.

Talk about producing a play or musical. How enormous is this job and do you like wearing this hat as well as that of the actor in the piece? If you had to choose, what would you rather do, produce or act?

Producing a musical is always a large task, but I’m grateful to be working with a collaborative team as part of Knot Free productions. I really enjoy solving puzzles and having produced on several other productions (at 5-Star Theatricals and The Rockwell Table & Stage). Within these, I’ve found another element to this industry that I can take pleasure in, and have some control over. Gathering together the sensational team on this show and putting together all of the other entities, big and small, has been very rewarding. I can see where our hard work is going to pay off and am grateful to help create opportunities for other actors, directors, musical directors, etc. to put on a production; especially one that is so rarely done.

Tell us about In Trousers. It preceeded Falsettos, correct? Why has it been left out of productions of Falsettos? When was it last seen?

In Trousers is the first of a trilogy by William Finn. It originally premiered Off-Broadway in 1979 and then a significantly rewritten version (the one that we will perform) premiered in 1985. Following this show, he used the same Marvin character when he wrote March of the Falsettos which premiered in 1981 and then later Falsettoland, which premiered in 1990. It was not until 1992 that the two latter parts of the trilogy were combined into Falsettos, which ran on Broadway and went on to garner seven nominations at the 46th Tony Awards winning two: the 1992 Tony Award for Best Original Score as well as the 1992 Tony Award for Best Book of a Musical.

In one sense- In Trousers is a prequel to Falsettos as we know it now. In short, it is the story of Marvin, and the women in his life, as he sorts out his issues with intimacy and his sexuality, ultimately trying to figure out what he wants and who he is. It’s very rarely done, but has a cult following, with many fans of the 1979 album, recorded with original stars, Alison Fraser, Chip Zien, Mary Testa, and Joanna Green.

Why was it decided to finally bring it back? What does it contain that the other two pieces do not?

We chose to produce this show, most simply, because it is a beautiful and moving piece of theater that never really got its due. Its hauntingly gorgeous musical score and bold message of self-acceptance were way ahead of their time and we feel will be much more appreciated in today’s culture, especially in an intimate venue.

We are introduced to the three women that most affected Marvin’s development and self discovery: his wife, his high school sweetheart, and teacher. The wife character continues in Finn's latter pieces but the other two characters do not. Also, while the two parts of Falsettos deal with Marvin’s handling of his disjointed family, torn apart by his coming out and leaving his wife, as well as the impact of the AIDS crisis on gay men in the late 80s, In Trousers tells the story of Marvin’s self-discovery and the women he loved and hurt along the way.

Musically, this piece is very unique as well, with one male character singing with three women who are in tight harmonies throughout the score. Furthermore, the music is very freeform and brings us into Marvin’s mind. It becomes a “character” in the show much more than most of his other works.

What are your expectations for audience reaction to the piece?

I hope that people walk out having enjoyed a beautifully acted and sung piece by William Finn. His work is exceptional and this music is challenging and in your face. This musical deserves to be heard by new audiences. I really feel this show was ahead of its time and can be appreciated in a way now that it never could when it was written.

I hope as well, that on top of being moved by Marvin’s specific journey of self-discovery, that audiences will reflect on and appreciate those few moments and people in their life journeys that helped them discover who they really are.

Talk about the rest of your cast and your director.

We’re so lucky to have these gems joining us! Corey Lynn Howe directs- she has developed many plays and has recently directed Next to Normal, Title of Show, Tattered Capes… She’s also a part of A Little New Music and is an advocate for new and rarely done work.

Jake Anthony, our musical director, is a highly sought-after vocal coach and musical director throughout Southern California. Credits include Little Women, Splendora, Songs from an Unmade Bed, Into the Woods… He is also a composer who’s written three musicals that are produced throughout the US.

Our cast: Braxton Molinaro stars as Marvin. He is an exceptionally talented actor and symphonic composer. He brings so much depth and nourishment to this role. Michelle Lane plays Miss Goldberg, his teacher- wait till you hear her sing “Set Those Sails”! Lea Madda plays the Young Sweetheart, and is just that, a delightful doll. Additionally, we are lucky to have Brooke van Grinsven cover all the female tracks (not an easy task! Have you heard this music?!) I am co-producing this piece with Zachary Harris whose producing highlights include Assassins and Next to Normal at the Pico Playhouse.

What for you is the message of this play? Is it any different from the overall message of Falsettos?

In one of my favorite songs from the musical my character sings, “Love me for what I am, not what I try to be. Love me for what I am…someone imperfectly me.” This powerful anthem of self-acceptance is the message of the show. It is this self acceptance that Marvin searches for throughout the piece and the message that we hope our audience will take with them when they leave the theater.