Jazz artist Sylvia Brooks has quite a fascinating background to share with us. In her live concert at Feinstein's Upstairs at Vitello's on October 26 she will sing from her three albums with an eclectic and alluring mix of songs. 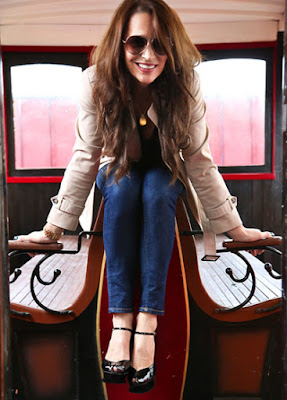 Talk about your album The Arrangement and how it became a breakout in forwarding your career.

SB: Before I started to make this album, I was in a bit of a quandary. I knew that I wanted to explore a variety of styles- and really didn't want to only stick with one idea in order to make the album cohesive. I love Latin music, Classic Jazz, Blues and certain pop songs that I have always wanted to record, like the Beatles "Eleanor Rigby" and Hank Williams "Cold, Cold Heart". And I was familiar with a number of musicians and writers in the Los Angeles area that I have always wanted to work with. So, I reached out to them and asked them if they wanted to be part of this project. There were songs that I thought would be good for their musical voices, and I said, what do you think about doing an arrangement of this...all I asked was that they kept the arrangements consistent with any combination of horns that they wanted to use. I also said, pick your players. So we went into the studio and recorded. I knew that the album's success or failure really depended on my ability to make these writers work sound musically cohesive, so that it all fit together as one piece of work. It was a big risk, but I think it paid off.

What was it like growing up in Miami? Tell our readers about the styles and rhythms that surrounded you.

SB: My father was a well known, first call pianist who loved Oscar Peterson ( he actually taught his book) as well as Duke Ellington. My mother was an opera singer, who later headlined in the big show rooms on Miami Beach, singing jazz and pop - artists like Nancy Wilson and Peggy Lee. Miami is a sensual place- and moves to a different rhythm than other parts of the country... the heat & humidity, the ocean air- the tourists that would come down from New York in the summer. There was a time when Miami was one of the major entertainment capitols in the world. I reference that in the liner notes to my first album. And, without giving myself away, I grew up down there when the wealthiest Cubans had just come over from the revolution. The Cuban culture was magnificent- and I learned a lot from not only their pain and loss of having to leave the country that they loved, but the richness of their lives. It was a wonderful time to be down there.

What was it like coming from a musical family? 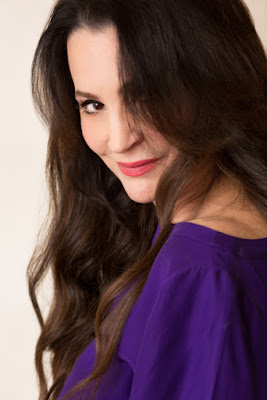 SB: I think coming from a musical family- I rebelled and went into theater- I was classically trained at the American Conservatory Theatre in San Fransisco- and then moved to New York. But because I had a natural voice- I started getting cast in musicals. I had just returned to New York, after playing Anita in West Side Story, and my knee gave out. It was like A Chorus Line! I realized that I could no longer dance- and so I moved to Los Angeles and started over. Luckily, my family was always very supportive of my choices- and my desire to be an artist.

When did you know that music would be your career?

SB: My dad passed away about 12 years ago, and when I was putting his funeral together, and was going through his archive- I had this epiphany that I wanted to sing jazz. I started working with several wonderful musicians here in LA, some of whom will be playing with me at Feinstein's At Vitello's. We ended up receiving The LA Times Critics pick for a series of 6 shows that we were doing. It was at that point that the guys said, let's go into the studio and make an album of this- that's how Dangerous Liaisons came about.

How do you feel about the direction music is taking in 2019? Do you prefer the standards as opposed to contemporary music? If so, why?


SB: I love all music....however I do I tend to like more complex melodic structures, and songs that have a message. There are some wonderful pop songs- that have great messages. I think the problem becomes how to take a classic song and make it fresh. That's something that I try to do. I love writers and performers like Leonard Cohen, Elvis Costello- Bruno Mars- Cecile Mclorin Salvant is doing some really interesting things- at the end of the day, it's all about reaching people. If you are able to do that as an artist, then I believe you are doing your job.

Are there musical styles that you would like to try?

SB: Yes, I'd like like to eventually do a big band album, and a trio album- with a great Jazz trio. I'd also love to do a Brazilian Jazz album. Guess I've got a lot left to do!

Getting back to your upcoming concert on October 26 at Vitello's, what will you be performing? Songs from The Arrangement? What else without creating a spoiler alert?

SB: I'm going to be singing music from all 3 of my albums. And I may be adding in several new pieces, we'll see.

Do you have a music mentor? If so, who is that? Who is your favorite composer? Why this choice?

SB: I remember seeing Lena Horne in A Lady and Her Music when I lived in New York, and she changed my life. I know that I would have felt the same way if I'd seen Judy Garland or Edith Piaf in concert. I love Porgy and Bess- Gershwin, Sondheim, Duke Ellington and Harold Arlen, Joni Mitchell and Laura Nyro. I suppose my mother and father were my mentors. Growing up in a musical household seeped into me when I couldn't even talk yet. I remember my dad bringing trios into the house for rehearsals, and my mom vocalizing. I'm very lucky to have had that.

Jazz is coming back into vogue. How do you want to be remembered as a contributing jazz artist?

SB: It's my hope that my recordings and live performances reach people- and as they are listening, they are taken into their own experiences. I recorded a famous Nancy Wilson song on The Arrangement- called "Guess Who I Saw Today"- and I decided to do it as if I were living in the 50's- before women had the choices that they do today. I felt that it made it more poignant and truthful- as that was what the writer intended. So I suppose that's my mission- to reach people with as much of the truth as I can and be an honest story teller.

Anything that you wish to add? 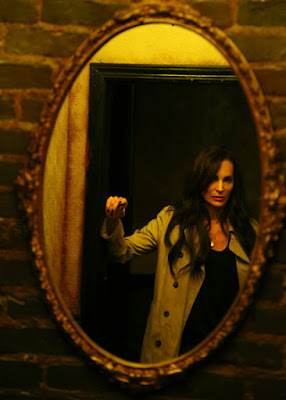 SB: Jazz is a true American art form, and I think it’s so important to keep those great voices alive today- and for generations to come. I want to encourage people to support the arts more here in Los Angeles- go out and listen to our musical community here. There is so much talent, but we need you, the audience. Thanks Don for spreading the word!

To purchase Sylvia Brooks' albums, visit her at
www.sylviabrooks.net